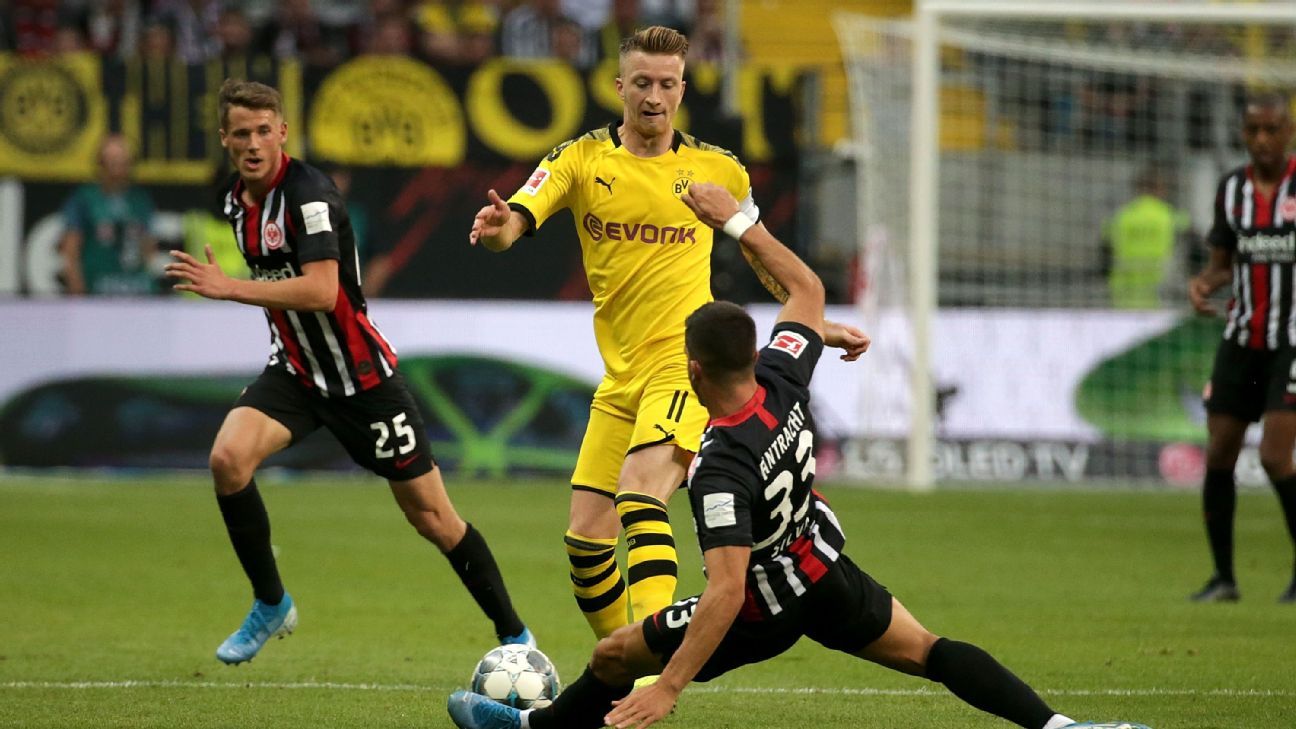 Borussia Dortmund’s Michael Delaney turned a Daichi Kamada shot into his own net in the 88th minute to hand hosts Eintracht Frankfurt an unexpected 2-2 draw on Sunday as his team dropped to third place in the Bundesliga.

Dortmund, fresh from their midweek 0-0 draw at home to Barcelona in the Champions League group stage, slipped to third place in the standings after having only themselves to blame for the defeat after twice taking the lead.

Axel Witsel stabbed in after 11th minutes with the visitors enjoying a whirlwind start and earning a deserved lead.

The Ruhr valley club though inexplicably took their foot of the gas and were cruelly punished for it when Eintracht’s Andre Silva grabbed an equaliser just before halftime.

Dortmund were again on top after the break and England teenager Jadon Sancho tapped in from close range off a Witsel pass in the 66th after home keeper Kevin Trapp had turned a Delaney free kick into the Belgium international’s path.

But they failed to kill off the game and allowed Eintracht to come back into the contest, with Kamada shooting from a tight angle and Delaney inadvertently sending the ball into the back of his own net to give the hosts a point.

“Everything was fine, we went 2-1 up and had control of the game,” Dortmund captain Marco Reus told reporters. “If we used our chances we would have made it 3-1 and the game was finished.”

“We have to be able to hold on to the 2-1. We failed to do that. We have to be much more solid in the last five minutes,” he said.

RB Leipzig are top on 13 points after a 3-0 win at Werder Bremen on Saturday. Champions Bayern Munich, who crushed Cologne 4-0, are in second place on 11 above Dortmund on 10.

Borussia Moenchengladbach also have 10 points after a late double from Marcus Thuram saw them come from a goal down to beat Fortuna Duesseldorf 2-1 earlier on Sunday.