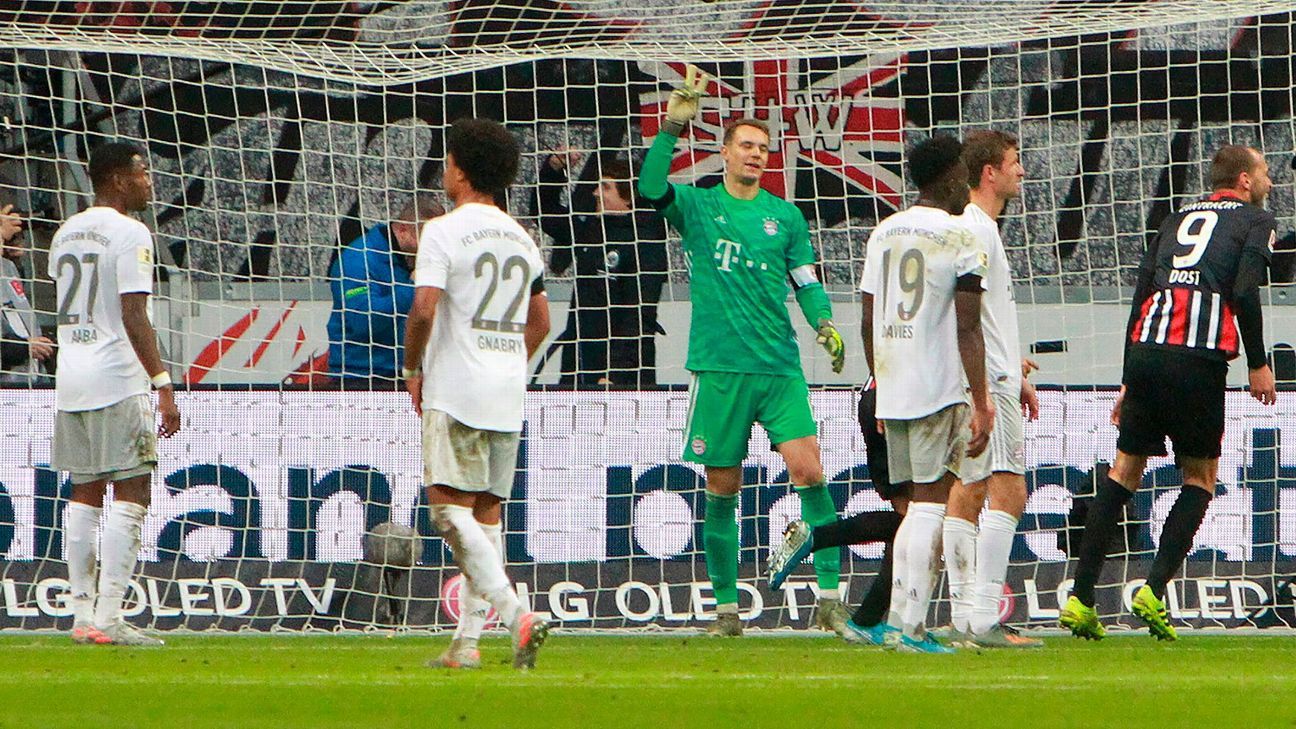 Eintracht Frankfurt crushed 10-man Bayern Munich 5-1 on Saturday to send the visitors down to fourth in the Bundesliga, four points behind leaders Borussia Moenchengladbach, who won 2-1 at Bayer Leverkusen.

First-half goals from Filip Kostic and Djibril Sow put the hosts in the driving seat, with Bayern down to 10 after the ninth-minute dismissal of Jerome Boateng.

The Bavarians briefly cut the deficit through the league’s top scorer Robert Lewandowski, who has now netted at least once in each of his side’s 10 league games, but David Abraham restored Frankfurt’s two-goal cushion in the 49th minute.

Martin Hinteregger‘s header on the hour made sure of the three points before Goncalo Paciencia worsened Bayern’s afternoon, piling more pressure on embattled coach Niko Kovac ahead of next week’s big clash with Borussia Dortmund.

“I cannot say, you have to ask other people,” Kovac said, when asked whether he still enjoyed the backing of the Bayern bosses.

“I cannot blame the team. With the red card all our plans went out the window. We were then 2-0 behind and had phases where we dominated possession. But after we went down 3-1, we deserved to lose.

“You could see again today that we make simple mistakes that are instantly punished,” said Kovac, a former Frankfurt coach, who had infuriated Bayern fans this week by praising his former club’s fans as the best in the league.

In a sign that Kovac’s fate could be sealed sooner than later, the club announced after the game that their public training session for Sunday had been cancelled.

The heavy defeat came in Thomas Muller‘s 500th game in all competitions for Bayern, with the striker’s future at the club seemingly dependent on Kovac’s.

Gladbach, on 22 points, increased their lead at the top to three over Dortmund, who beat Vfl Wolfsburg 3-0.