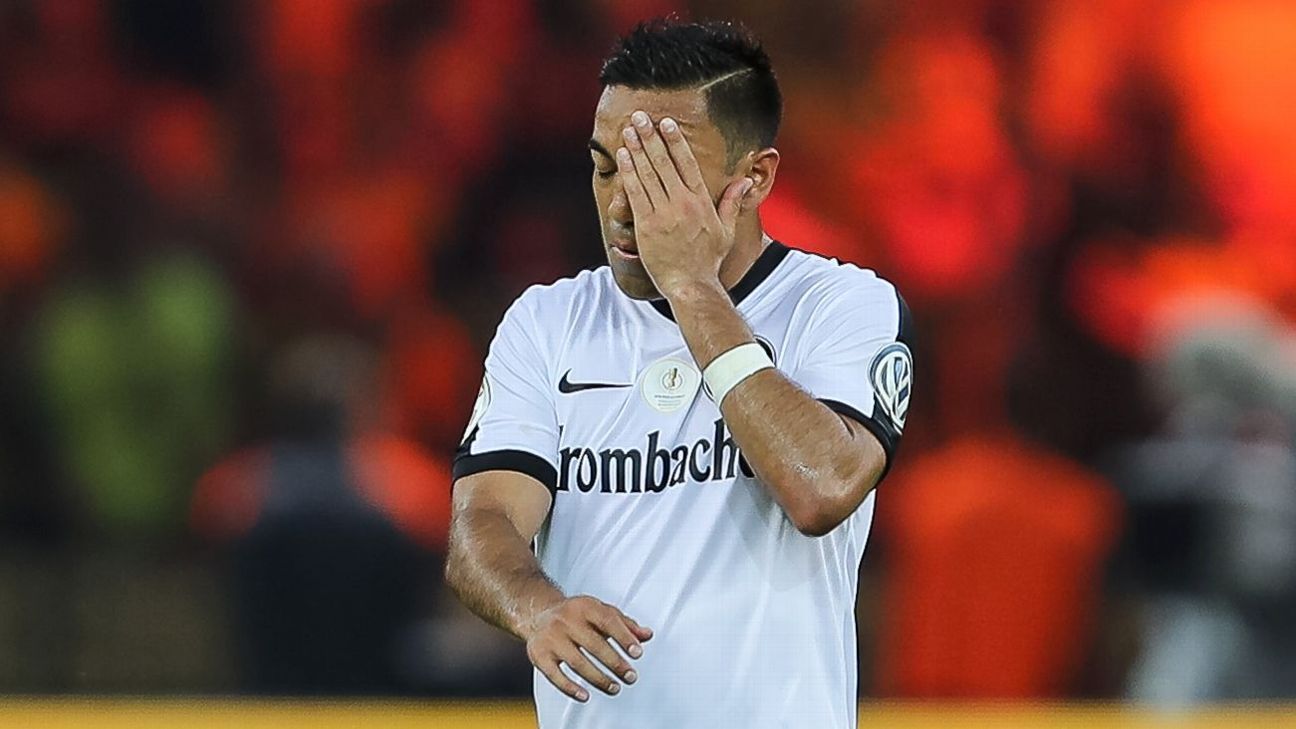 
Eintracht Frankfurt have confirmed Mexico international Marco Fabian is set for a two-month spell on the sidelines because of lower back problems.

Having made a late return to Frankfurt team training following his involvement at the 2017 Confederations Cup, Fabian featured in just two training sessions for Eintracht in their summer camp in Italy before he was sidelined.

Frankfurt coach Niko Kovac said last week that the 28-year-old had an issue with his left knee, although he said the source of the problem was not clear.

An announcement on the club’s official website on Tuesday then said the midfielder would miss two months with “recurring problems in the lower back region.”

The statement added that Fabian, who missed parts of the 2016-17 season with back problems, is “set to miss around two months.”

Sporting executive Fredi Bobic vowed the club will “support him as best as we can” and said: “We really regret Marco’s absence and hope he can return soon.”

Elsewhere, Portuguese media reported that Frankfurt keeper Lukas Hradecky is set for a move to Benfica worth up to €8 million.

The Finland international has entered the final 12 months of his contract at the Waldstadion, and Bobic remained relaxed about the rumours.

He said: “We won’t join the speculation. We calmly take note of what is written in Portuguese papers.”