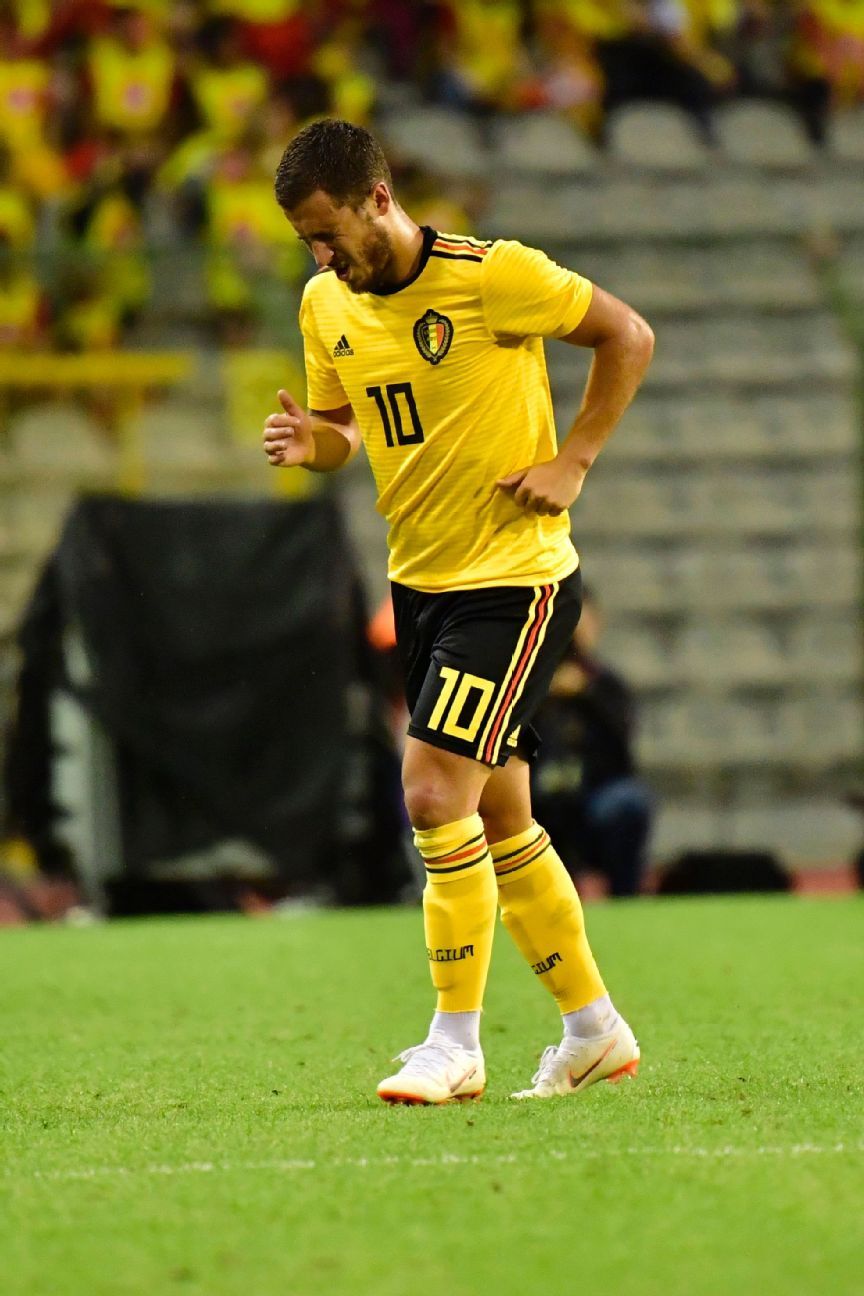 
Belgium coach Roberto Martinez has said playmaker Eden Hazard “will be totally fine” after he had to come off in the second half of the 4-1 friendly win over Costa Rica on Monday.

Chelsea star Hazard limped to the sidelines after being caught by an opponent, but Martinez told Belgian media there were no concerns ahead of the World Cup opener against Panama next Monday.

“He took a knock on his leg, it’s a dead leg. He’ll be totally fine,” the coach said. I thought he looked really strong. He had to ride a few challenges, as you would expect.

“He played in a really good position, a bit more centrally, where he found a bit more space and could link up with Romelu Lukaku and Dries Mertens. I thought his positioning was very clever.

“He looked strong, he looked sharp, and that’s the positive outcome of his performance.”

Hazard shone behind Manchester United forward Lukaku, who scored twice, and Napoli’s Mertens, who was also on target.

“I’m not very worried about Eden, he’s a solid one,” Lukaku told reporters. “Sometimes he takes a knock, but he recovers quickly.”

Belgium are heading into the tournament on a 19-match unbeaten run and will face Panama in their Group G opener on Monday. Tunisia and England are the other teams in the pool.

FIFA’s semi-automated offside VAR technology to go into development in 2021
David Alaba needs a reality check, Dortmund will struggle to catch Bayern
Gerard Pique’s injury could signal end of Barcelona era
Germany’s 6-0 loss to Spain is not even their worst
Fed up Messi ‘tired’ of being blamed for all of Barcelona’s problems