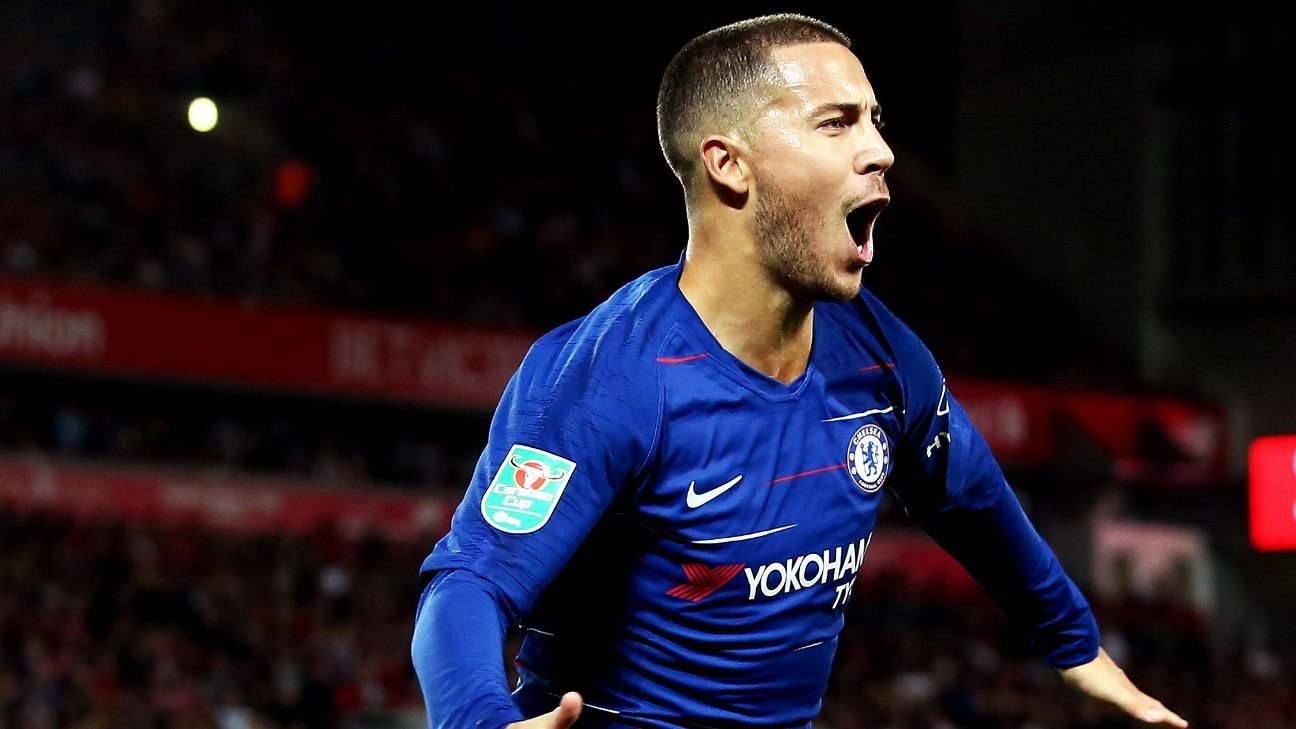 
Alvaro Morata has said Eden Hazard will not force an exit from Chelsea but would be happy to move to Real Madrid if both clubs come to an agreement.

Hazard said this week it remained his “dream” to play for Madrid and he wanted to “make it happen,” but made it clear he did not want to damage his relationship with Chelsea.

Speculation that Madrid president Florentino Perez will move for Hazard followed, with 85 percent of fans polled by AS wanting a deal done in the January window.

Marca’s front page on Wednesday morning claimed a transfer next summer was the most likely option when Hazard’s price would be lower due to having 12 months left on his contract, and Morata confirmed that is a possibility.

“If [Hazard] has spoken so clearly, it’s because that is the situation,” Morata told Cuatro when asked from Spain camp about Hazard’s comments.

“It is not that he wants to leave Chelsea, but if Madrid come in for him, there would be nothing blocking him. It is not like other cases where players force an exit, he has a contract with the club.

“It should be a good deal for Chelsea.”

Hazard, 27, has long been linked with a move to the Bernabeu, and was keen to work under childhood hero and former Madrid coach Zinedine Zidane.

El Pais reported that Zidane’s resignation at the end of last season was directly linked to club chief Perez going back on a previous plan for the summer window which involved selling Bale and bringing Hazard to the Bernabeu.

Zidane’s replacement Julen Lopetegui is already under pressure after four defeats in his first 11 games in charge. Madrid have gone almost seven hours with scoring, losing three of their last four games.

But Morata said he felt sure the team would come through a difficult period.

“There is no season where Madrid do not go through difficult moments,” said Morata, who joined Chelsea from Real Madrid in 2017.

“When [Benzema] starts to score goals, Mariano [Diaz], Bale, Marco [Asensio] — they will score many.

“The ball does not want to go in sometimes. But all who are now wanting to see Madrid lose will be sorry by the end of the season.”