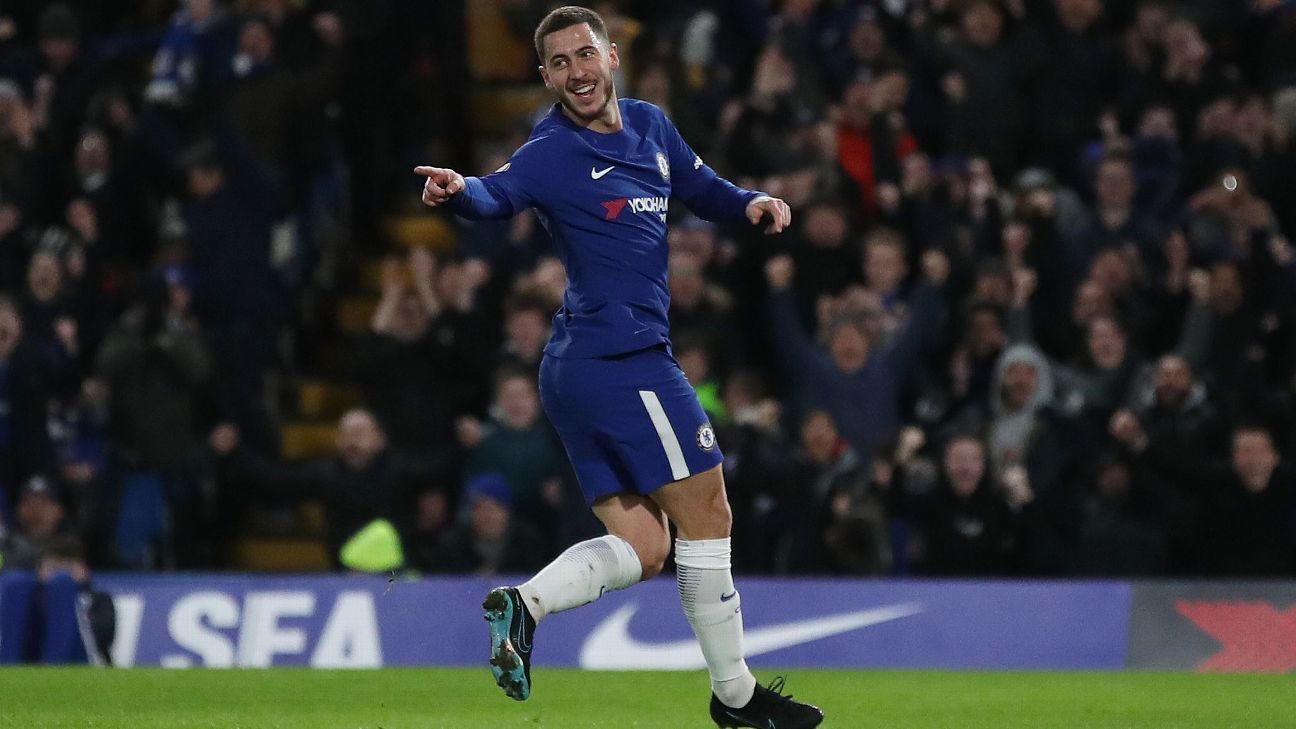 
Eden Hazard is set to line up as a false No. 9 as Chelsea face Barcelona in the Champions League clash on Tuesday.

Chelsea boss Antonio Conte decided on a 3-4-3 formation without strikers Alvaro Morata or Olivier Giroud, who are both on the bench.

Hazard starts up front with Willian and Pedro Rodriguez, in front of a midfield of Victor Moses, N’Golo Kante, Cesc Fabregas and Marcos Alonso.

Cesar Azpilicueta captains the side from the back next to Andreas Christensen and Antonio Rudiger.

Barcelona named an unchanged side as expected, with Lionel Messi and Luis Suarez pairing up top in front of Paulinho.

That leaves the likes of Ousmane Dembele on the bench at Stamford Bridge.