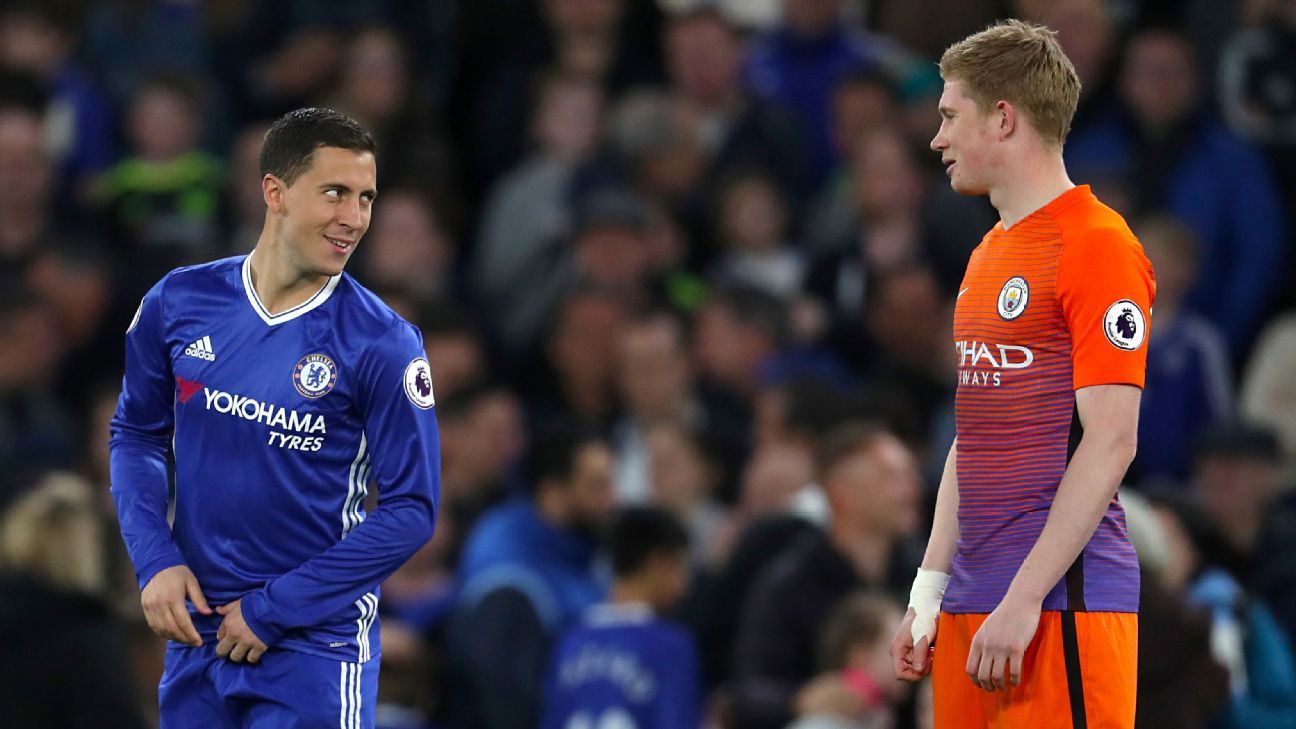 Hazard, who won the award himself in 2014-15 alongside the FWA Footballer of the Year, will come up against De Bruyne at the Etihad on Sunday.

“I think there are three: Kevin De Bruyne, Mohamed Salah and Harry Kane,” he told Sky Sports. “I voted for Kevin De Bruyne. He is the best. I could have also voted for Salah because I played with him and he’s my friend but Salah is more a striker than a player.

“Kevin has got everything. He defends, crosses the ball, assists and scores goals in big games. For me, he is the best this season.”

De Bruyne has been a standout performer with 11 goals and 19 assists in all competitions and has clearly impressed his rival and friend.

“He’s fantastic,” Hazard added. “He’s clever on and off the pitch. He’s in full confidence as he’s playing in the best team in the Premier League this year.

“When he’s on the pitch with good players, he’s one of the best in the world. Every time he has the ball at his feet, he can do something magic.

“He doesn’t score a lot of goals but he can create something with just one movement or pass. It’s simple, he’s a special player.

“City are a team, though, not just one player. I can tell my team-mates to stop De Bruyne or [Sergio] Aguero but they have 11 players, they are not just two players.

“I’m happy to see Kevin before kick-off but for 90 minutes I’ll try to forget he’s my friend. I like to make jokes with my friends in the tunnel but as soon as the referee blows the whistle I’m focused on the game.

“After the game — win lose or draw — I will shake his hand and say, ‘See you in March with the national team’.”