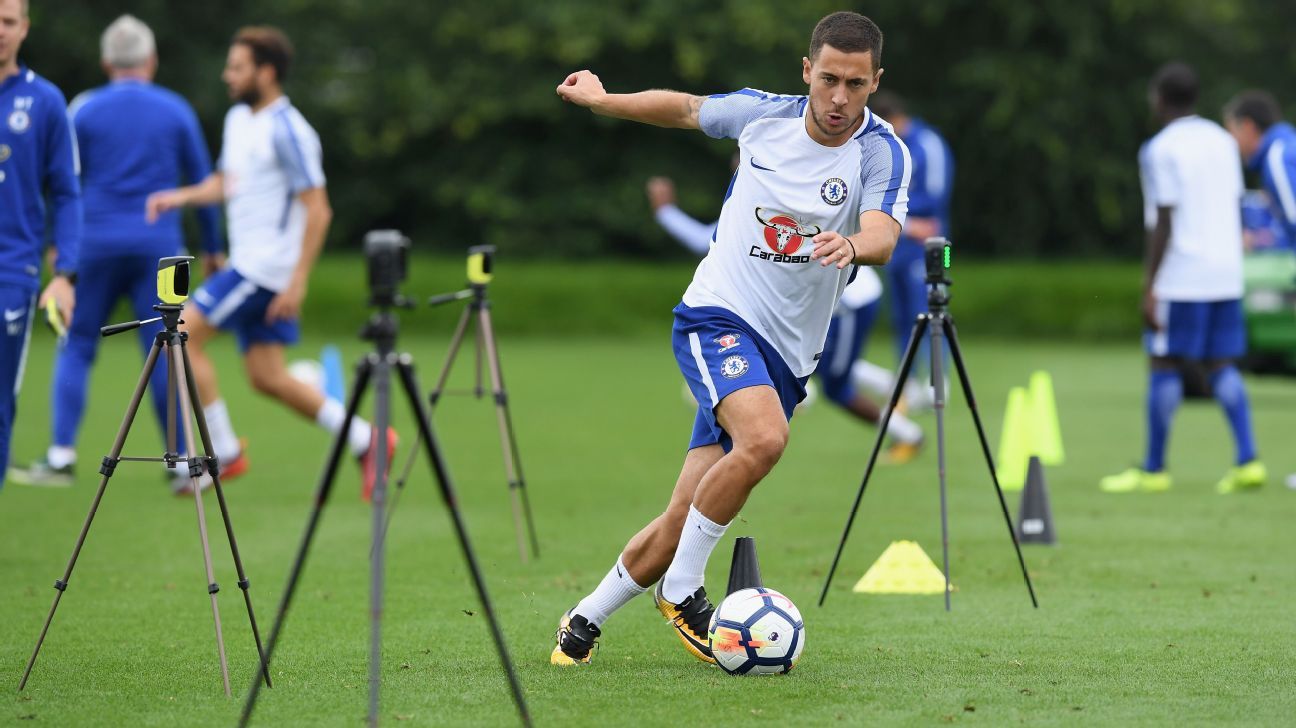 
Antonio Conte showed he can mix things up in training on Thursday by getting his Chelsea players to go up against speed guns at Cobham in an exercise aimed at testing their dribbling skills and agility.

Pictures from the session showed Eden Hazard, Willian, Tiemoue Bakayoko and Michy Batshuayi all taking part in the exercise, which required the players to dribble around cones at pace while the speed guns measured their performance.

Conte is famed for his comprehensive tactical training sessions prior to every match, so the dribbling drill represented an interesting break from routine.

The sight of Hazard taking full part with his teammates as he steps up his recovery from a broken ankle will please Chelsea supporters, but it is unlikely that the Belgium forward will be fit enough to feature against Everton on Sunday.

Ronald Koeman will be a relieved man if Hazard is not involved, particularly since the 26-year-old made his Everton defenders look no more formidable than a set of training cones and speed guns during last season’s 5-0 demolition at Stamford Bridge.