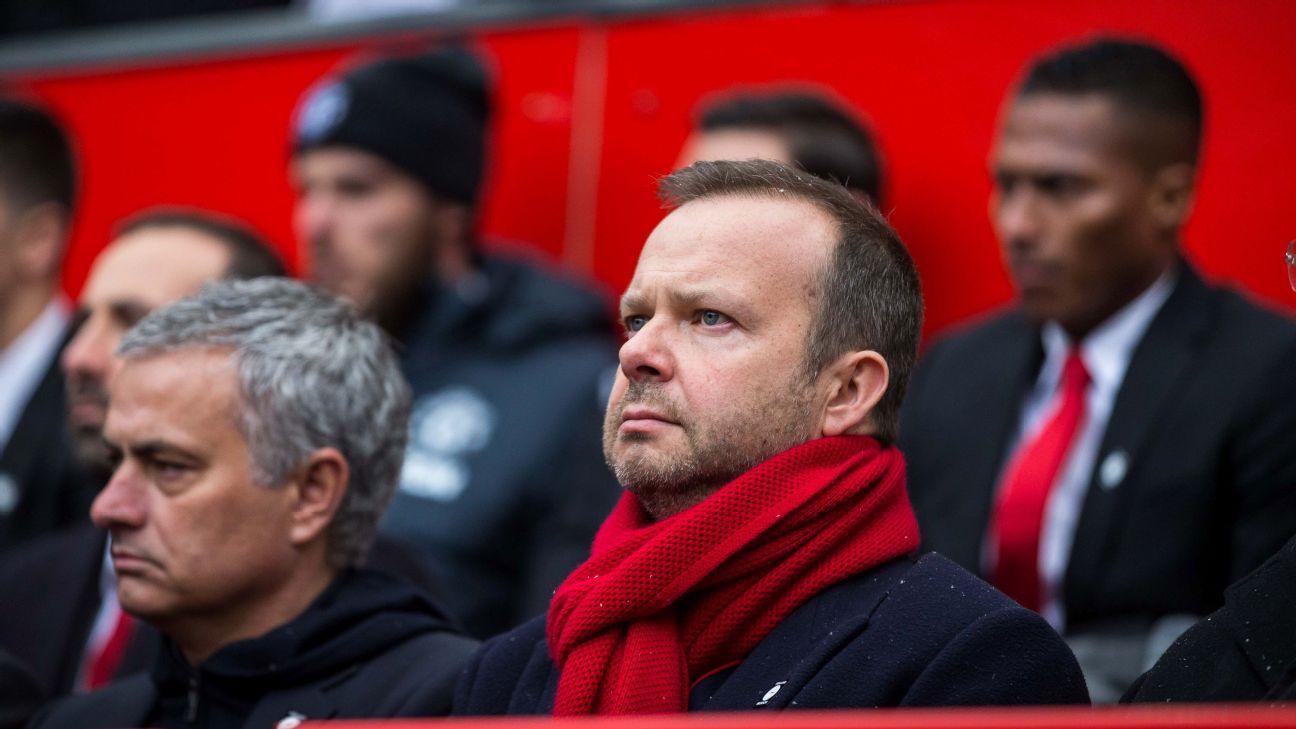 
For Ed Woodward, Manchester United’s executive vice-chairman, the next six months will make or break his reputation — and possibly his career. He left the Cardiff City Stadium as a happy and relieved man after Ole Gunnar Solskjaer’s first game as caretaker manager ended in an emphatic 5-1 victory just four days after Jose Mourinho’s sacking. But Woodward, a former investment banker, will surely know that the hard work has only just begun.

First things first, Woodward’s job as the man who runs United on a day-to-day basis will remain the safest at Old Trafford while the Glazer family continue to own the club. Having played a key role in facilitating the Glazers’ leveraged takeover back in 2005, when he worked in JP Morgan’s mergers and acquisitions team, Woodward has forged such a strong relationship with the American owners, particularly Joel and Avram Glazer, that one source told ESPN FC that he would be “the last man standing at United if they [Glazers] had to make everybody redundant apart from the guy who stayed to keep the lights on.”

But Woodward is also a man who wants to be respected and liked. He takes criticism to heart and has felt let down by some of the negative comments and coverage over the years. In the tough, unforgiving world of football, his lack of cynicism and a streetwise edge has counted against him.

Only he knows how much more criticism and ridicule he can take if he fails to make the right decisions between now and the end of this season. He might be rock solid under the Glazers, but how long will Woodward want to carry on if he continues to be regarded as a man who is better at his old job than his current one?

Having sacked Mourinho last Tuesday, following a series of telephone conversations with the Glazers last Monday, Woodward has taken the first step towards getting United to where the club believes it should be. With Mourinho gone, Woodward can press on with the task of recruiting a world-class manager to rebuild the team at the same time as identifying and hiring the technical director that, until recently, he and the Glazers were so insistent was not required by United.

In 2013, when Woodward succeeded David Gill as the club’s most senior executive, there was a tangible sense of naivety about the man whose previous role was to make United the most appealing brand in world sport for potential sponsors. He was so successful in that job that it was perhaps inevitable he believed he would be similarly outstanding when it came to doing deals in the transfer market and overseeing United’s footballing success.

But those first six months were so shambolic — Woodward was not helped by inheriting an ill-equipped and out-of-his-depth David Moyes as manager — that the 47-year-old is still judged by his early false steps.

Moyes had been told that United had the money and ambition to sign Cristiano Ronaldo, Gareth Bale and Cesc Fabregas, but he ended up with Marouane Fellaini in the final minutes of the transfer window as Woodward was outflanked by Real Madrid, Barcelona and a variety of agents when it came to landing the bigger names.

When United’s form nosedived under Moyes, Woodward made clear his belief that it would be a one-year blip because United, in a sporting sense, were too big and too rich to fail. He spoke of selling the dream to prospective signings of being the players to revive a great club, but five years on, the cycle of underachievement has not been broken. There have been too many bad signings and misjudged appointments — not all Woodward’s fault — and it seems that only now, in the wake of the decline under Mourinho, have United finally realised their mistakes of the past five years.

Woodward accepts that United need a technical director, having initially claimed that the club’s old-school model of manager and chief executive working in tandem was the one for them. That appointment would already had been made but for Mourinho’s resistance to having such a figure parachuted into the position while he was manager.

There is also a realisation within United that their wealth and commercial power is not a panacea for all the team’s problems. The painful reality has dawned on them: money cannot buy everything.

Woodward and the Glazers also accept that constant talk — some would say boasting — of United’s revenue streams is not good for business while the team is not winning, even though the money continues to pour in.

Finally, after five years and almost a billion pounds spent on new signings, United have realised that they need to be a football club again.

But having reached that epiphany, Woodward must follow it through and show himself to be as smart, decisive and tough as his counterparts such as Ferran Soriano at Manchester City or Daniel Levy at Tottenham. Woodward has to prove to his critics, including former United greats such as Gary Neville, that he can implement a structure at Old Trafford that will be fit for purpose and good enough to make the team competitive again in the Premier League and Champions League.

Woodward has already sanctioned the overhaul of the club’s academy and scouting network and, from the youth development side at least, that work is beginning to bear fruit, with United’s youngsters knocking holders Chelsea out of the FA Youth Cup.

But Woodward will not be judged by the results of the youth team. His reputation will be shaped by what happens on the pitch and how many times United win the Premier League and Champions League. And despite the mistakes of the past, if Woodward gets it right over the next six months, he will finally get the respect that he craves.