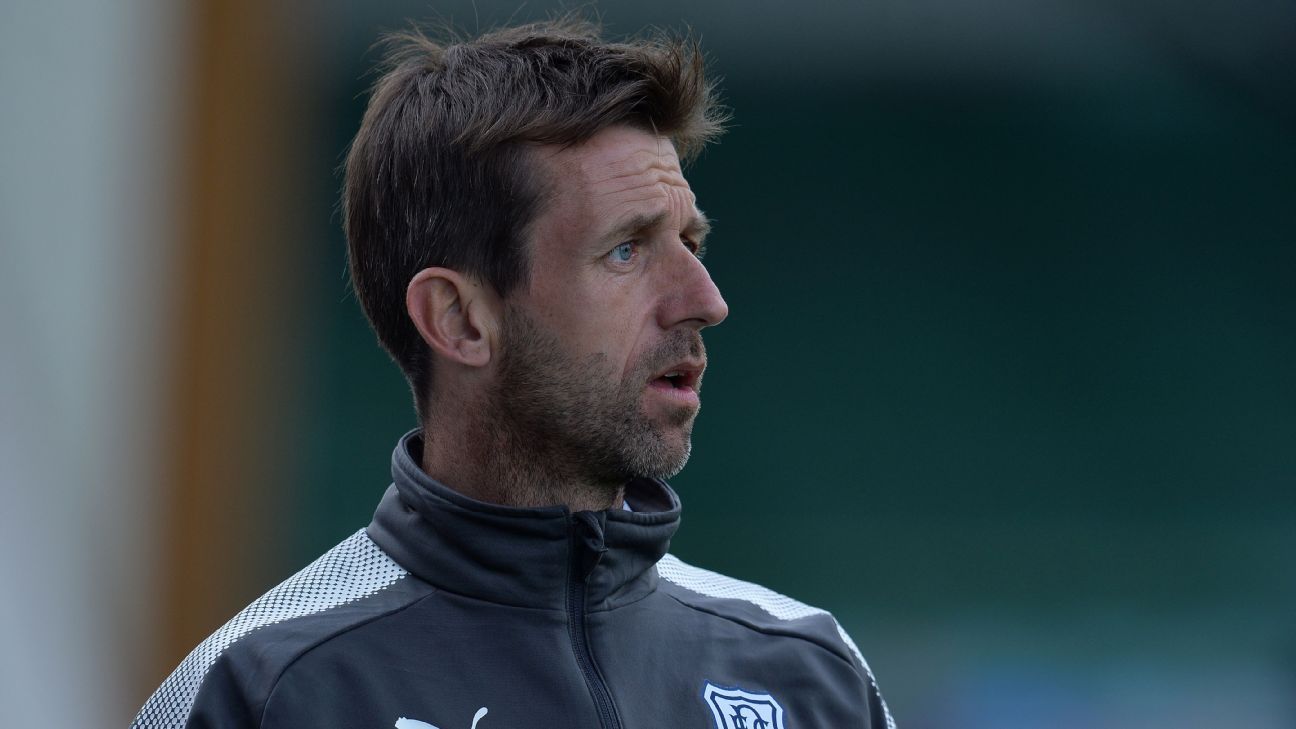 
Dundee suffered a heavy defeat in their first game of the preseason schedule, though in fairness they were ever so slightly outnumbered by their opponents.

As part of a family fun day to launch the club’s new away kit, the Dees squared off against a team of 100 local schoolchildren.

“See the big guy? No. 22? You get him. Wherever he goes, you go,” McCann joked. “He gets the ball, you go for his legs, you tackle him, you kick him. Anything goes… within reason!”

Lo and behold, the swarm of kids went on to record an impressive 5-2 victory over their senior counterparts.

“It was the guys’ first defeat of the preseason but I’m hoping they’ll learn from it,” McCann told The Courier.