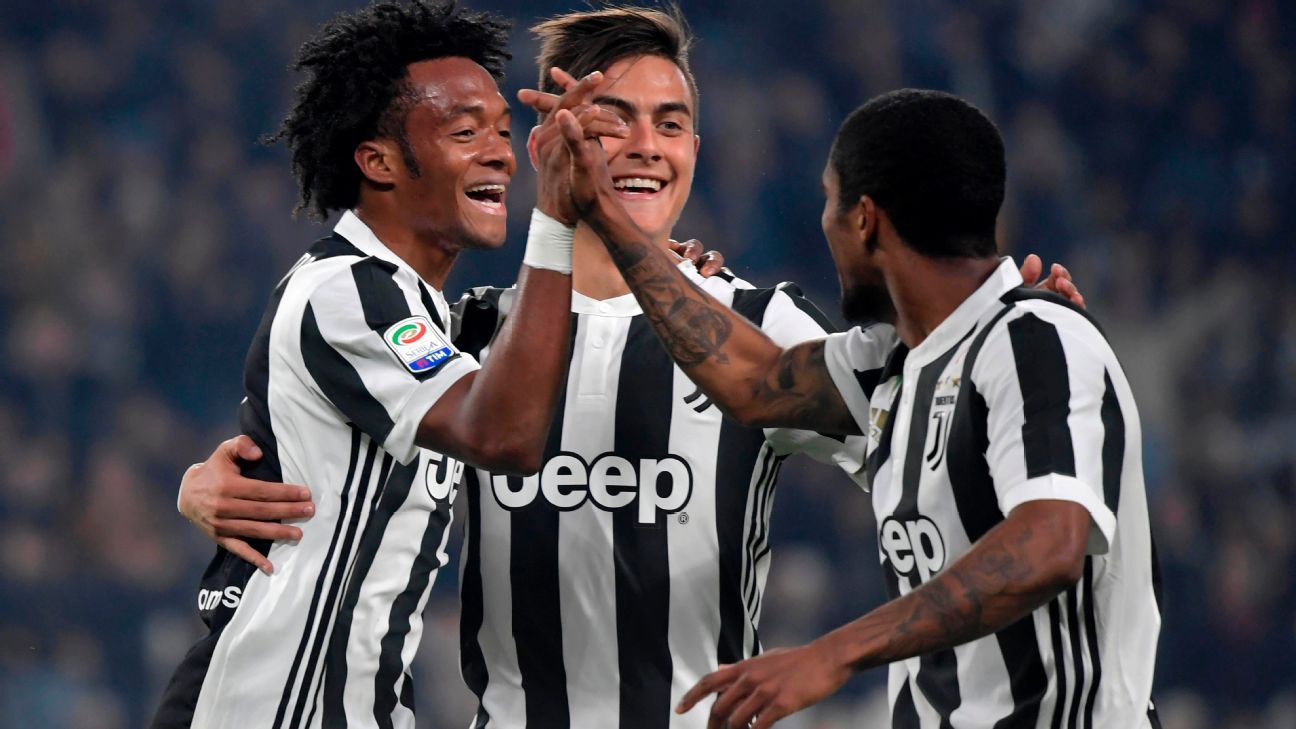 
Despite thrashing SPAL 4-1, Juventus put in an error-strewn display that angered Massimiliano Allegri, forcing him to admit that the performance must be considered a step back to what the team produced against Udinese over the weekend.

Taking control of the game, Juventus scored two goals in the opening quarter only to surrender to their usual complacency, allowing SPAL to get back into it. A side that is considered inferior, SPAL not only scored one but also managed “an equaliser” only for it to be ruled offside.

Their defence, however, could not withstand the talent of Juve’s attack and the Bianconeri scored another two to seal all three points.

Positives: Douglas Costa put in a man-of-the-match performance on the left, helping to create, inspire and ensure success. He not only managed to deliver two assists for his teammates to convert but he made his decisions quickly, utilised his pace effectively and contributed to both phases of the game, dropping back to help when necessary.

Negatives: The defending for SPAL’s goal was downright poor. Federico Mattiello was not marked on the edge of the box, leaving him all the time in the world to deliver a perfect pass for Alberto Paloschi to score. This is not acceptable for a side that was once renowned for having the tightest of defences.

6 — Massimiliano Allegri continues to suffer anxiety on the sidelines as he watches his team drop their intensity and concentration, and more must be done to guarantee their fighting spirit for the duration of the game. With possession cheaply given up and defending that belongs in the amateur leagues, more must be done to improve this Juve side and return it to the heights of last season. His substitutions did prove excellent once again though.

GK Wojciech Szczesny, 6 — Nothing he could do on the goal and barely tested by a SPAL side that created but struggled to shoot with any precision.

DF Stephan Lichtsteiner, 5 — His poor man-marking skills allowed Paloschi to score. Defensively the player has been poor on more than one occasion this season.

DF Daniele Rugani, 6 — Reckless in his defending and lacking in composure but his positioning was better, allowing to make some good interventions.

DF Andrea Barzagli, 7 — Excellent challenge on Paloschi to rescue Juventus early in the second half. Really rather impressive throughout, winning back possession and halting the opposition when his teammates struggled. Very accurate with his long balls.

DF Alex Sandro, 6 — He’s defensively not the best at the moment, taking too many risks and surrendering to complacency. Moved well in attack and combined with Costa ahead of him.

MF Rodrigo Bentancur, 5 — He must speed up his play and make his decisions quicker. In essence his presence added little value to the midfield as he not only was dispossessed with ease but struggled to provide inspiration and precision in his passing.

MF Sami Khedira, 7 — His intellect allows him to add so much value, knowing exactly what to do practically all the time. His positioning always perfect, his runs always valuable, he offers the side balance.

MF Federico Bernardeschi, 6 — Scored an outstanding goal to set Juve on their way but failed to make incisive runs or provide the spark his counterpart on the left managed. Only one accurate cross and no key passes, Bernardeschi must help create play.

MF Paulo Dybala, 6 — A delightful free kick ensured he scored Juve’s second and the player did move well on the pitch, but after such a terrific start to the campaign, Dybala is looking a little ordinary recently.

MF Douglas Costa, 8 — Excellent performance from the Brazilian, who introduced fluidity to Juve’s attacking game. Combining perfectly with Alex Sandro, he delivered the assist for Bernardeschi’s goal and the perfect cross that allowed Cuadrado to score the fourth. Helping out in both phases of the game, the player is channeling his talents well and improving.

FW Gonzalo Higuain, 6 — Scored, battled and worked hard for the team but still not playing at the level required of him. Although, he is steadily improving.

MF Juan Cuadrado, 6 — Came on to provide more incisiveness than Bernardeschi managed and he immediately set up making interesting runs, scoring a powerful header to secure the result.

MF Miralem Pjanic, 6 — His arrival into the pitch meant Juventus could better control the game.

MF Claudio Marchisio, N/A — Barely on for long enough to make an impact, although he did deliver a perfect ball to the front but Higuain was ruled offside.