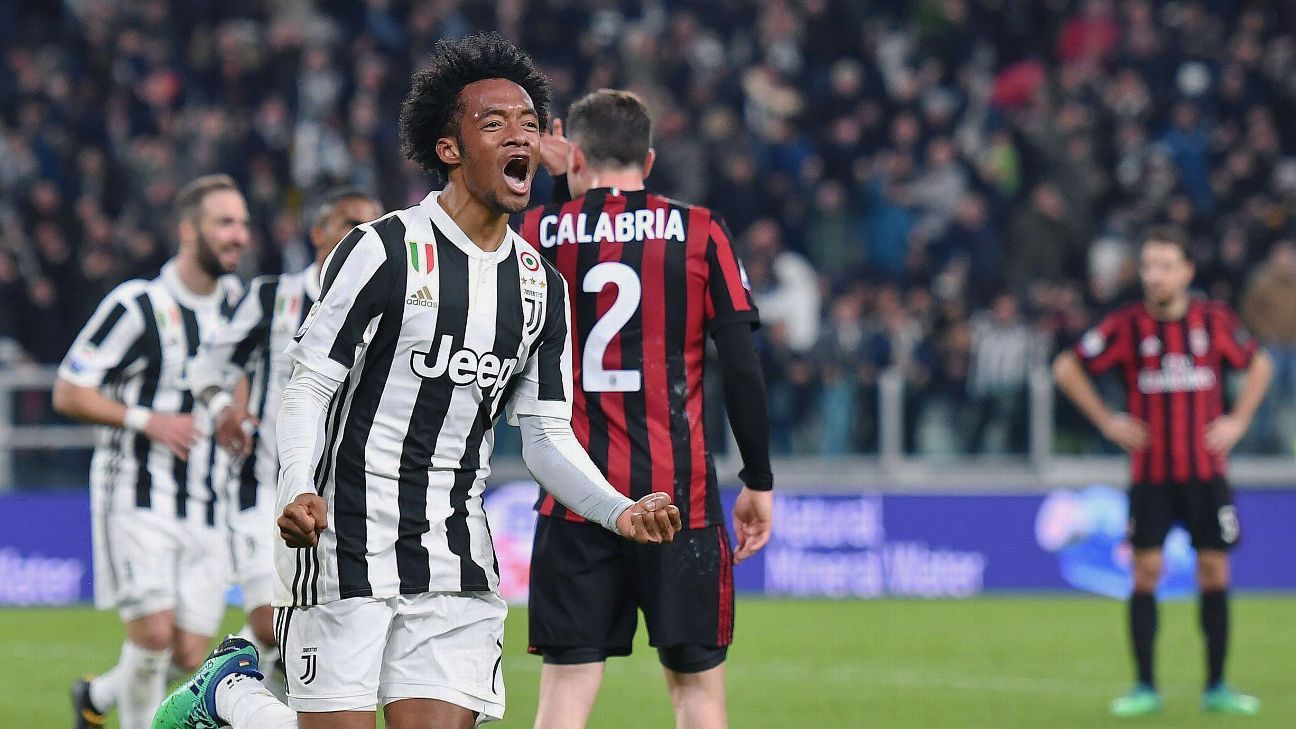 
In the most anticipated tie of the Serie A weekend, Juventus defeated Milan 3-1 to extend the gap at the top of the Serie A table and prove their efficiency.

Despite scoring an early goal, Juventus were mediocre at best for much of the match, relying on individual moments of brilliance as opposed to working as a team to overcome a well-organised side.

Milan reacted well to going down a goal in the sixth minute and proved better for much of the game thereafter as they pressed Juve, pushed them back and stopped them from going forward as a team. When they finally scored their well-deserved equaliser, the home fans began to worry.

However, the Bianconeri boast experience, depth and intelligent players who can always change the face of the game. Massimiliano Allegri opted to throw on Douglas Costa and Juan Cuadrado in the second half and together they brought energy back to the attack while Sami Khedira’s intellect ensured superiority.

Another three points for the Old Lady.

The squad depth is proving important. Juventus can start matches with the brilliance of Paulo Dybala, the sacrifice of Gonzalo Higuain and still have the option to introduce the likes of Cuadrado and Costa, who have the pace and skill to change the face of the game.

Barring the fact that Juventus are less reliant on playing as a team and more dependent on individual play, the more worrying aspect of their performance is that they once again lost control and interest in the match after scoring an early goal. Juve continue to invite sides back into the game and lose the will to attack and control if they score early. While they are good enough to win a game in 20 minutes against sides like Tottenham Hotspur and Milan, they cannot always take such risks, especially since their next opponents might not be so inefficient with their scoring opportunities.

6 — Allegri’s substitutions changed the game while he kept faith with Khedira, keeping him on despite a poor first half. More importantly, his players never give up and always look to win. However, Allegri’s side are struggling to play with fluency and unity to keep control of the match throughout the 90 minutes. Milan looked better as a unit and had they boasted better individuals, may have well won the match.

GK, Gianluigi Buffon, 6 — Had to be alert, as he never knew what Milan would try from distance. There was nothing he could do on the goal but was always focused and authoritative between the post to ensure safety at the back.

DF Andrea Barzagli, 6 — Troubled by the opponent and was part of the blame for Leonardo Bonucci’s goal. Wasn’t offered much support from the midfield and was often left exposed but had a great moment in the second half when he ran back to stop Suso in his tracks.

DF Mehdi Benatia, 6 — A mature and important performance at the back from the Moroccan, who proved the best at the back. Played with authority and proved composed in the vital moments.

DF Giorgio Chiellini, 5 — An emotional performance from the player who was also at fault for Bonucci’s goal and looked out of sorts. Aggressive, dramatic and not as composed as usual, but he can still be relied upon even when he’s not at his best.

MF Stephan Lichtsteiner, 4 — He conceded the corner that led to Bonucci’s goal and looked overwhelmed whenever Milan pushed forward. Could not produce accuracy or even get the basics right under the pressure.

MF Sami Khedira, 7 — A bizarre performance. Poor for much of the game to provoke jeers from the crowd, he didn’t do enough to help support the team defensively, often leaving Barzagli exposed. However, he sprang to life when it mattered, reading the moments well to change the face of the game with his positioning and decisive play. Delivered a sublime assist for Cuadrado and scored the third Juve goal.

MF Miralem Pjanic, 5 — Where did the real Pjanic go? Another game and another disappointing performance from the player, who is struggling to play with character and authority. A few good moments here and there, both in attack and defence, but looked lost and void of confidence on the whole, destabilising the team in midfield.

MF Blaise Matuidi, 5 — Barely completed any passes, poor in possession and incapable of helping the midfield assert itself. Not the usual Matuidi and we hope we see a better version against Real Madrid.

MF Kwadwo Asamoah, 6 — Had many moments of difficulty and inaccuracy but also played with determination, always trying.

FW Paulo Dybala, 7 — What a sensational goal to open the scoring! Dybala played with character and with intelligence in an important match. He looked to create danger, always looked to relieve the pressure when pushing forward and delivered the assist for Khedira’s goal.

FW Gonzalo Higuain, 6 — Well-guarded and defended against but Higuain tried, combined well with Dybala and always attempted to break away and create danger but struggles when the side doesn’t play as a unit.

FW Douglas Costa, 7 — Showed off his sublime ability to evade his markers but struggled initially to produce decisive actions thereafter. However, his accelerations and determination eventually produced the results. He never gave up on a ball and was always looking to provide a key pass or an accurate cross, helping to change the face of the game.

FW Juan Cuadrado, 7 — What a performance from the player who announced his return to the side. He read the game well, showed composure and played with character, scoring the goal to relieve the pressure off his team.

MF Rodrigo Bentancur, N/A — His arrival ensured greater balance in the midfield and he played with determination.