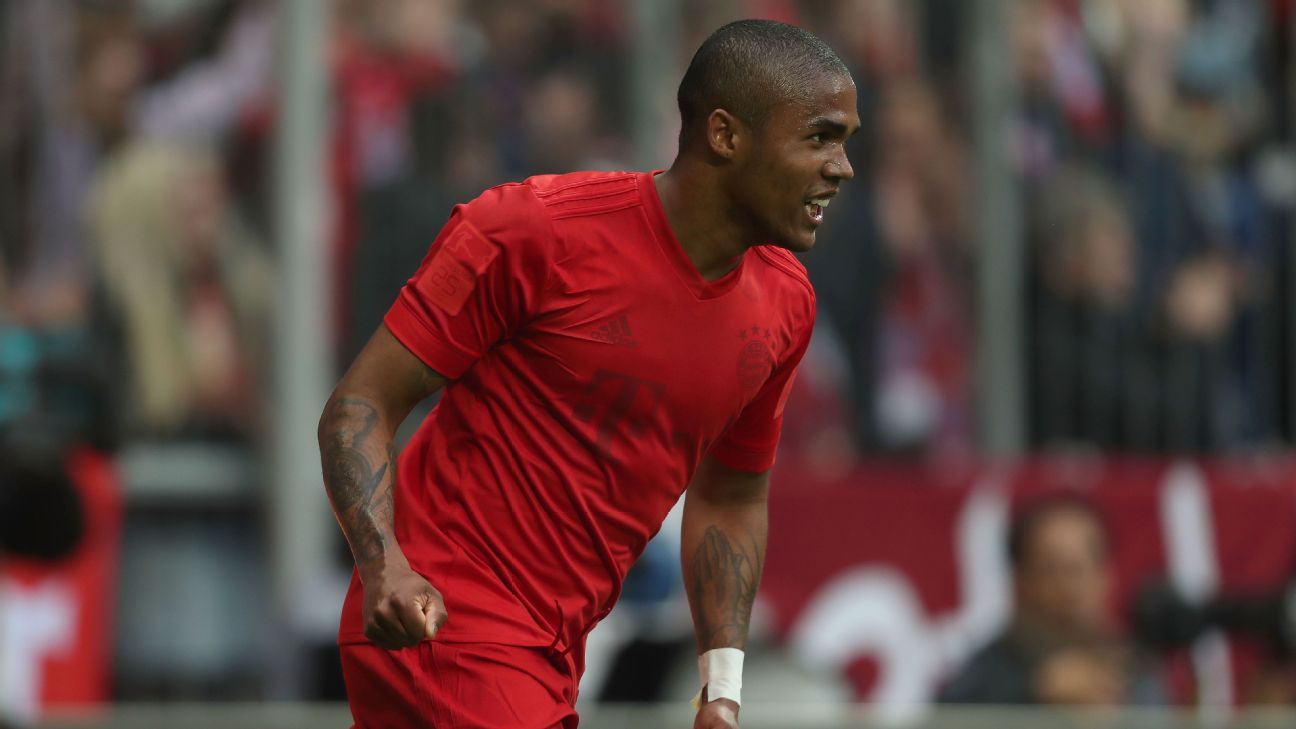 
Karl-Heinz Rummenigge has told Merkur that Douglas Costa could still have a future at Bayern Munich amid speculation that a transfer to Juventus has stalled.

Costa, 26, is contracted to Bayern until 2020 but the winger reportedly said earlier in the year he could “find another team” in the summer. The Brazil international has been linked with a move to Juve after falling down the Bayern pecking order last season behind Franck Ribery, Kingsley Coman and Arjen Robben.

Bayern president Uli Hoeness said on Monday that Costa could leave the club if a buying club met the required asking price — believed to be in the region of €40 million — but Sky Italia reported that Juve are no longer trying to sign him, prompting Bayern’s CEO Rummenigge to say: “We are not sure whether it would not perhaps be better for Costa to stay.”

Previously, Tottenham Hotspur were linked with Costa, while Jiangsu Suning’s Alex Teixeira has said he has spoken to his former Shakhtar Donetsk teammate about the Chinese Super League.

After joining from Shakhtar for €30million in the summer of 2015, Costa enjoyed a solid first season in Germany, scoring four and assisting in 14 goals in 27 Bundesliga appearances under former boss Pep Guardiola. He also scored the decisive penalty in the DFB Pokal final shootout against Borussia Dortmund as Bayern secured the double in Guardiola’s final game in charge.

However, Costa struggled to back up his strong debut campaign, starting only 14 of Bayern’s 31 Bundesliga last season. He also endured knee problems, becoming a bit-part player in his second season at the club, while Bayern have also added ex-Arsenal winger Serge Gnabry to the squad last month.

But Rummenigge hasn’t written Costa off, hoping he can regain the form from his impressive debut campaign in Germany.

He said: “I always found him an interesting player. All he has to do is reach the same level again that he was playing at during his first season with us.”

Costa has won 21 caps for his country and played in the Selecao‘s friendlies this summer in Australia. Rummenigge added he was “relaxed” when asked whether it would be a problem if Costa did remain at the club after all, expressing his confidence that the winger wouldn’t become a burden with his international future on the line.

“Bayern’s big advantage is there’s a World Cup at the end of the season and every player wants to qualify for it,” Rummenigge said. “In that sort of situation no player becomes sloppy or creates a big fuss.”