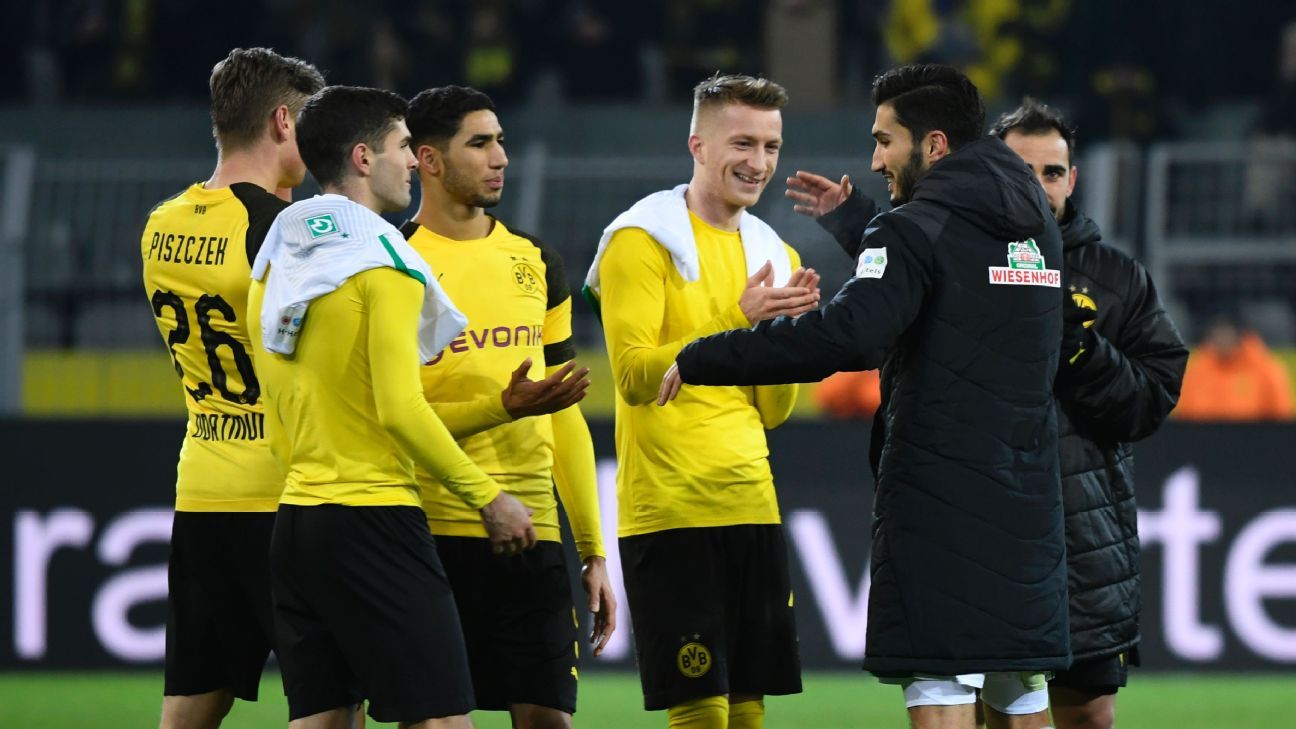 Reus scored the winning goal in the 27th minute after Paco Alcacer had opened the scoring 19 minutes into the game. Max Kruse’s wonderful strike from distance 10 minutes before half-time wasn’t enough for the guests to come away with a point, though.

Sahin, 30, singled out Reus as the main source of Bremen’s problems after the game.

It was an emotional day for Sahin, who returned to the Westfalenstadion for the first time since joining Bremen in the summer, receiving a warm greeting from the Dortmund fans before and after the game.

The central midfielder came through BVB’s youth ranks and remains the youngest Bundesliga debutant at 16 years old. He was the key-player in BVB’s first championship under Jurgen Klopp in 2010-11 before joining Real Madrid. He rejoined the Westphalians after unsuccessful stints at the Bernabeu and at Liverpool in 2013.

“It was very special to be here, to be back at home,” Sahin said. “It was a strange feeling to play here as an opponent, but on the other hand it was very nice to be here and see the fans today.”

Meanwhile, Dortmund were crowned as the unofficial “Herbstmeister” (autumn champions) on Saturday since they cannot be knocked out of first place before the end of the year with a nine-point lead over Borussia Monchengladbach and FC Bayern and only two rounds left to play in December.

Team captain Reus was, however, not fully pleased with his team’s performance. He told Sky after the game: “We didn’t play well in the second half. We just should have made it 3-1. Ahead of Christmas, these games cost a lot of energy. We could have easily avoided that today.”

BVB coach Lucien Favre agreed with the 29-year-old, telling his news conference: “Marco has it right. We were up 2-0 early and you mustn’t concede then. That made it much tougher. Bremen played very well in a 4-4-2 diamond. They outnumbered us in midfield and found the gaps too easily. We will correct that.

“Bremen had too much possession as we couldn’t win the ball often enough. Fifty-two percent possession is not enough for our standards. That makes the match very problematic for us. However, it wasn’t undeserved to win and we should have scored the 3-1 sooner.”

Dortmund will travel to 16th-placed Fortuna Dusseldorf on Tuesday night before hosting second-placed Gladbach on Friday night to close out 2018.