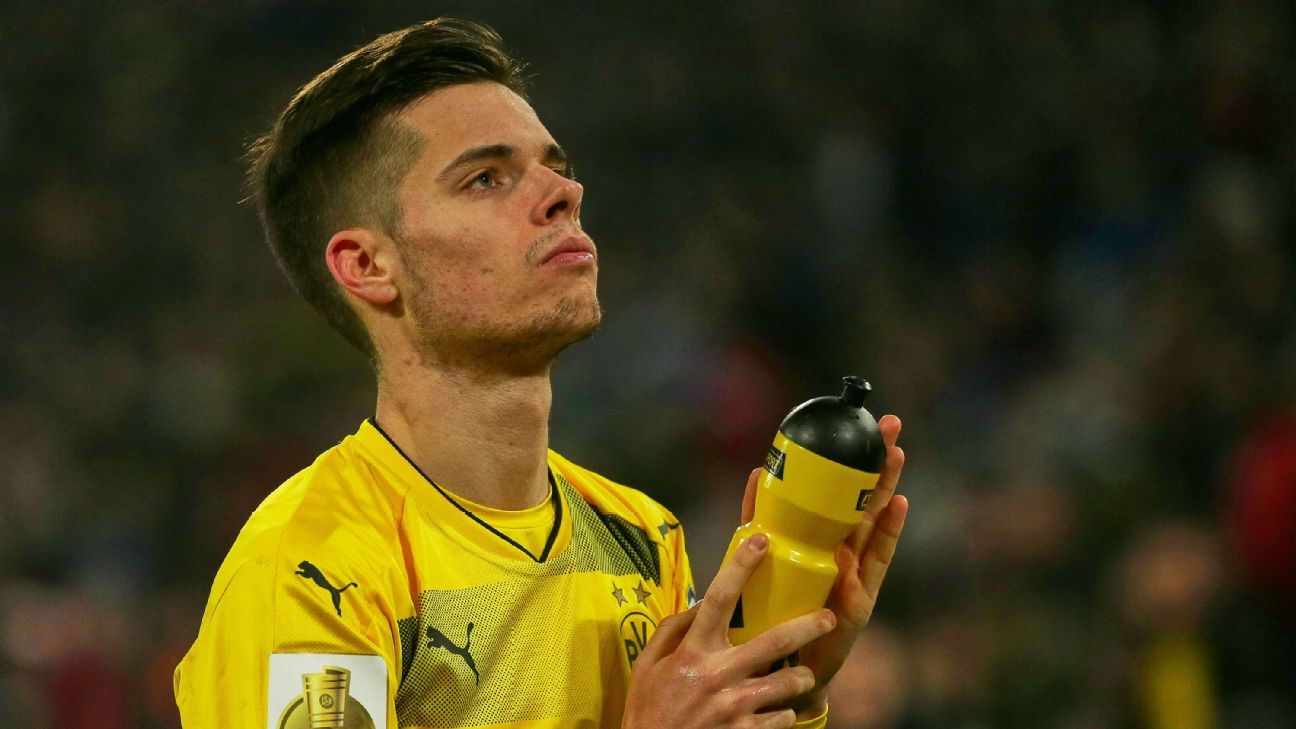 
Borussia Dortmund’s Julian Weigl is Paris Saint-Germain’s top target as they look to sign a defensive midfielder in the January transfer window, sources close to club have told ESPN FC.

PSG boss Thomas Tuchel has been vocal about his need for midfield reinforcements since his arrival, but sporting director Antero Henrique failed to deliver in the summer.

According to one of the sources, PSG bosses have recognised Tuchel’s need for a No. 6 to partner Marco Verratti and ease the pressure on defender Marquinhos, who has often been used in midfield, and the club are aware that Weigl is keen to work under his former coach again.

However, per another source, the problem for PSG is convincing Dortmund to let Weigl leave now.

Tuchel even spoke about potential interest in his former player while in Qatar for a lucrative midseason training camp with commercial obligations.

“Julian is still interesting,” he told RMC Sport. “However, I cannot speak about this. He was my player and we worked together. Julian played very well for us with Dortmund, but he is still one of their players.

“There is one particular case that I am hoping that there will be a breakthrough with as we are in need. Normally, we should have had this player last summer, from the start of the season. We need this player — they are absolutely necessary.”

Weigl is keen to work with Tuchel, a source said, and working in PSG’s favour is the fact that he is not a regular member of Lucien Favre’s Dortmund starting XI.

The Bundesliga leaders know that Weigl wants out as long as he is not a key part of Favre’s plans and Paris is his destination of choice.

However PSG are looking at alternatives should they fail to land Weigl. Everton’s Idrissa Gueye and Watford’s Abdoulaye Doucoure are two players of interest and although PSG are yet to contact Watford about a move for Doucoure this month, they have been in touch with Everton about Gueye.

PSG were told it will take a substantial amount to get a deal done for Gueye this month, said the sources, upwards of the approximate €30 million budget that they are working with.

PSG could raise further funds by selling Adrien Rabiot this month, as well as terminating Diarra’s contract by mutual agreement, but Tuchel has to be convinced of the signing’s long-term value — hence Weigl’s importance.

Celta Vigo’s Stanislav Lobotka was under consideration in the past and appears to be available within PSG’s January budget, but the sources indicated that Napoli lead that chase for the Slovakia international.

Whoever PSG move for this month, they will only be sure of a regular starting berth until the end of the season with Ajax wonderkid Frenkie de Jong promised a key role next campaign as part of a charm offensive to land the sought-after Netherlands international this summer.