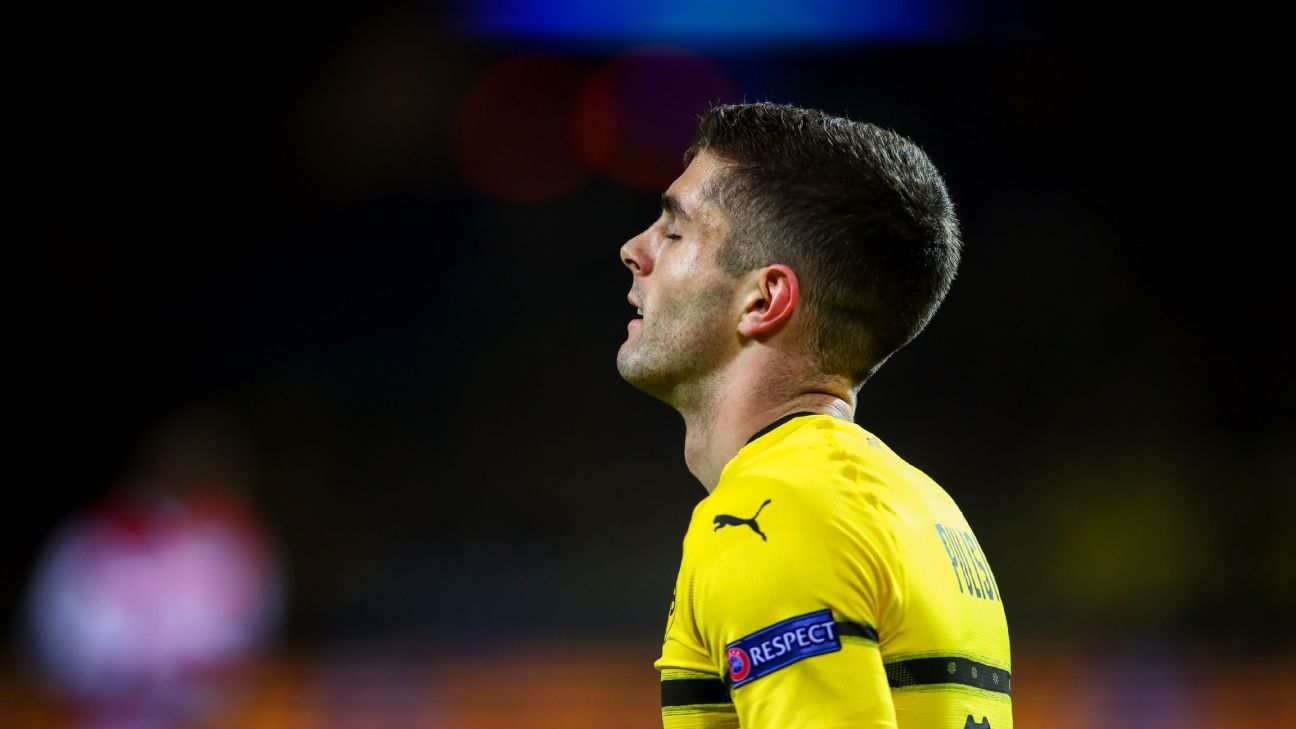 
DORTMUND, Germany — Borussia Dortmund coach Lucien Favre said that Christian Pulisic faces tough competition for starting spots after his team reached the round of 16 with a 0-0 draw against FC Brugge on Wednesday.

The United States international, who has been linked with a move to the Premier League, has found it tough to find regular starts at Dortmund with wingers Jadon Sancho (18) and Jacob Bruun Larsen (20) often being the preferred choice by the Swiss coach. The 20-year-old has not started a Bundesliga match from the beginning since September, but has been trusted in Dortmund’s last three Champions League games.

Favre, 61, told his news conference after the game: “There’s a lot of competition for [Pulisic] on the wings. We have a lot of great wingers. It was tough today because Brugge played in a very compact 4-4-2 system — it’s never easy to find a gap.

“We have to combine and move quicker. But [Christian] played well today, managing to create three or four situations for us today and managed to get at the end of a promising chance himself.”

Pulisic had Dortmund’s best chance of the game in the 11th minute, but he shot right down the middle and failed to beat the goalkeeper from close range. Captain Marco Reus came close to scoring in the 32nd minute in a mostly uneventful game in which the hosts enjoyed 73 percent of possession.

Meanwhile, goalkeeper Roman Burki, who was not forced to make a save over the 90 minutes by the Belgium outfit, was not pleased with his team’s performance.

He told reporters after the game: “We have to beat Brugge at home. I’m very disappointed. Today, we lacked urgency in the final third. We did not make a lot of runs and played too risk-averse. Maybe tomorrow I can be happy about us qualifying for the round of 16, but not tonight.”

Dortmund dropped to second place in Group A, conceding the lead to Atletico Madrid, who dismantled Monaco 2-0 in the early kickoff. The Black and Yellows will travel to Monaco for their final match of the group stage on Dec. 11.

In the meantime, they will look to extend their four-point lead in the Bundesliga over Borussia Monchengladbach in a home match against SC Freiburg on Saturday. Favre said that both defender Abdou Diallo and midfielder Axel Witsel, who had to be subbed in the Brugge match due to cramps, are not in danger of missing out on the weekend.