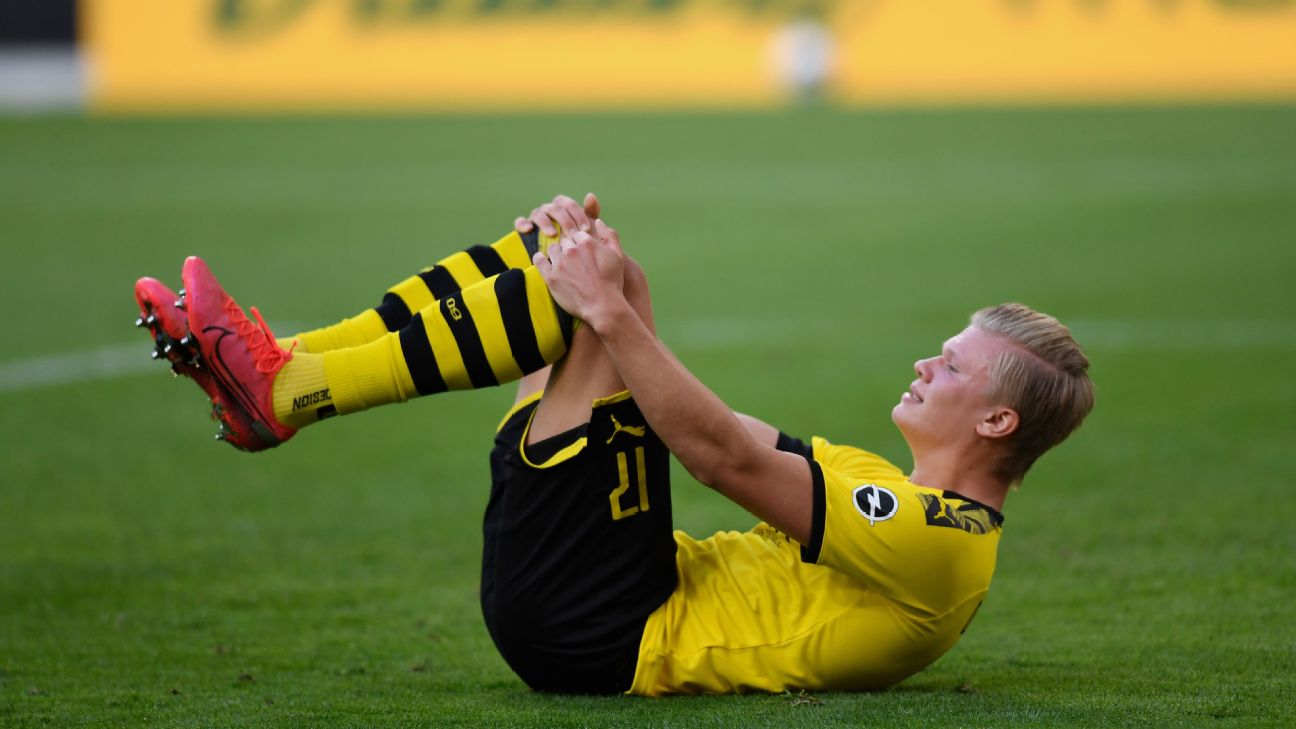 
Borussia Dortmund forward Erling Haaland was injured on Tuesday in the match against Bayern Munich in an apparent clash with referee Tobias Stieler.

Haaland limped off the field in the second half in the 72nd minute of Bayern’s 1-0 win, although it was not initially clear at what time he was hurt.

Reports said Haaland twisted his knee in the clash with Stieler, but Dortmund manager Lucien Favre said the injury was minor.

“I do not think he will be out. He has something wrong with his knee but we do not yet know what it is,” Favre said.

Dortmund, who have finished in second place for the last three years in the Bundesliga standings, lost to seven-time defending champion Bayern Munich at an empty Signal Iduna Park.