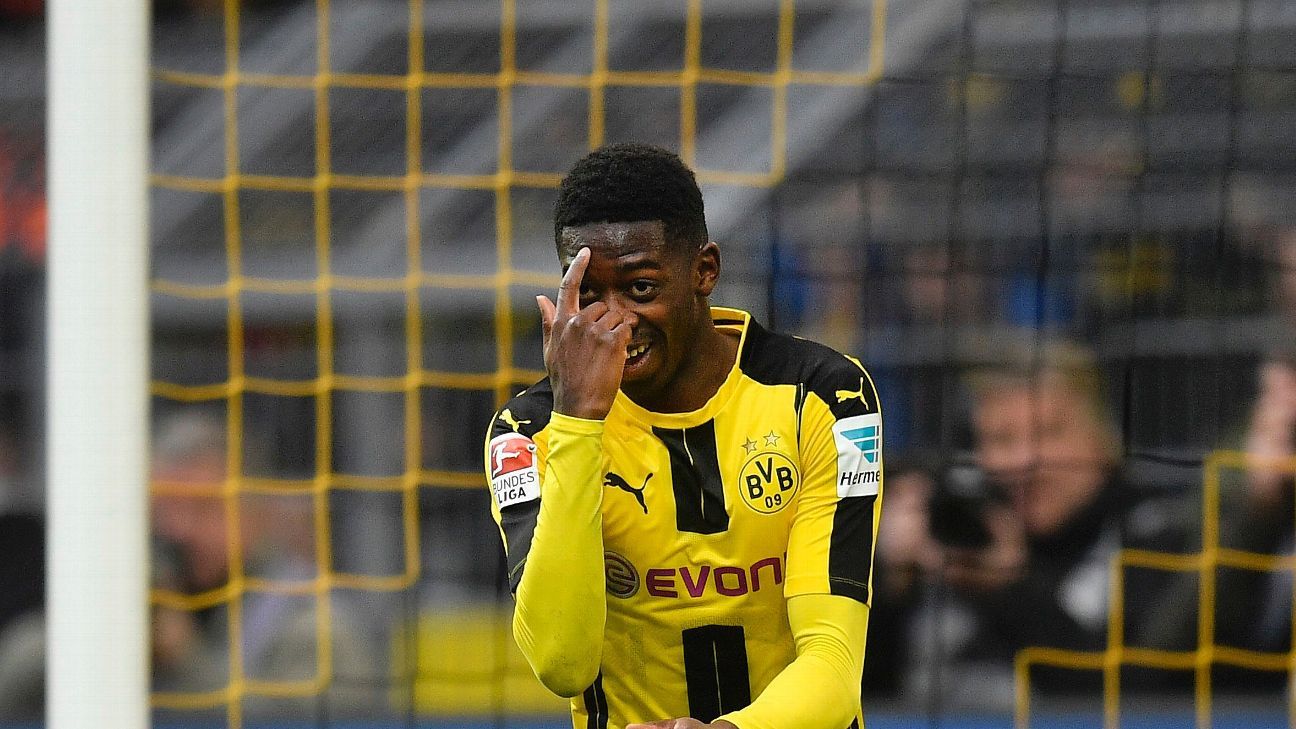 Dortmund announced on Thursday that they had rejected a bid from Barcelona for Dembele — reported to be worth around €100 million — and suspended the France forward after he failed to attend training.

Their CEO, Hans-Joachim Watzke, then indicated that Dortmund are not ruling out a sale, with the Bundesliga club reported to be seeking a fee of at least €130m.

As things stand, the 20-year-old is not under consideration for selection as coach Peter Bosz prepares for the Bundesliga opener away to Wolfsburg on Saturday.

“Our focus now is on the preparations for our season opener at Wolfsburg next weekend,” sporting director Michael Zorc said. “Ousmane has the option to train individually apart from the group.”

In a statement to the stock market, the club said: “Borussia Dortmund has decided to uphold the training suspension for the player Ousmane Dembele until further notice.

“The decision was taken by Hans-Joachim Watzke, Michael Zorc and Peter Bosz following the first round cup win at 1.FC Rielasingen-Arlen on Saturday night.”

Dortmund added that they “will not make any more comments on the situation beyond this statement.”

Catalan broadcaster RAC1 has reported that Real Madrid could enter the race for Dembele, while German publication kicker said on Sunday that Barca had yet to register a new bid.

Dortmund had expected to bring in substantial funds for striker Pierre-Emerick Aubameyang this summer but later took him off the market as they said they would not have time to identify a replacement.