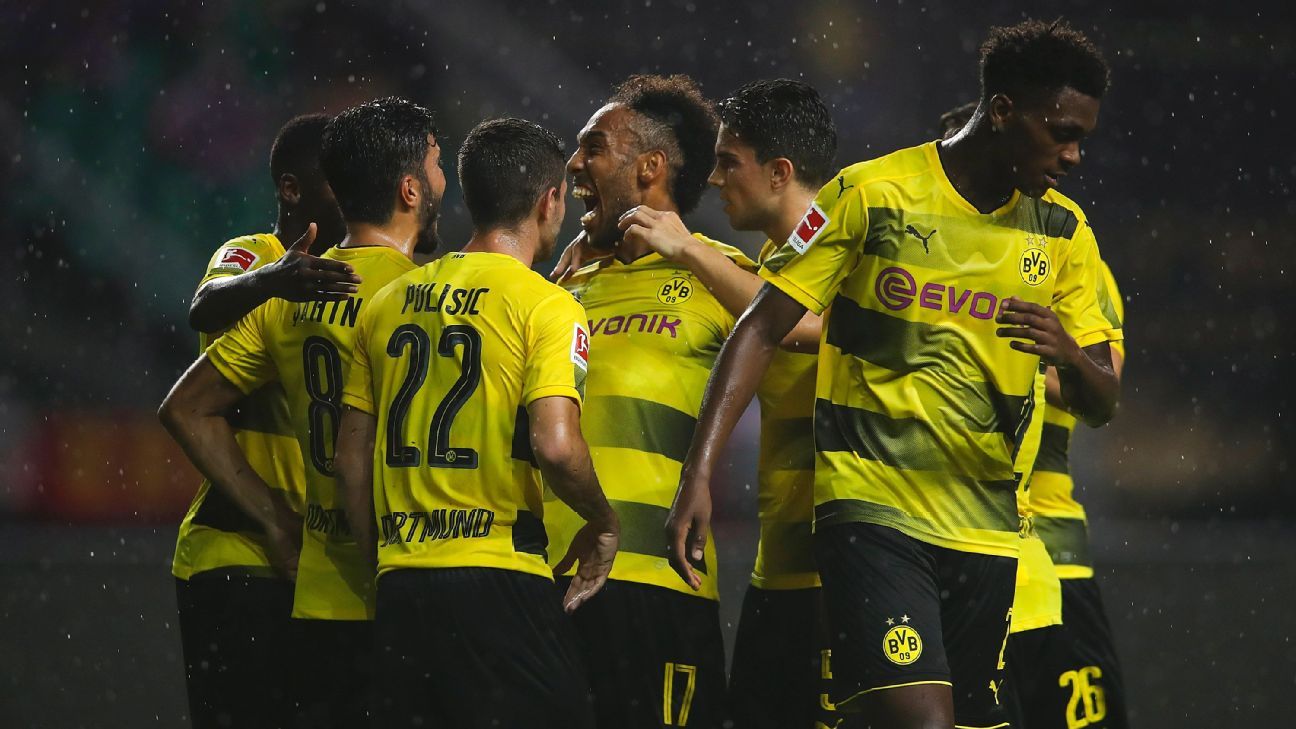 
Borussia Dortmund are no longer ready to sell AC Milan and Chelsea target Pierre-Emerick Aubameyang this summer, according to multiple reports.

Aubameyang, 28, was reported to be available for €70 million but kicker and Sky Germany said the Gabon international will now remain at Dortmund.

Local outlet WAZ reported that Dortmund — who said at the weekend that they had set a deadline to decide Aubameyang’s future — would only reconsider their stance in the case of an offer over €100m.

Milan have confirmed Aubemayang is among their targets as they seek to bolster their attack, while Chelsea have also been strongly linked in recent days.

Chinese Super League side Tianjin Quanjian were also said to be in contention to sign him but their transfer window has now closed.

New Dortmund boss Peter Bosz, speaking before the news of the club’s decision emerged, had said there were no developments on the player’s future.

“That’s modern football in these times, but there’s no news.”

He added: “Obviously he’s a fantastic player and I’m happy that he’s in our squad. I’ll only think about the problem if he isn’t there. But he’s here, so there is no problem.”

The striker had been linked with a move away from the Westfalenstadion this summer after beating Bayern Munich forward Robert Lewandowski in the race for the Bundesliga Torjagerkanone — the prize for the league’s best scorer.