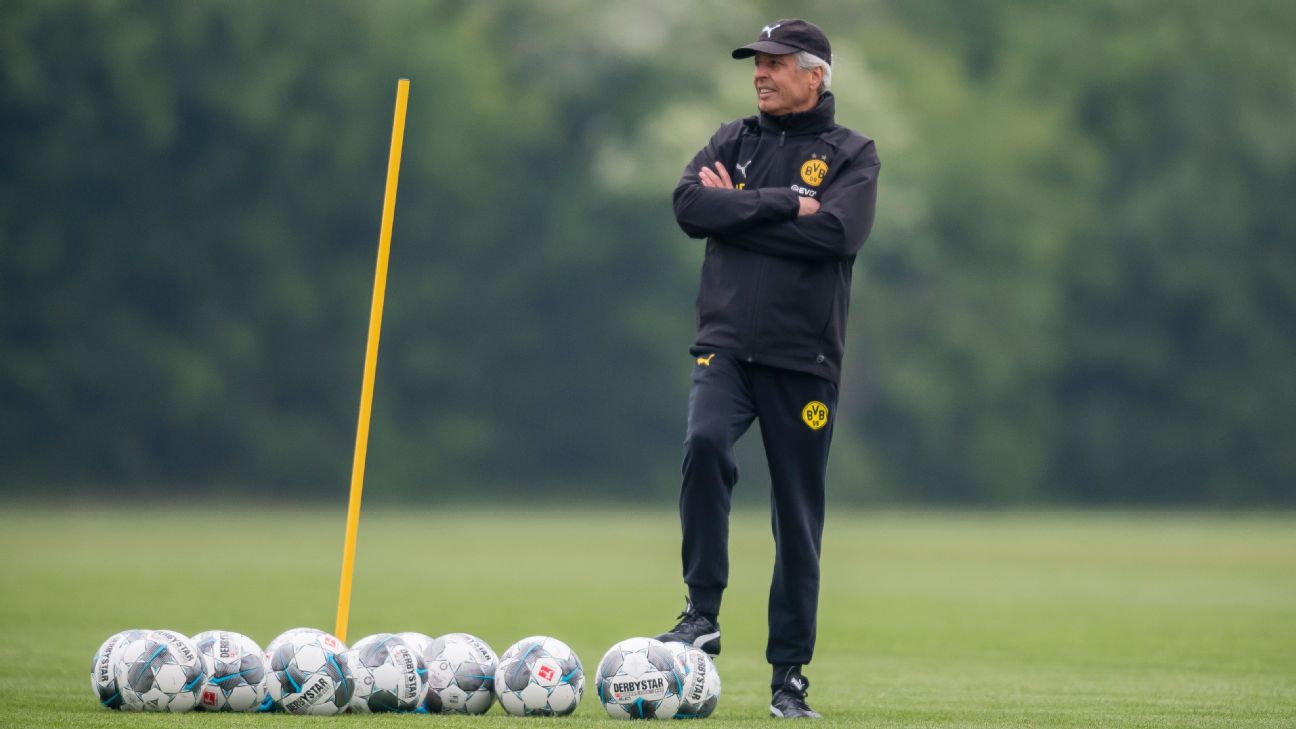 
Borussia Dortmund have appointed a sports psychologist, the club’s former reserve keeper Philipp Laux, to prepare the team for the restart of the Bundesliga amid the coronavirus pandemic.

Dortmund face local rivals FC Schalke 04 at the Westfalenstadion on Saturday in a game which will be televised around the globe but held without fans, due to a ban on mass events in Germany in place until Aug. 31.

Dortmund coach Lucien Favre told a virtual news conference on Thursday he was delighted the club appointed Laux to prepare players for the Geisterspiele — the games without fans.

“It’s necessary in this situation,” he said. “One which is and will remain very special. We have not played in two months. We trained without any goal.

“It only gradually appeared in front of us. We are playing at home, the derby, no fans where there would be 81,000 usually. This is very, very good.”

Dortmund will be without midfielders Emre Can and Axel Witsel while captain Marco Reus, who has been sidelined since February, will also not be available.

“I am only focused on the match this weekend,” Favre added. “We know that we lost that match last season, but that’s a thing of the past.”

“This is not the time to talk about winning the league. For all of us those are new and strange circumstances,” sporting director Michael Zorc said.

“Of course, we want to win that match. It’s about that. To have an overall good restart. A derby without fans, my heart bleeds. But it’s the best case right now.

“I can only appeal to everyone to stay at home and watch the matches on TV and not come to the stadium, not even to the city centre. It’s important to have a positive re-start and complete the season.”

Meanwhile, Bayer Leverkusen sporting director Simon Rolfes highlighted that German football is headed into uncharted territory, with the eyes of the world on the restart of Bundesliga.

“Others will learn from our experience, from the positive but also the negative,” Rolfes told ESPN.

“It’s a big responsibility for us, but also a chance for football in Europe and the world to find out how a concept that brings back football and hopefully works. We will see that in the coming weeks.”

Leverkusen are outside the Champions League places and hope to make up ground over the final nine matches of the season to return to Europe’s biggest club competition.

Rolfes added the club remain “very ambitious” and want to pick up on their good form prior to the suspension when they travel to strugglers Werder Bremen on Monday.