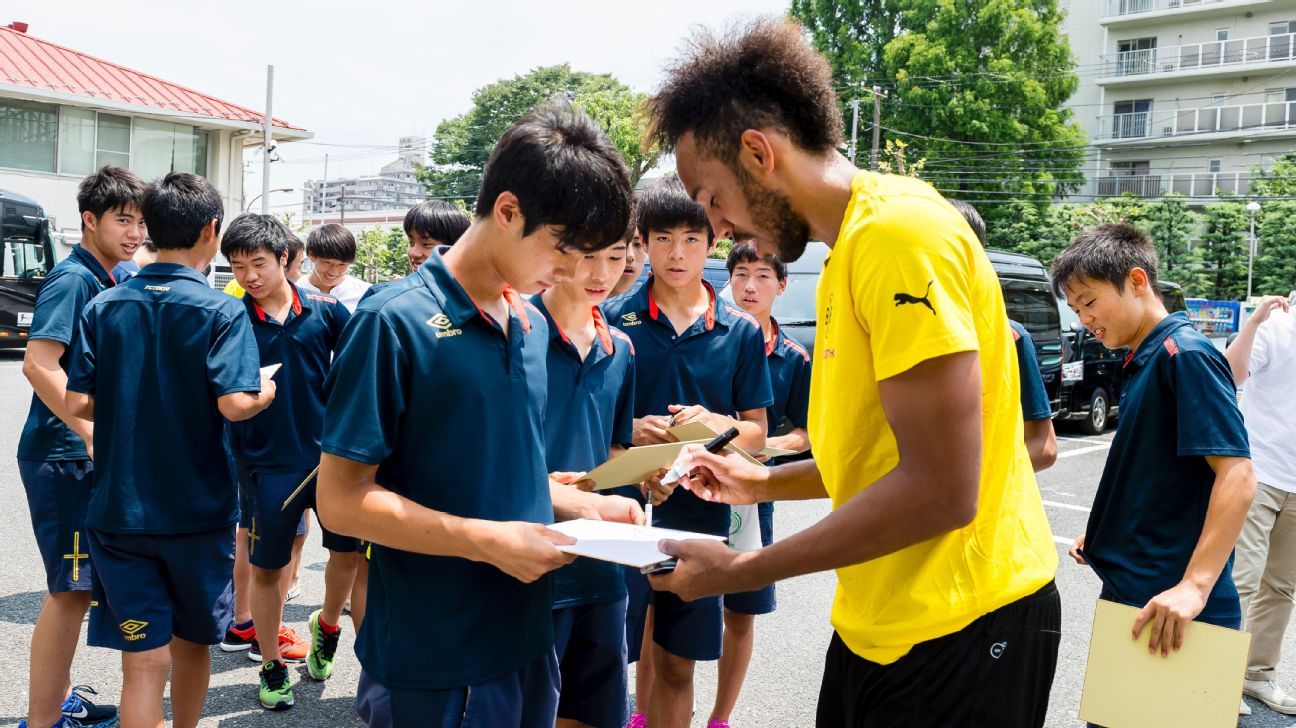 
Borussia Dortmund have set Pierre-Emerick Aubameyang a deadline to make a decision on his future amid rumours AC Milan and Chelsea have targeted the striker.

Milan CEO Marco Fassone has confirmed Aubameyang is among their attacking targets, while Sky Sports has reported that Chelsea want the 28-year-old after missing out on Romelu Lukaku.

Tianjin Quanjian had also been linked with the Gabon international prior to the Chinese Super League transfer window closing on Friday.

Dortmund CEO Hans-Joachim Watzke said in an interview with Die Welt at the weekend: “We have nothing on the table so far. We will wait a few more days, but not for much longer.”

Aubameyang, last season’s top scorer in the Bundesliga, has been linked with a move away from the Westfalenstadion for some time, with Dortmund reportedly hoping for a fee in excess of €70 million if he does move on.

Watzke stressed that his future must be settled one way or the other soon, with Bild reporting that the deadline is July 26.

“We told Auba that if he wants to move on at one point and has a club that is prepared to meet our conditions, he should come to us and we’ll talk about it — but we also told him that there is a certain timeframe for it,” he said.

“We’d need to replace him, which would in any case be somewhere between difficult and impossible. I’d prefer that he stayed here.”

Tuchel was sacked in the summer despite remaining unbeaten at home over the course of his two years at the club, twice qualifying for the Champions League and winning last season’s DFB Pokal.

“BVB’s playing style over the past two years was a good one,” Watzke said. “That we made a change in the dugout had nothing to do with the football we played.”

Tuchel’s exit came after months of speculation over personal differences between the coach and the club hierarchy, and Watzke said: “We need to be a unit at BVB.

“I believe that [new head coach] Peter Bosz is not only a good one but also possess great human qualities.”

Tuchel had taken a lengthy break since leaving Dortmund but was back in the public eye in recent days, posting a picture of himself with Roger Federer at Wimbledon on Twitter before being photographed by journalists waiting at Munich airport to board the plane to China with German champions Bayern Munich.

A Bayern fan account then claimed in a widely circulated tweet that Tuchel had also boarded the plane to China, but the coach tweeted that he was instead flying to Dortmund, joking: “Damn close!”