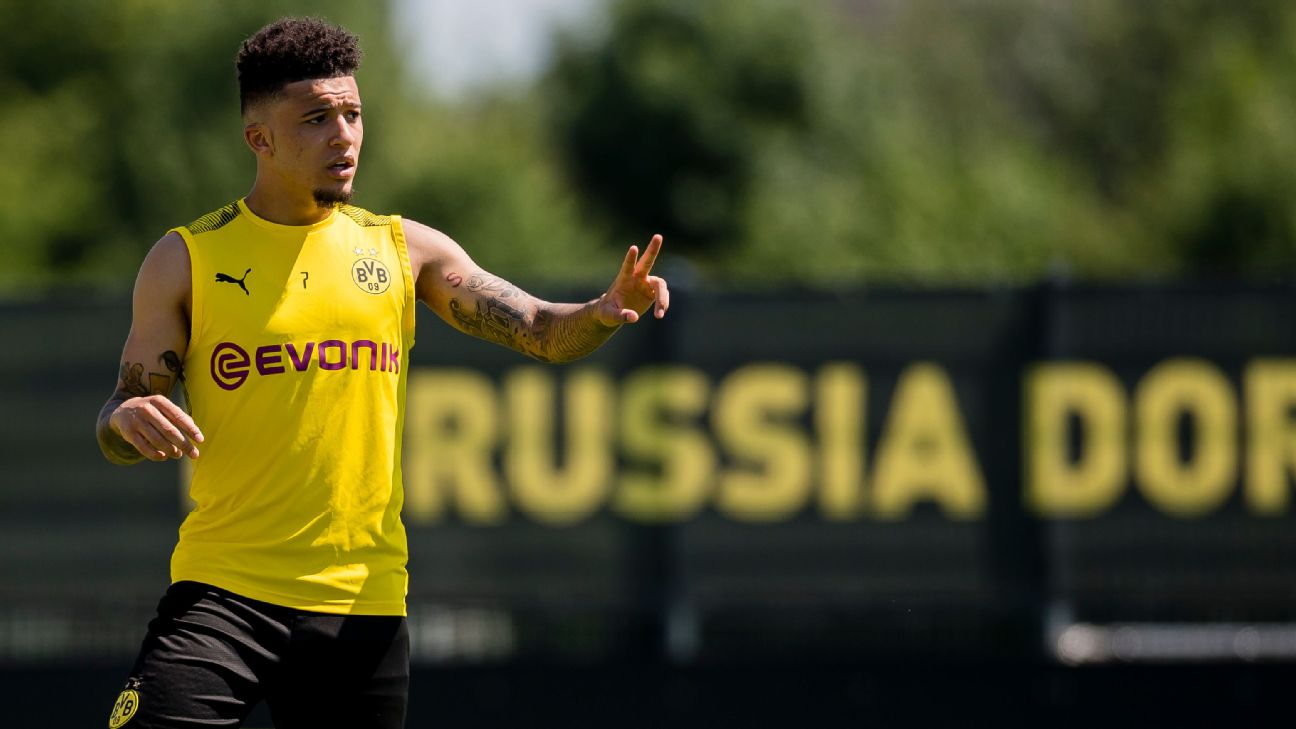 
Borussia Dortmund have denied they used an injury as cover-up after forward Jadon Sancho broke lockdown rules to fly to England in mid-to-late April.

Pictures of Sancho having his hair cut emerged in the German press along with suggestions he was put into a 14-day quarantine on his return before the Bundesliga restarted for an unrelated incident following an enforced stoppage due to the coronavirus outbreak.

The ex-Manchester City star started Dortmund’s first three matches — including the top-of-the-table clash with leaders Bayern Munich — as a substitute before marking his first start of the return with a hat trick in the 6-1 victory over Paderborn.

“For all we know, Jadon has been in Dortmund for the past few weeks and I read we put him into quarantine while using an injury as cover up,” Dortmund sporting director Michael Zorc told a virtual news conference on Thursday.

“That’s completely wrong and incorrect in substance. Jadon had a calf injury for several weeks and that’s why he did not train.

“In this special situation we are all in with COVID-19, it is not only on the coach and the staff to ensure everyone’s disciplined, but also the entire club and its hierarchy. We talked to the players in the past. With Jadon too.

“We should not forget that Jadon is still a young player, testing his limits. I am not desire to defend him all the time. I have punished him occasionally if it had to be done.

“But, here, if it’s about the hairdresser, we talked to the hairdresser, to our players and they all assured us that, while cutting their hair the hygiene rules were followed and the hairdresser did not only wear a mask but also a protection shield and they took it off for the pictures.

“That’s not right, and we addressed this with the players. We are not defending the hairdresser visit. And I believe that in this DFL [German FA] paper important things are not forbidden. For instance, if I am driving my car and I run out of petrol, I can top up.

“And, for us, after months of waiting, it is also important to see a hairdresser. It all has to be within the hygiene rules.

“Both sides have said they did it. To post it on social media afterwards, I don’t get it. But that’s maybe part of it all. Maybe I am too old. And that’s the breach that they did not wear masks.”

Asked about any DFL consequences, he added: “As far as we know everyone acted within the hygiene rules. We are in dialogue with the DFL in this matter.”

Manager Lucien Favre defended Sancho, when he said: “He is young, we have all been young. He shouldn’t do it, that’s clear.”

Sancho was one of four players in the Bundesliga who paid tribute to American George Floyd, whose death has sparked protests across the United States and have since moved into Europe and the rest of the world.

While the DFL rules prohibit the use of political messages, it ruled none of the players would face any charges for their actions.