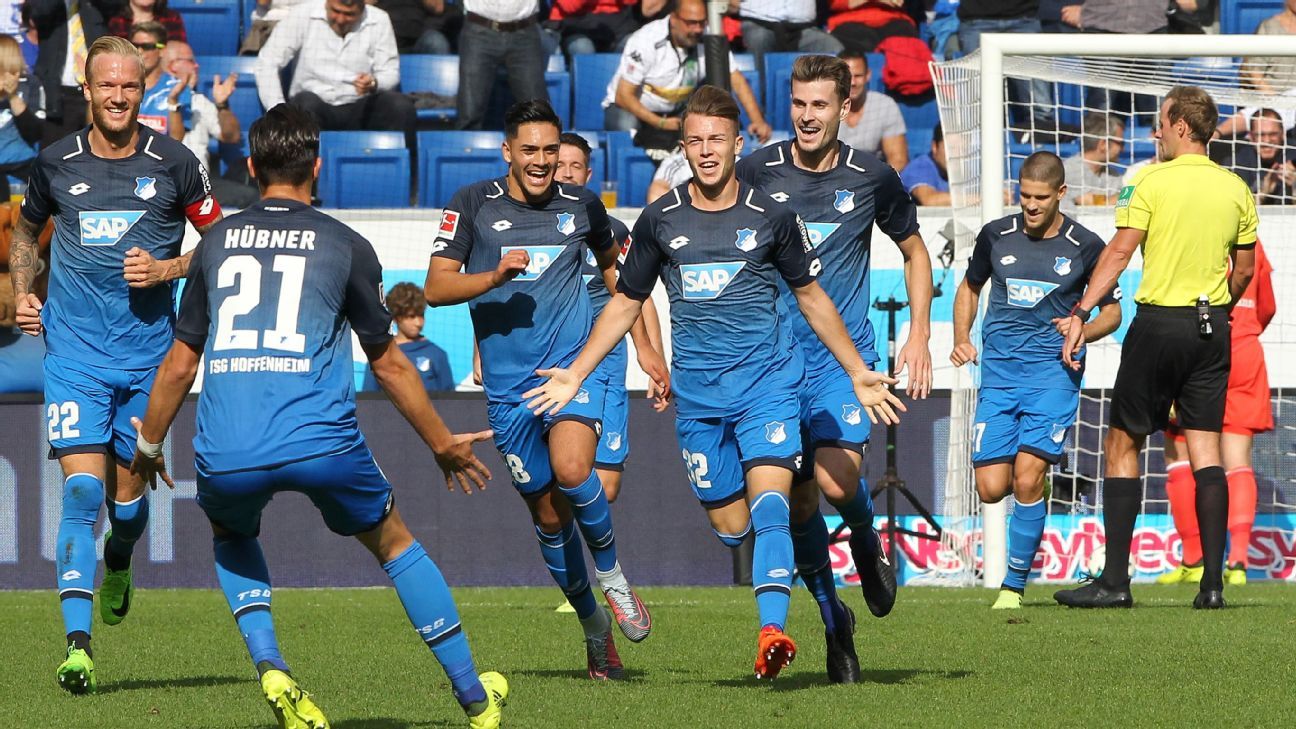 
Pierre-Emerick Aubameyang scored a hat trick as Borussia Dortmund routed Borussia Monchengladbach 6-1 to remain atop the Bundesliga after Saturday’s action.

Maximilian Philipp added two goals and Julian Weigl had another as Dortmund took advantage of Bayern Munich’s draw on Friday night to widen their lead to three points over their title rivals.

Hoffenheim also moved ahead of Bayern into second place, one point behind Dortmund with a 2-0 win over Schalke.

In a match which pitted two of the youngest managers in European football against each other, 30-year-old Julian Nagelsmann came out on top against his 32-year-old opposite number Domenico Tedesco.

The hosts racked up their fourth victory from six games in rather easier fashion than their 3-2 comeback success at Mainz on Wednesday, which was crowned by Mark Uth’s injury-time winner.

This time an early goal from 19-year-old Dennis Geiger and a late Lukas Rupp clincher sealed the points.

Geiger scored his first Bundesliga goal in the 13th minute, firing home from 20 yards after good work down the left from Steven Zuber. And Rupp sealed a win that temporarily sent Hoffenheim top of the table until Dortmund won in the late game.

RB Leipzig bounced back from defeat at Augsburg in midweek with a 2-1 win at home to Eintracht Frankfurt.

Goals from Jean-Kevin Augustin in the 28th minute and Timo Werner in the 67th had the hosts, who had not won in three games in all competitions, in control, with Ante Rebic pulling one back for the visitors in the 77th minute.

Pablo De Blasis’ 54th-minute penalty earned Mainz a 1-0 win at home to Hertha Berlin, who had captain Vedad Ibisevic sent off in the 89th minute, apparently for dissent .

Struggling pair Werder Bremen and Freiburg were left still waiting for their first wins of the campaign after a 0-0 draw. Along with bottom side Cologne, who travel to Hannover on Sunday still looking for their first point of the season, they are the only teams yet to win this term.

The match between Stuttgart and Augsburg also finished goalless.