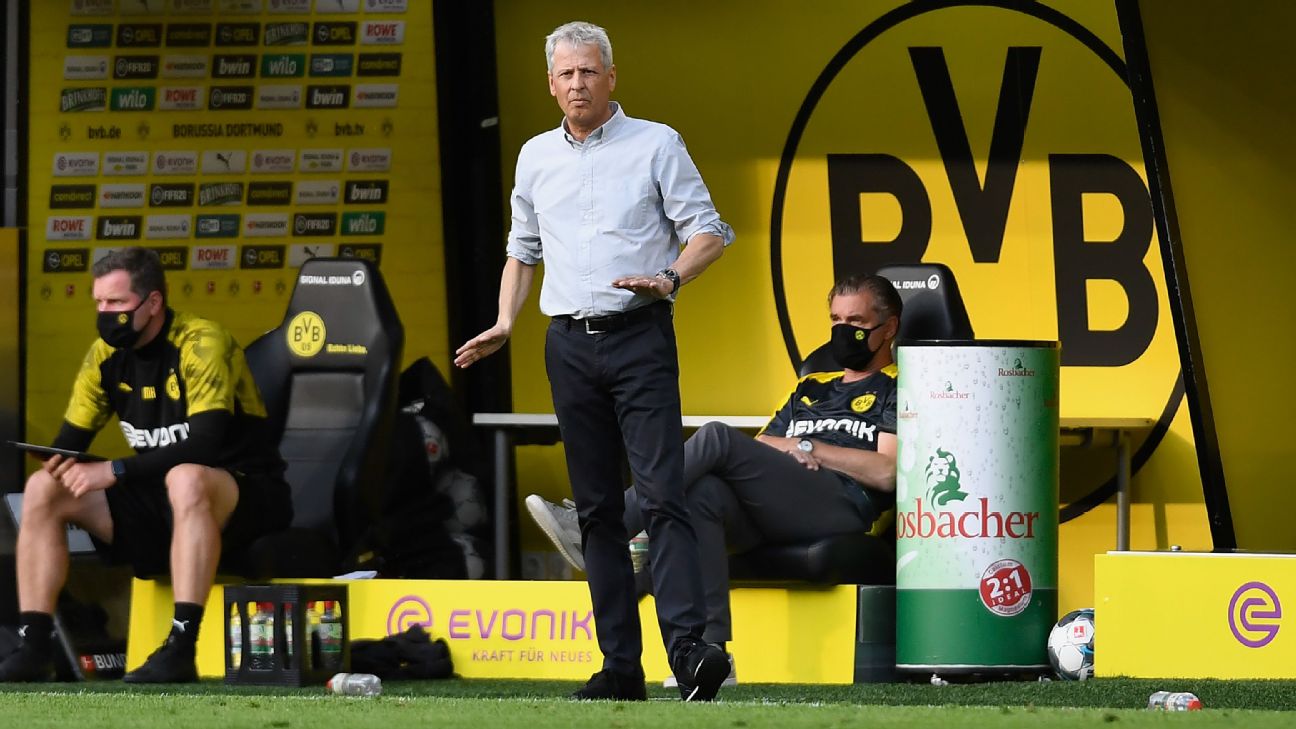 
Borussia Dortmund coach Lucien Favre hinted his future at the club was uncertain following Tuesday’s 1-0 defeat to Bayern Munich which all but ended their title hopes.

Dortmund fell seven points behind Bayern, who now look set to win an eighth-straight Bundesliga title despite struggling this season and changing manager themselves.

“That’s what they’ve said here for months,” Favre said when asked on Sky TV about claims he does not know how to lead Dortmund to a title. “I don’t read the papers. But I know how it works.

“I will make a statement in a few weeks. I keep calm now and trust myself. I think we played really well. We were better than against Wolfsburg and Schalke. I regret that we didn’t at least grab a point here.”

Favre later clarified his statement on Wednesday, telling Sky: “I will continue. I have a contract. I will fulfill this contract. I like it here.”

In a club statement he added: “I don’t think about giving up. We were all disappointed yesterday, my words right after the match were misunderstood.”

Following the defeat to Bayern, Dortmund remain without a significant league win against their rivals since 2012 when they prevailed 1-0 and all but sealed their second consecutive title under Jurgen Klopp.

The ghost of the Liverpool manager still rests heavily on the shoulders of those who succeeded him. Thomas Tuchel, Peter Bosz, Peter Stoger and now Favre all failed to win over the majority of the fans at the Westfalenstadion and only Tuchel managed to win a trophy, the German cup in 2017, but was sacked only days later after clashing with the club hierarchy.

Under contract until 2021, Favre could now become the fourth coach who has failed to leave a lasting impression at Dortmund after fuelling persistent rumours around the camp in recent months that not all is well.

Favre was on the brink in late November when Dortmund travelled to Hertha Berlin, but he survived the scare with a win after changing formation to a three-man defence, and it proved to be successful in the coming months.

Up until Tuesday, they had only lost one match — and won the other nine — in the second half of the Bundesliga season and they had also overcome their defensive problems.

However, with only six games left, defender Mats Hummels admitted that an eighth consecutive title “is entirely in Bayern’s hands now.”