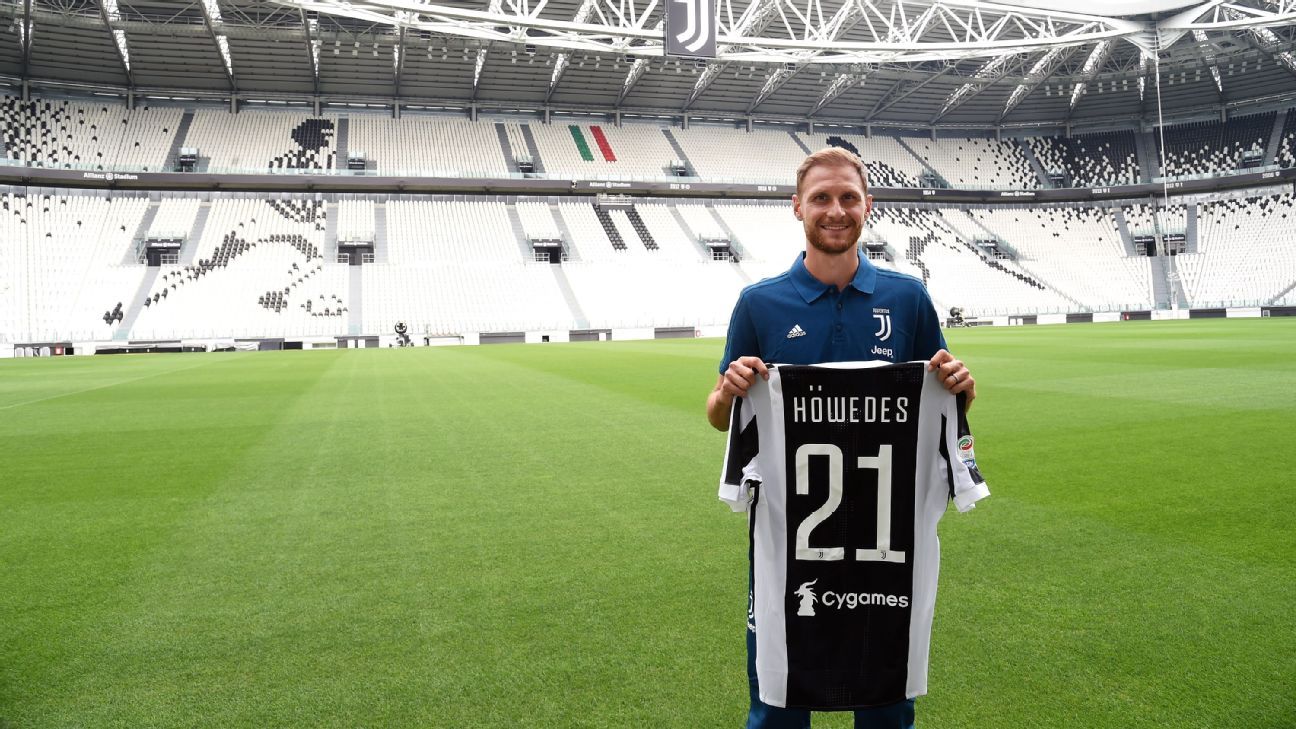 
Schalke coach Domenico Tedesco says he would have preferred to have kept hold of Benedikt Howedes, and insists he did not force him to leave Gelsenkirchen and join Juventus this summer.

Tedesco stripped Howedes of Schalke’s captaincy and benched him for the Royal Blues’ opening two Bundesliga fixtures, but he told La Gazzetta dello Sport that he still had big plans with the German defender, who was just behind in terms of physical condition due to an injury.

“I did nothing but be honest with Benedikt — I wanted him to stay and I told him so,” Tedesco said. “This summer, Benedikt was only able to pick up training with us three weeks after the rest due to a little operation on his hip which he still had to recover from.

“This is why he is behind his teammates, so when he asked me if he was going to start, I had to say no. At that time, he was not a starter. I still wanted him to stay, though, because he’s experienced, he’s won a lot and because he’s strong and would have helped the younger players. He would have been important to us on and off the field.”

Juve instead lured him to Turin on a season-long loan which could become permanent next summer, with perhaps more of an assurance that he will play after the Bianconeri sold defensive lynchpin Leonardo Bonucci to AC Milan.

“He desperately wanted to be a 100 percent certain starter, but I could not guarantee him that, and I never lie to my players,” Tedesco added. “I could have played with time and waited for the transfer window to close, but that is not the way I am.

“I was honest and I told him that if he just had a few weeks of patience, improving athletically, then he would have had a better chance of playing.

“I wish him the best and hope he plays a big role at Juve. If he does well there, I’d also be delighted for Juve, considering they’ve been one of my favourite clubs since I was a child, so I’d be happy for everybody if Benedikt were to do well there, and I am convinced he can.”

Losing the captain’s armband may have been further motivation for Howedes to seek a move, but Tedesco says he took that step also in the player’s best interest.

“We’re talking about a player who has always taken responsibility,” he said. “When the team were losing, he would always be the one who would stand in front of the cameras. We wanted this responsibility to be shared by several players, though.

“We wanted to avoid other players hiding behind the figure of Howedes, and that was the only reason.”

Howedes did not want to dwell on the past when he was officially presented as Juve’s new No. 21 on Thursday, however, preferring instead to look towards what he hopes will be a bright, successful future with the Bianconeri.

“I’m really happy to be here and I will do everything within my powers to lead Juve to success,” he said at a news conference in Turin. “I, like every footballer, have the objective of being called up for the World Cup and to be able to play in a club at the highest level and in the Champions League is an honour and a privilege, and these could be some fantastic years.

“The fact that Juve reached the [Champions League] final in two of the past three years speaks volumes and I think lady luck will ultimately be on Juve’s side to lift this trophy.

“I chose to come to Juventus no matter who played in the past, but I know that there were great Germans here, like [Jurgen] Kohler or [Andreas] Moller, besides [Sami] Khedira, who in Bianconero has already achieved great goals … I think of a champion like [Gianluigi] Buffon, his exceptional personality and charisma, I can only consider it a model for me and I am happy to share the field with extraordinary players like him.”