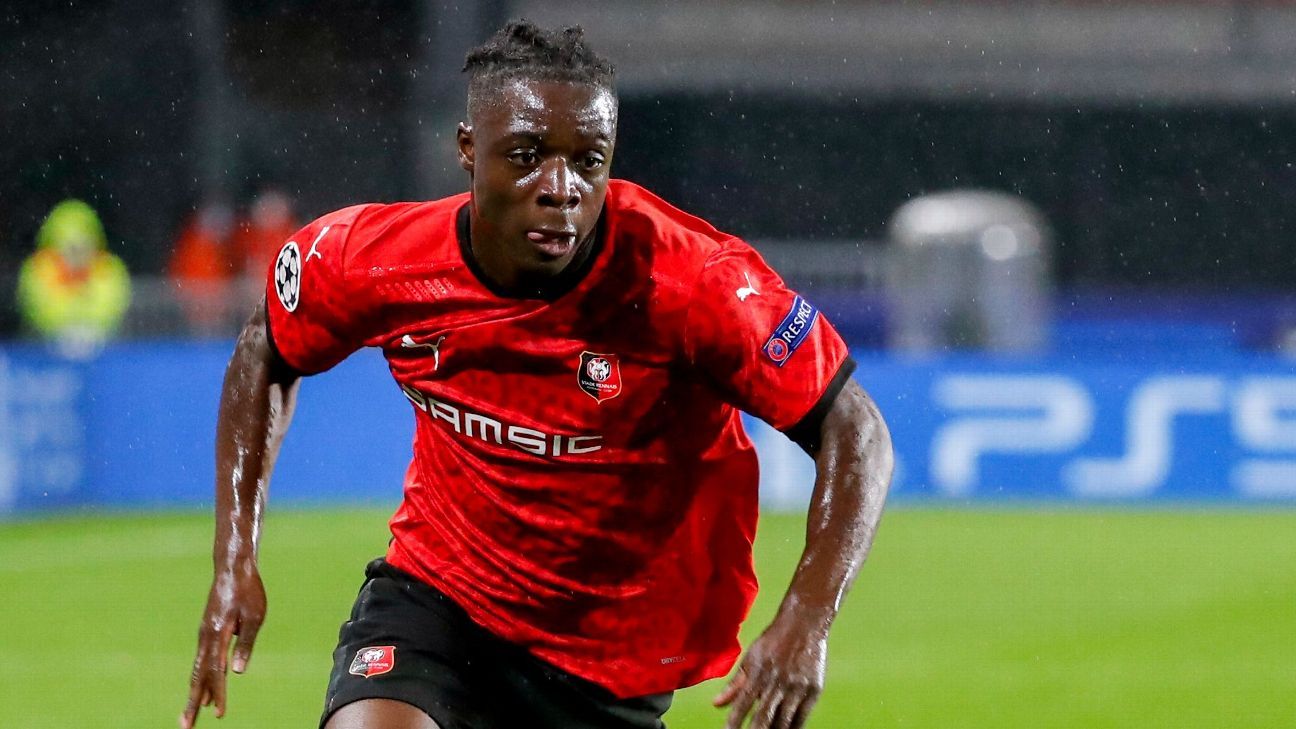 
Football Manager 2021, out on Nov. 24, is the latest instalment of the game that has provided plenty of solace for fans around the world in the middle of the COVID-19 pandemic. But one of the first things that gamers and fans alike look for is the ‘Next Gen’ and which young players are going to rise to the top.

The comprehensive game enlists a reported 1,300 scouts to collect data in 51 countries and is a good barometer for young talent, given how much effort they put into their scouting efforts. While not every top pick from history turns out to be a world-beater — see Freddy Adu and Cherno Samba, among others — Football Manager has become one of the first ports of call for fans and clubs alike to find a new player.

Here are some of the latest wonderkids to grace the 2021 edition. They turn out good in the game, but what does our resident scout Tor-Kristian Karlsen make of them in real life?

The Belgian didn’t cover himself in glory when a Cruyff turn after 123 seconds went horribly wrong on the night he became the youngest ever goalkeeper in the Champions League last December. However, one year on from that mixed bag of emotions at Napoli, Vandevoort is well on track to becoming a top-class goalkeeper. He’s brave, alert, equipped with strong hands and responsive reflexes, and quick off the line (though at times he can be a touch too adventurous.)

Tor-Kristian Karlsen is a Norwegian football scout and executive and is the former chief executive and sporting director at AS Monaco. He will write regularly for ESPN on the business of soccer and the process of scouting.

Signed by RB Leipzig for €16m this summer after they fought off competition from Leeds, Gvardiol is a left-footed centre-back (or left-back) who’s particularly calm and purposeful in possession — he already plays with the maturity of a 20-something. The Croatian defender is also mobile, good at anticipating and reasonably quick on the turn for a player in his position.

One of many top prospects from an outstanding generation of French centre-backs. The left-footed Monaco defender is brilliant at bringing the ball out of defence and linking up with the midfielders (he has an impressive 93% pass accuracy in 2020). Dominant in the air, with power, intelligence and pace in abundance, he also has an excellent temperament and hardly ever gets booked.

The Portugal U21 and Sporting left-back has great ability on the ball and impressive stamina to go with the pace that is required in his position. On top of that, he’s surprisingly nimble for his size, excellent at pulling away from opponents and tends to keep his sense of orientation even when he drifts into the middle. He has been linked with Liverpool, Manchester United and Arsenal of late.

Tom Markham from Football Manager explains the role the game has played for fans and players alike.

At such a young age, the calm, intelligent deep-lying playmaker is already being groomed to run the Anderlecht midfield. While he’s good on the ball with the ability to pick a 30-meter pass and positive in his play, Kana is diligent in his defensive work and can also operate as a central defender.

The Guinea-born central attacking midfielder has represented Spain at youth level, but is yet to make his breakthrough to the Barcelona first-team. Though still only a teenager, he combines the ability to make powerful runs into the box with blinding close control. He also has excellent vison which enhances his ever-developing playmaking abilities.

After Erling Haaland and Dominik Szoboszlai, the diminutive playmaker might be the next top-class talent to emerge from Austrian football. Equipped with a wonderful left foot, great one-vs.-one abilities and a low centre of gravity, Demir is dangerous and efficient as well as being fun to watch and has four goals in eight games this season.

Already a full international for Belgium, the speedy winger joined Rennes from Anderlecht for around €26m this summer and has already found himself at home in France with two goals in seven games. Doku possesses excellent balance, pace and often seems to take on opponents just for the fun of it.

An exceptionally tricky forward who can play in any role behind the striker, the 17-year-old possesses masses of flair and a great turn of pace. Technically gifted and creative, he’s already made a mark in Ligue 1 and the Champions League. A hugely exciting prospect whose final breakthrough could happen at any time.

Quick, unpredictable and agile, Esposito is excellent on the break and loves looking for space behind the defensive line. Somewhat slight and lightweight, Esposito still poses a real threat with constant movement and a powerful right foot.