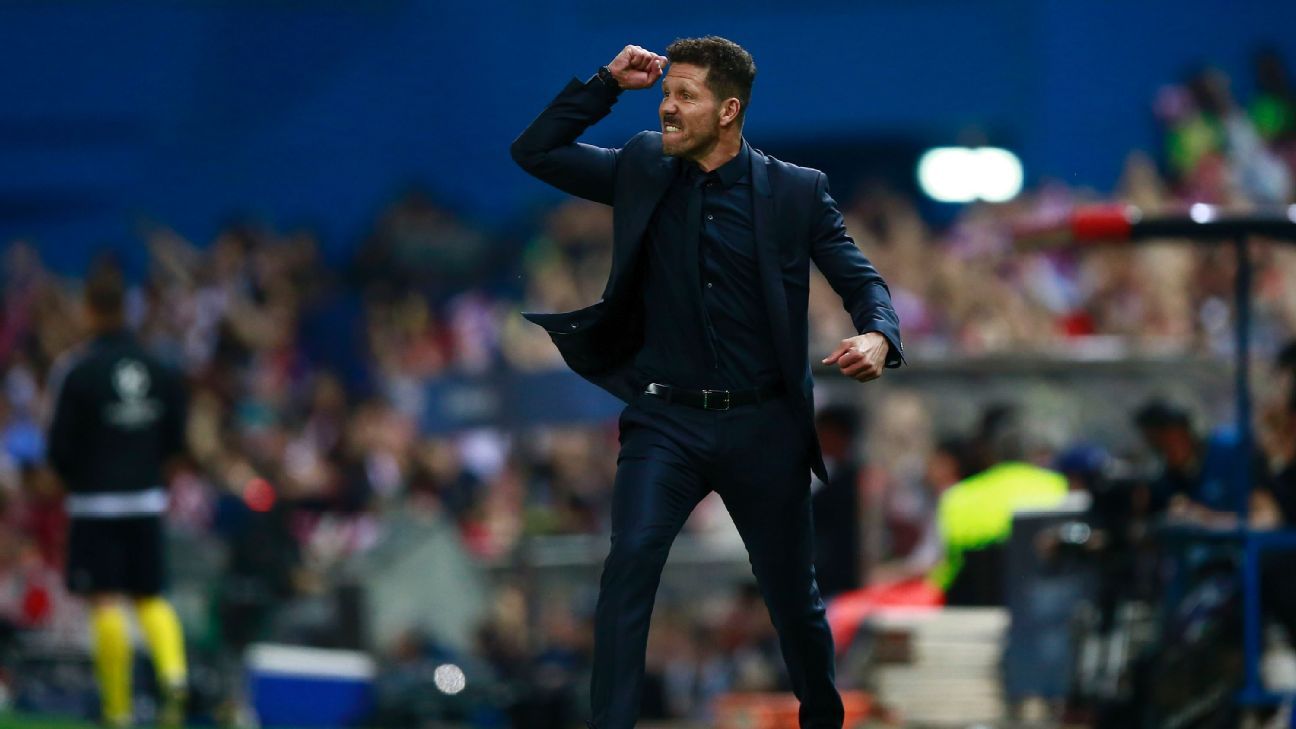 
Ron Atkinson liked to call Jesus Gil “Mad Max” and joked that his 93-day spell as coach at Atletico Madrid probably qualified him for a testimonial there. Atkinson arrived in 1988, becoming the sixth man to sit on the bench that year, and left in 1989. By the end of the year three more men had followed him into the job, but not for long. Javier Clemente, the last of them, didn’t even make it to the end of February 1990. No, Atkinson didn’t last long, but he did outlast most of them.

Under Gil, Atletico had 39 coaches in 16 years. Enrique Cerezo took over as president in May 2003; by October 2009, he was on his ninth manager. As Atletico sought a new coach, mistakes and indecision took hold, indiscretion, too. In a solitary day, nine different men were mentioned by the media and not because they were made up but because their names were handed out. In the end, they went for Quique Sanchez Flores and for a while it worked. He became the first Atletico coach to win anything in 15 years, although by the summer of 2011, he was gone again. Five months later, so was Gregorio Manzano.

And then Diego Simeone arrived.

Nothing has been the same since. The fear is that, one day, it could be that way again. The fear was that day might be soon, which is why there is now relief, security, a sense of being safe. This week, Atletico announced that Simeone has signed a new contract — his fourth at the club — that will run until 2020. If he sees it out, he would have been at the club longer than any other manager. Only one coach in Spanish football will have been in charge longer: Real Madrid’s Miguel Munoz, who was there from 1960 to 1974. Handled discreetly, calmly, the news was broken unexpectedly — and was universally celebrated. ; the slogan said it all.

Even if Simeone doesn’t see it out, even if he doesn’t make it that far, even if he walked tomorrow, it is extraordinary. Coaches aren’t supposed to last this long — and definitely not there. But then Simeone has changed everything at Atletico. Under him, they have won as much in six years as they had in almost two decades, and they reached two European Cup finals — as many as in their entire history. But it’s more than trophies. His renewal underlines the stability he has brought; it also underlines the way that stability is bound up in him. More perhaps than any manager ever before, even Luis Aragones, Simeone Atletico.

“People keep asking me if I am staying. Yes, I’m staying — I’m staying because this club has a future and it is us,” Simeone told fans at the end of last season. Now that has been enshrined in a new contract. Having previously reduced his deal from 2020 to 2018, it is back up to 2020 again.

Atletico do have a future, it is true: next weekend they make their debut in the new stadium; this summer they kept their best players, Griezmann staying while Koke and Saul signed new deals; and Vitolo comes at Christmas. Diego Costa should come too — signing him was part of the conversations about Simeone signing on.

When Simeone’s contract was reduced from 2020 to 2018, it frightened everyone. It made the contract’s end feel like a genuine cut-off point, far more so than it would normally. This seemed clear, the chronicle of a departure foretold; the clock was ticking down towards the end.

Atletico had been determined that Simeone would see them into the new stadium, but it felt like that was all he would be doing, like there was something temporary about it, a favour that would last a solitary season. He would help them with the move because he cares and then he would move himself. Don’t forget that while the new stadium excites, it concerns too: it is 20 kilometres from home. How can things be the same again? One way is to keep the coach and the team. But, everyone asked, for how long? He had already turned down a gigantic offer from Paris Saint-Germain; he wouldn’t do that forever. And, besides, what more could he do at Atletico? What more could any of them do?

With the transfer ban hanging over Atletico, Griezmann claimed that he couldn’t leave this summer because to do so would be “dirty” but admitted that next summer might be different. Jan Oblak recently said that he would be there this season but that after, “I don’t know”. How could they commit if they didn’t know what Simeone was going to do? And how could he commit if he didn’t know, either? He wanted guarantees too. He wanted that future to be there, not least because he knows the demands: allied to existing debts, in the short- and medium-term constructing a new stadium brings a financial strain that means that Champions League qualification is not an objective, it is an obligation.

In fact, here’s the thing: when Simeone’s contract was reduced from 2020 to 2018 it was not so much that he was preparing his escape — although the freedom to walk if needs be is attractive and it would be naive to assume that the new deal comes without any kind of escape clause — as because Atletico could not commit to the cost. Now, they have committed to that and more. There is a risk involved, and the pressure is intense, while sales are still likely to follow, but the cost of not making that effort may be greater still. They need him still; no one fits like he does. And he may not fit anywhere like he fits Atletico, his club.

Atletico have bid €45 million + 10m in bonuses for Diego Costa, because that is what Simeone wants. It is a lot of money for the club. When he learnt that the deal for Vitolo was off, Sevilla announcing his renewal, he was on the phone furious. Within hours, the deal was back on. Simeone’s renewal says something about his commitment to the club — there is no doubt that he could have gone and somewhere good — and also something about his sense that he is doing something more profound, and doing it his way.

That takes backing; he had to be satisfied and he would be because no one wants to live without him. He brought success back to Atletico, in part because he brought so much more. As the captain Gabi put it, when he arrived they were in a mess.

Atletico had won the Europa League two years before, it is true — there was talent there — but the last time they had won anything before that was back in 1996. That year they won the league and cup. Simeone was the captain — and that matters. The next time they won either title, he was the manager.

When he came only he had the charisma, the moral authority, the force of personality and the depth of identification with Atletico to bring stability and to bring everyone together — under him. A dysfunctional club works as everyone works towards El Cholo.

This is a transitional era, in which the stadium is new and the old guard are older. There is the potential for it to go wrong. Their budget, already three or four times smaller than Real Madrid and Barcelona’s, minuscule compared to English teams and PSG, is tighter than ever. The potential is great, sure, but the pressure is greater. Last season they were on edge: finishing third mattered. Without the Champions League money, they would have been in trouble. This year they must follow that, at a time when there are more unknowns than before, far from home.

Atletico need someone to trust to guide them through that, and everyone trusts Simeone. Everyone also knows that everyone else does, that he carries responsibility, relieving them of theirs, and imposes belief and patience, giving them room to manoeuvre, even if not much. And because they trust in him, he trusts in them: they are doing it the “right” way, which is his way.

Now, they need stability and stability is Simeone. “We have a future and that future is us,” he said.