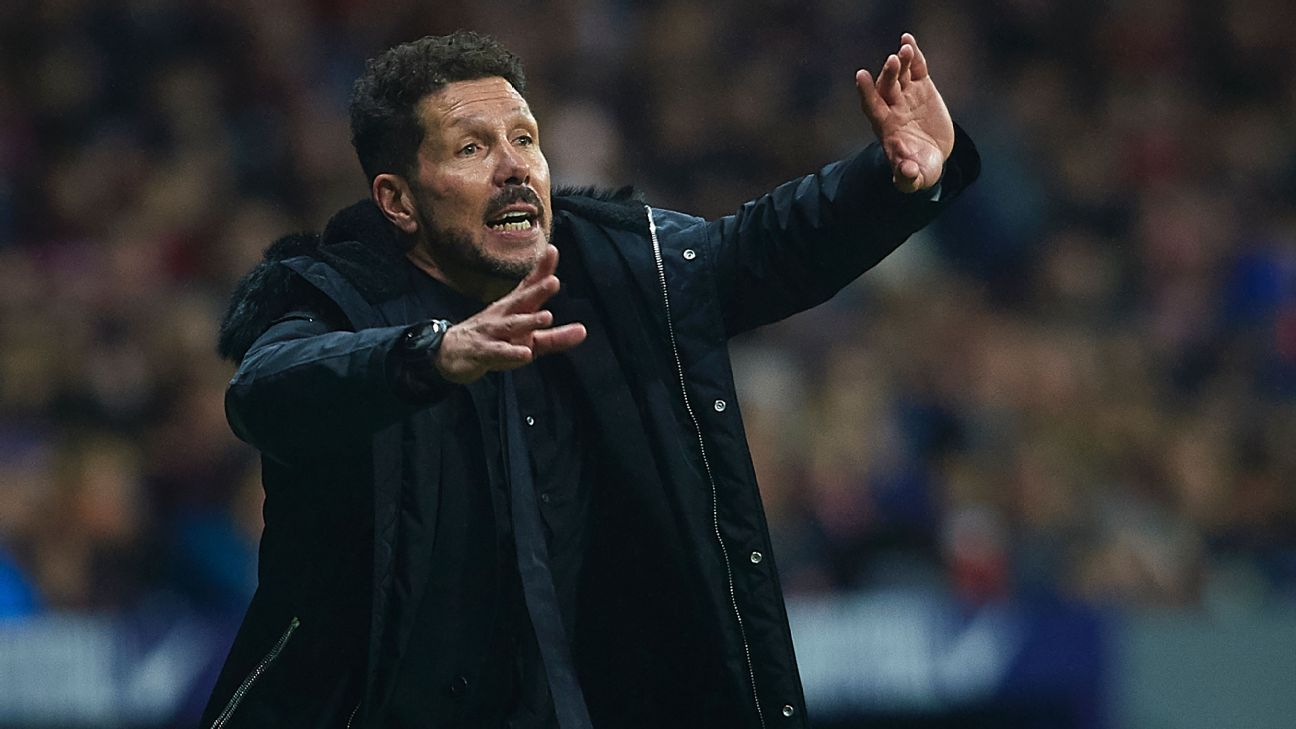 
Reports that Atletico Madrid manager Diego Simeone is in talks with the club over a new contract with a bumper pay-rise are untrue, the club have have confirmed to ESPN FC.

Marca and other Spanish outlets had claimed that talks between coach and club, which had begun last summer, were close to being finalised — and the new deal would see the Argentine earning more than forward Antoine Griezmann’s salary of over €20 million a year.

However, an Atletico spokesperson has told ESPN FC that “there are no open negotiations yet for Simeone’s new contract and the harmony between club and coach is total. Both sides consider that now is not the moment to sit down to talk.”

Simeone’s deal, which runs until June 30, 2020, was agreed in September 2017. The 48-year-old said at that time that his decision to sign had been based on the team keeping hold of stars including Griezmann, Koke and Saul Niguez.

Simeone has been Atletico manager for almost eight years, which makes him the longest serving coach in La Liga. He has won eight trophies including the 2013-14 La Liga title, 2013 Copa del Rey and the Europa League in 2012 and 2018.

Despite an inconsistent start to the 2018-19 campaign, Atletico could go top of the Primera Division table with a victory over leaders Barcelona at the Wanda Metropolitano on Saturday.

Simeone’s side are also well set for progress in the Champions League, having avenged a 4-0 group defeat at Borussia Dortmund with a 2-0 victory over the Bundesliga side earlier this month.