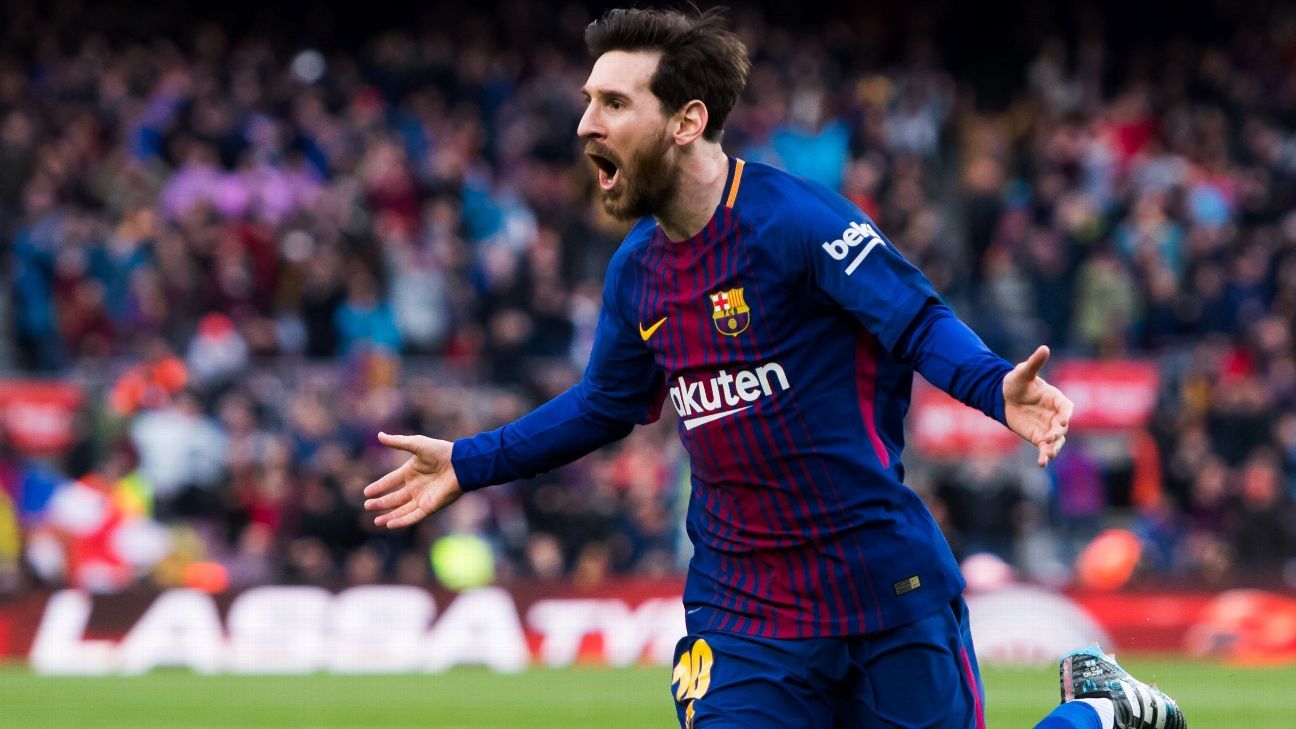 
Atletico Madrid coach Diego Simeone said that Lionel Messi was the difference after he scored the only goal in a 1-0 victory at the Camp Nou that pushed Barcelona into an eight-point lead at the top of the table.

Second-place Atletico entered in better form than their hosts, but Barceloa controlled the first 45 minutes completely and Messi’s 26th-minute free kick was scant reward for Barca’s domination of possession and territory.

Atletico were a different team after the break, with Simeone throwing on two more forwards and the momentum of the game shifting, although a Barca back line marshalled by Gerard Pique held out without too many problems.

With 27 weeks gone in La Liga, Messi now has more goals, assists, shots at goal, completed dribbles and created chances than any other player.

“Messi makes the difference,” Simeone said at a postgame news conference. “If we take the jersey off Messi and put on an Atletico one, maybe we would have won 1-0. But this is like playing in the barrio. When someone picks the best player, it is not easy for the other team.”

Simeone claimed even the first half had been well-balanced, as goalkeeper Jan Oblak had not been troubled apart from Messi’s goal.

“It was a very even game,” Simeone said. “There were not many chances for either team. In the first half, they had lots of possession and we did not attack much. We responded in the second half, played the cards we had, but did not manage an equaliser. I don’t believe it was down to attitude [in the first half]. We were not able to combine or press as we wanted, but the attitude of the lads is always the best.”

Atletico pushed and pushed after the break, but the closest they came was a goal by Kevin Gameiro correctly disallowed by the officials as Diego Costa was offside during the build-up.

“I am leaving happy with what we did in the second half, what could have happened,” Simeone said. “We were ourselves — with that hard work, intensity, conviction. To lose as we had done in the first half would have been disappointing. But to lose as we lost, it can happen in football. I was happy to see a closed-up Barca, pushed back, defensively strong.”

Although no chasing team has made up an eight-point gap in the last 11 games of a La Liga season, Simeone said his side would continue to give their all, while pointing out that his side had been very close to Barca in their direct meetings this season.

“It is very difficult to say [whether the title race is over],” Simeone said. “Everything indicates Barca will not lose three or four games, but this is football. I have always been taught to look to the next game. Our aim is to keep improving, keep competing as well as we can.