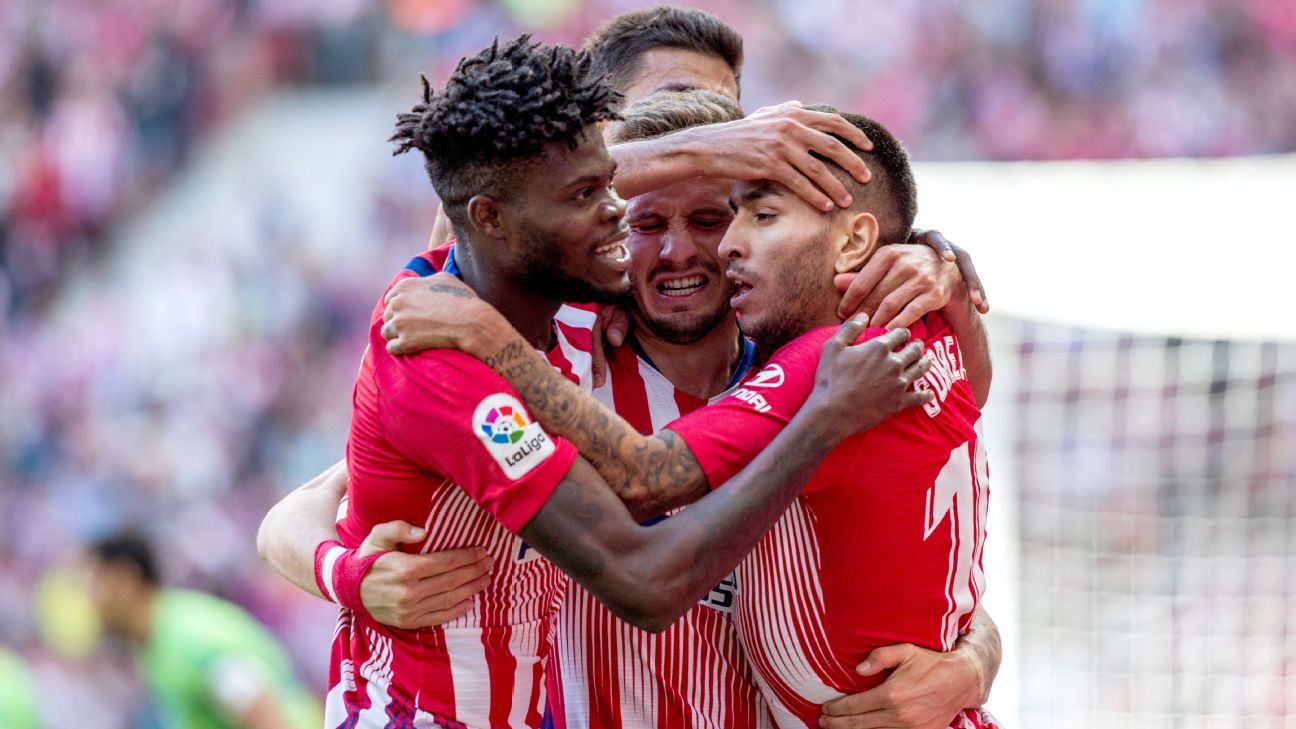 
Atletico Madrid coach Diego Simeone hailed his side’s continual improvement as they pushed to the top of the La Liga standings with a 1-0 victory at home to Real Betis at the Wanda Metropolitano on Sunday afternoon.

A quiet first half saw Betis dominate possession but neither side manage a shot on target. But Atletico upped the tempo after the break and full-debutant Nikola Kalinic struck a post while Antoine Griezmann, Rodrigo Hernandez and Kalinic all forced saves from visiting keeper Pau Lopez.

A deserved home goal finally came with 15 minutes remaining when Atletico regained possession on the half-way line, and substitute Thomas Partey set up fellow replacement Angel Correa to steer in a low shot from 20 yards.

With his team having recovered from early season stumbles to move towards their best form, the rojiblanco coach told the post-match news conference that he hoped the international break would not stall their momentum.

“The team has been improving, more intensity, more chances, pressing further up the pitch, and the new players have been contributing more,” Simeone said. “Today, we have been able to come through a very difficult game against a team who know what they are doing.

“There were many positive things, and we must continue like this after the international break. We try and play every game as if it was a final, and will keep doing that.”

Simeone played down the impression that his substitutions had been important in the victory, while maintaining that the key to a title challenge was having options on the bench which can change a game.

“The coaches are important, but the players are the most important, and I believe in them,” he said. “If I put on Thomas for Kalinic, it is to win the game, to rob the ball and break forward. Having Correa on the bench gave us the chance for him to change the game.

“When the players respond, it seems like the coaches have done well, but it is the players who have done it. The teams who challenge up the top of the table are strongest due to the players they can bring off the bench.”