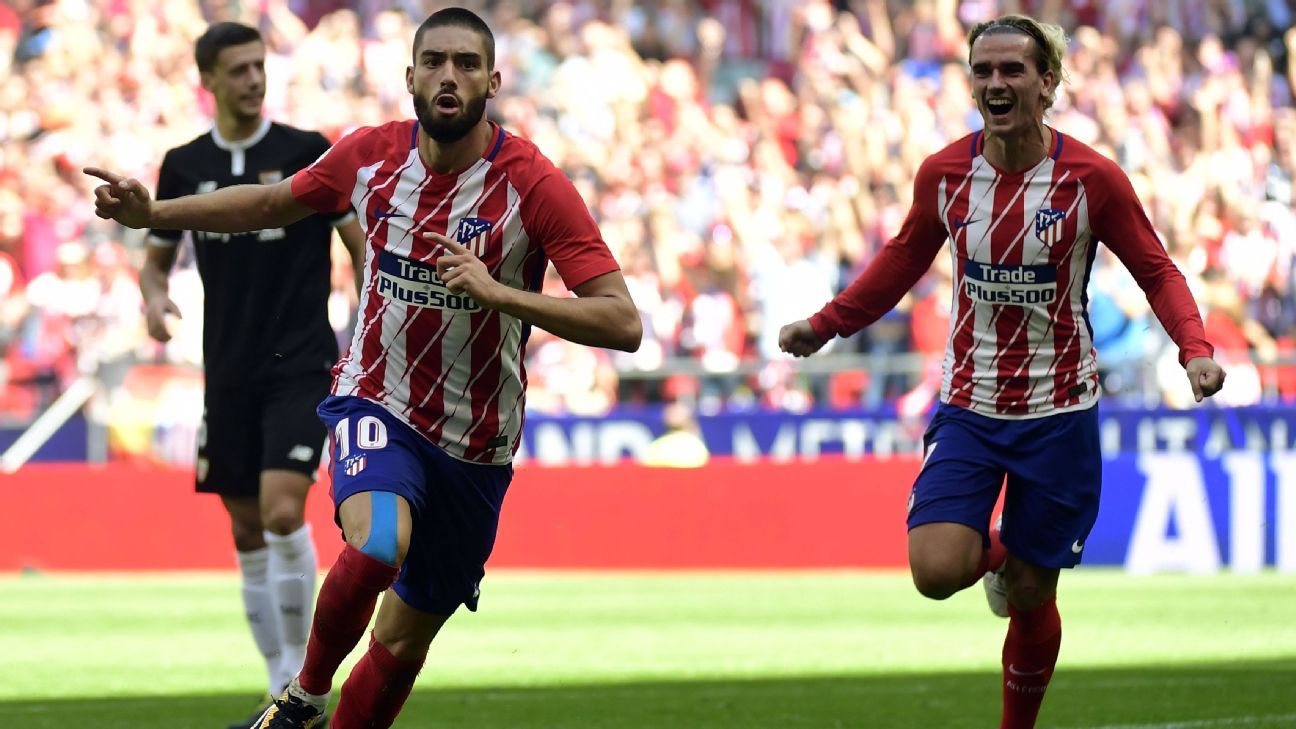 
Diego Simeone says Atletico Madrid’s new Wanda Metropolitano stadium is “like a Roman circus” after his team made it two wins from two games there by beating Sevilla 2-0 on Saturday, with Chelsea next up in the Champions League on Wednesday.

In Saturday’s early La Liga kickoff, both teams hit the woodwork in the first half, but the opening goal came just after the break when Yannick Carrasco took advantage of a mistake from Sevilla midfielder Steven N’Zonzi to neatly round goalkeeper Sergio Rico and score.

Simeone’s side took control from there and Antoine Griezmann sealed the three points with 20 minutes remaining by arrowing home a low shot from 12 yards to finish off a long team move.

Sevilla did not manage one shot on target across the 90 minutes, and Atletico have now conceded just once in their last five games.

With his team up to second place in the early Primera Division table, Atletico boss Simeone told the postgame news conference that he was excited about how they had begun the 2017-18 campaign.

“The team interpreted well what was needed in this start to La Liga,” Simeone said. “Many games away from home — at Valencia, in [Athletic] Bilbao. And then at home with these fans, when they get more attached to this stadium it will be tremendous. It seems like a Roman circus. I am very excited. It was better today, we are still getting used to the stadium, but we hope every day is better.”

Diego Costa was at the game after undergoing medical tests with Atletico earlier on Saturday morning ahead of a move from Chelsea. Sources have told ESPN FC that Atletico will sign Costa on loan until the end of the season with a commitment to buy for £58 million next summer.

“The arrival of Diego makes us very happy,” Simeone said. “That a player of his status wants to come to Atletico Madrid. There are still steps to make it official, steps that do not depend on us.”

Simeone had rested defensive leader Diego Godin among five changes to his XI, and withdrew Griezmann midway through the second half as minds drifted to Chelsea on Wednesday.

“We have been looking forward to the Chelsea game, they are a team full of extraordinary players,” Simeone said. “We will see what the team needs for this game. Each game is different and we can choose players who can make the difference.”

An inability to sign players in the summer due to a FIFA imposed transfer ban had been turned into a “positive,” Simeone maintained.

“We have turned a negative situation into a positive one,” he said. “Not being able to sign has made us focus on making the players that we have even stronger — Thomas, Luciano [Vietto], Lucas [Hernandez], [Angel] Correa. That has given us the chance to compete well. There is more competition for places now.”