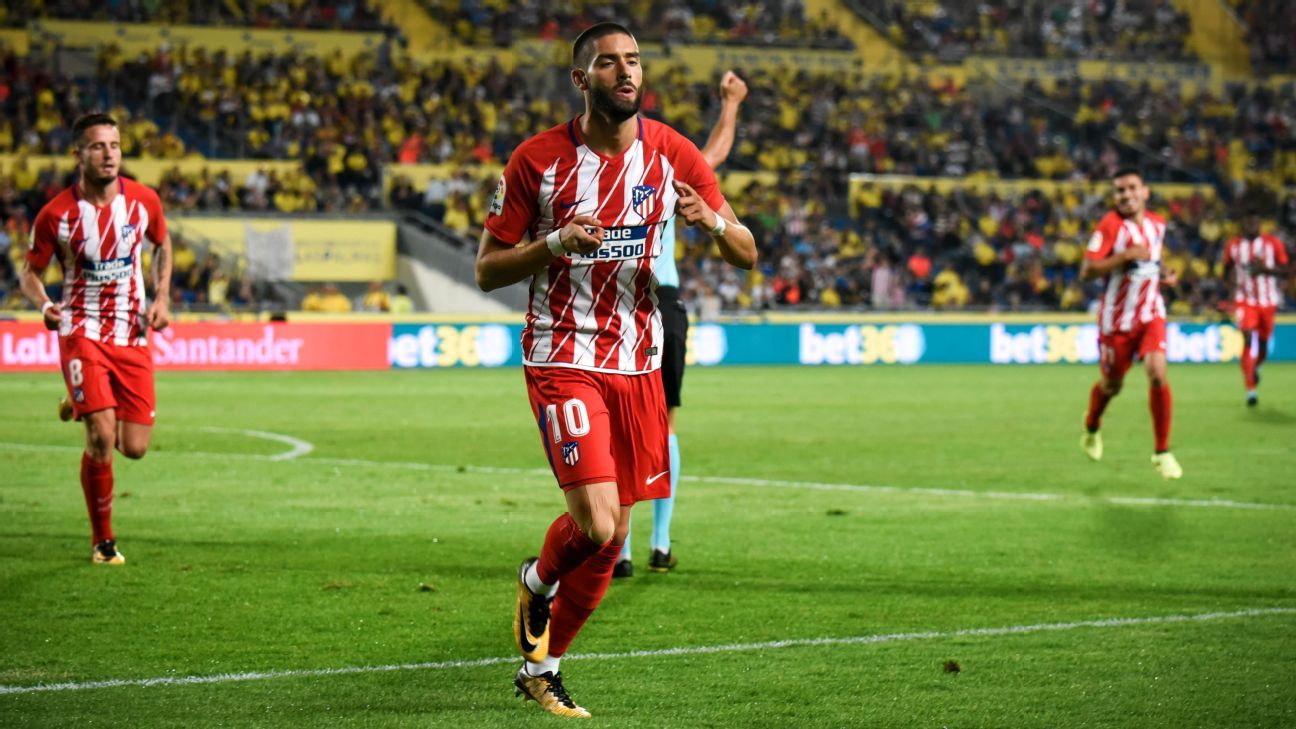 
Atletico Madrid coach Diego Simeone said Saturday’s 5-1 La Liga win at Las Palmas “had not been easy” but that his side knew how to manage the game after their whirlwind start.

Simeone made five changes to the side which drew 2-2 in last weekend’s opener at Girona, and his side were 2-0 up inside five minutes thanks to neat finishes from Angel Correa and Yannick Carrasco.

Ex-West Ham striker Jonathan Calleri headed the home side back in the game near the hour mark, but midfielder Koke soon restored his side’s two goal advantage with a fine 25 yard strike, and the Atletico midfielder then got his second of the night with a spectacular bicycle kick.

Simeone said in his postgame news conference that his team had got their reward for their early ambition to get ahead and their ability to take advantage to hit on the break.

“To go 2-0 up in five minutes is not easy,” Simeone said. “[Although] I always imagine the best, I will not lie. We were very committed from the start, went looking for the game.

“Las Palmas reacted well to that blow, but we saw how we could do them damage, taking advantage of the spaces which always open up at two goals ahead.”

Of those who came in, goal scorers Correa and Thomas were especially effective, but the Argentine coach did not single out any individuals for praise.

“The players were very effective on the pitch and played very well as a team,” Simeone said. “They reacted well to the changes of system during the game, which speaks well of the players.

“They got back to 2-1, and could have been 4-2 with the penalty. The final result is 5-1, but there were different stages in the game. If we had not worked as we had, and run as we did, the result would have been different for sure.”

Speaking on BeIn Sports after the game, double goal scorer Koke admitted the performance had been a reaction to last weekend’s game at Girona, when Atletico had been two goals down at half-time.

“Today was a good game from the start,” Koke said. “We learned from last week, and knew we had to come out and play as we usually do, with intensity and motivation. By seven minutes were 2-0 up, which was so important.

“We still have plenty to improve. We know it is difficult this season with all our games away from home, but we have got a very positive result.”