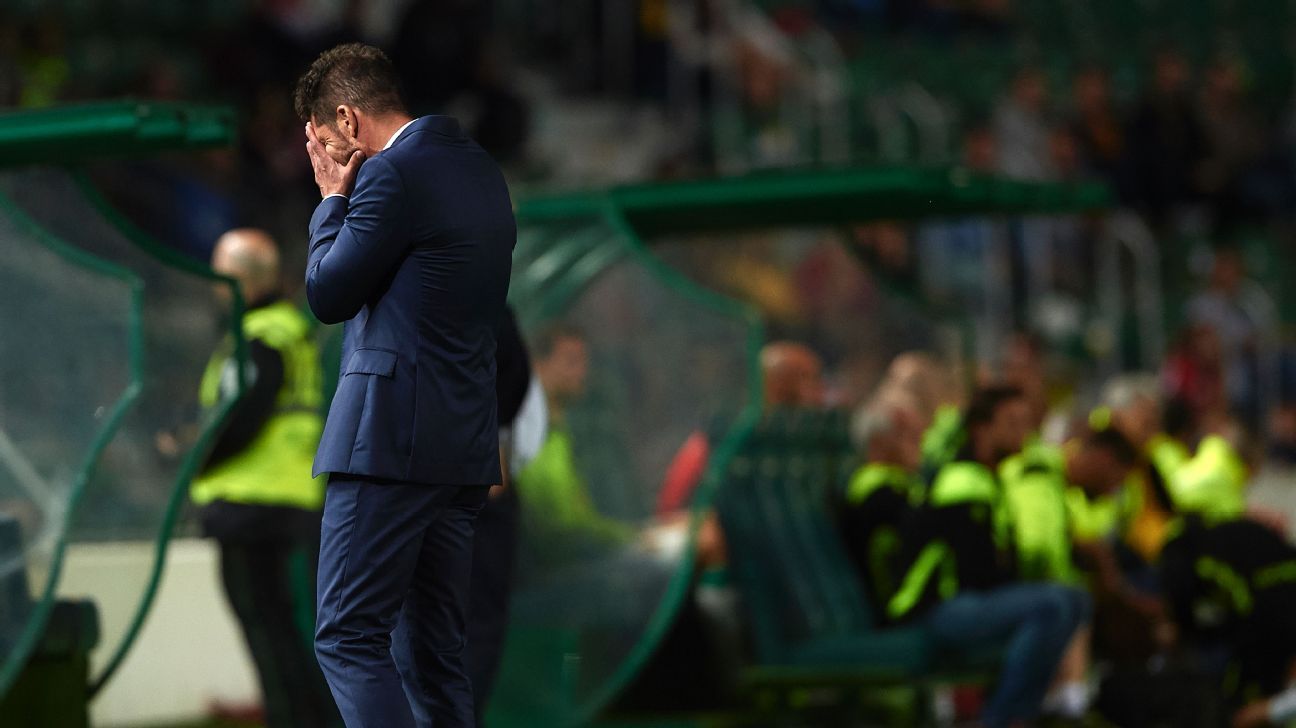 
Atletico Madrid coach Diego Simeone said he remained positive even as his team again gave up a late equaliser in Saturday evening’s La Liga 1-1 draw at home to Villarreal.

The first half started slowly but there were chances at both ends before half-time — visiting forward Cedric Bakambu side-footed straight at home keeper Jan Oblak from 10 yards, before at the other end Antoine Griezmann and Diego Godin were denied by Mariano Barbosa.

Atletico went ahead just past the hour mark when Correa beat Barbosa at his near post, after excellently controlling an Antoine Griezmann hooked cross. Simeone’s side settled in to defend their lead, only for Carlos Bacca’s bullet header to make it 1-1 with 10 minutes remaining.

Atletico have now drawn five of their last six games across three competitions, but the Rojiblanco coach told the postgame news conference at the Wanda Metropolitano that he felt his team were improving and on the right path.

“This was the best of our recent games, for individual performances and team intensity,” Simeone said. “We created chances to finish off the game — [Kevin] Gameiro had one but their goalkeeper made a great save. I am sticking to the positive, although the point does not taste too well.”

Twenty points from their first 10 La Liga games is one of the worst records of Simeone’s six seasons in charge, but the Argentine said he preferred to focus on positives.

“I will keep working hard, looking for alternatives, and believe in the players I have,” he said. “I have important players and an important team. If we keep on this path things will improve for sure. I always prefer to see the positive side”

“We have spoken a lot with Angel,” Simeone said. “He scored a [great goal]. He is a player who keeps improving, and we hope he does not stop at this.”

Correa himself told Gol on the final whistle that his team needed a bit of more luck in front of goal to end their recent problem of missed chances.

“We knew it was going to be a difficult game,” he said. “They are a good side and we were not able to finish them off, that is why we drew. We created many chances but the ball did not want to go in. We must be relaxed, we are making chances, and we just need a bit of luck. We must keep going like this.”