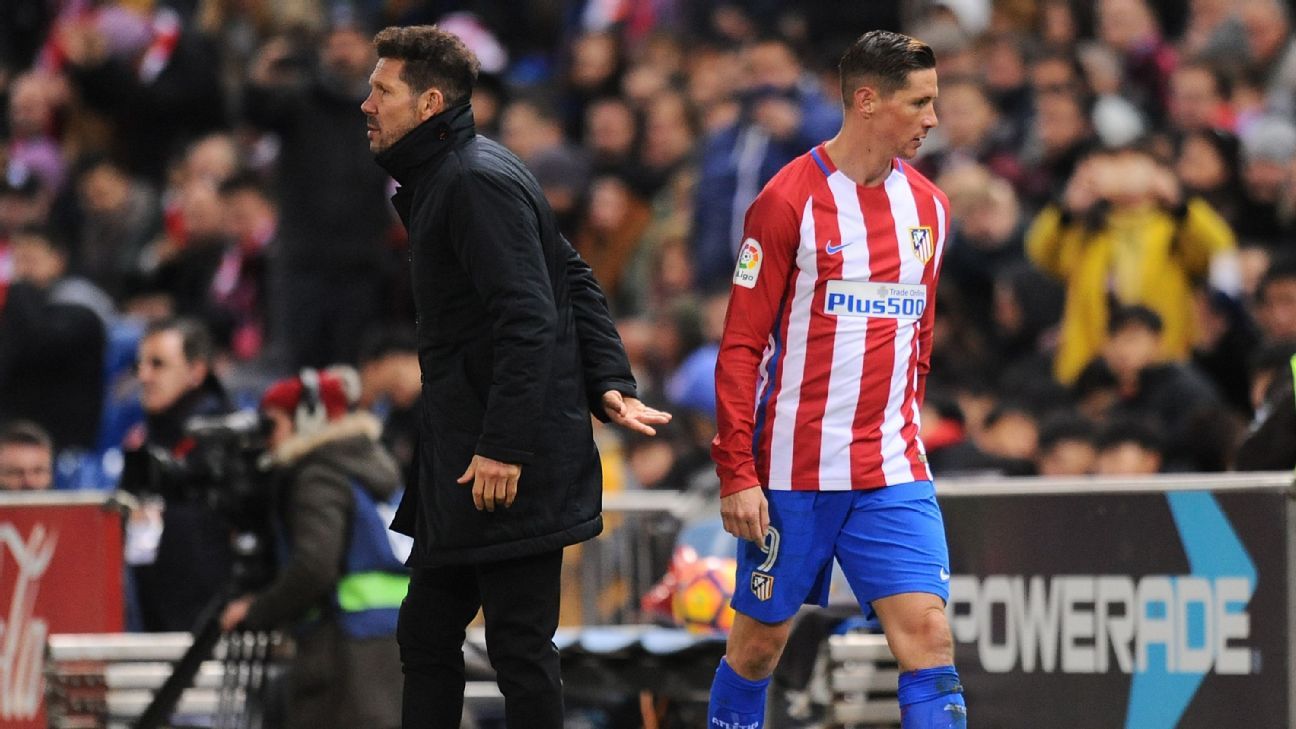 Simeone last week said he would not be fighting to keep Torres after the forward’s contract ends in June, with the player’s representatives making it clear they were unhappy with the situation.

Speaking on “El Larguero” radio show, Godin said that nobody at the club would have wanted to have to choose between its “two biggest idols” but the problem was now over.

“I was not surprised as it [what Simeone said] was taken out of context, but I understood perfectly,” Godin said.

“A lot was made of it, but the issue is already resolved. They have a normal relationship, with a lot of respect.

“Fernando is a great guy, very respectful. Simeone, too, always talks straight and prioritises the team and results above any name. That is best for the club.

“Neither Simeone nor Torres is bigger than Atletico Madrid. The worst thing a fan could have is to have to choose between the two biggest idols the club has had in recent years.

“Everyone would prefer that there is nothing to talk about, but football is like this.”

Godin said Simeone had often cited Torres as an example because of the 33-year-old’s commitment in training every day despite not playing regularly.

“Fernando is an example in his day-to-day — he does not talk much, but if you watch him you learn a lot,” he added.

“He is a great professional with a great feeling for this club. He has not played as many minutes as he would have liked, but he trains better than anybody, never puts on a bad face and gives his all when he gets to play.”

Godin said speculation that Torres could move to China had been wide of the mark.

“When there was talk in the paper I asked him and he told me no,” he said. “Fernando wanted to stay here, he is happy here.”

“The contract put on the table was practically impossible to turn down,” Godin said. “Sometimes it is difficult to say no. You must accept and respect decisions made by any worker.

“I did not get an offer [from China]. But if it came tomorrow I do not know what I would do. Today the Chinese market is doing things that were unimaginable a few years ago.

“I had an offer [from Manchester City] in 2015. When they put so much money on the table it spins your head, like it would to anyone.

“But at that moment I prioritised other things, and I am still here.”