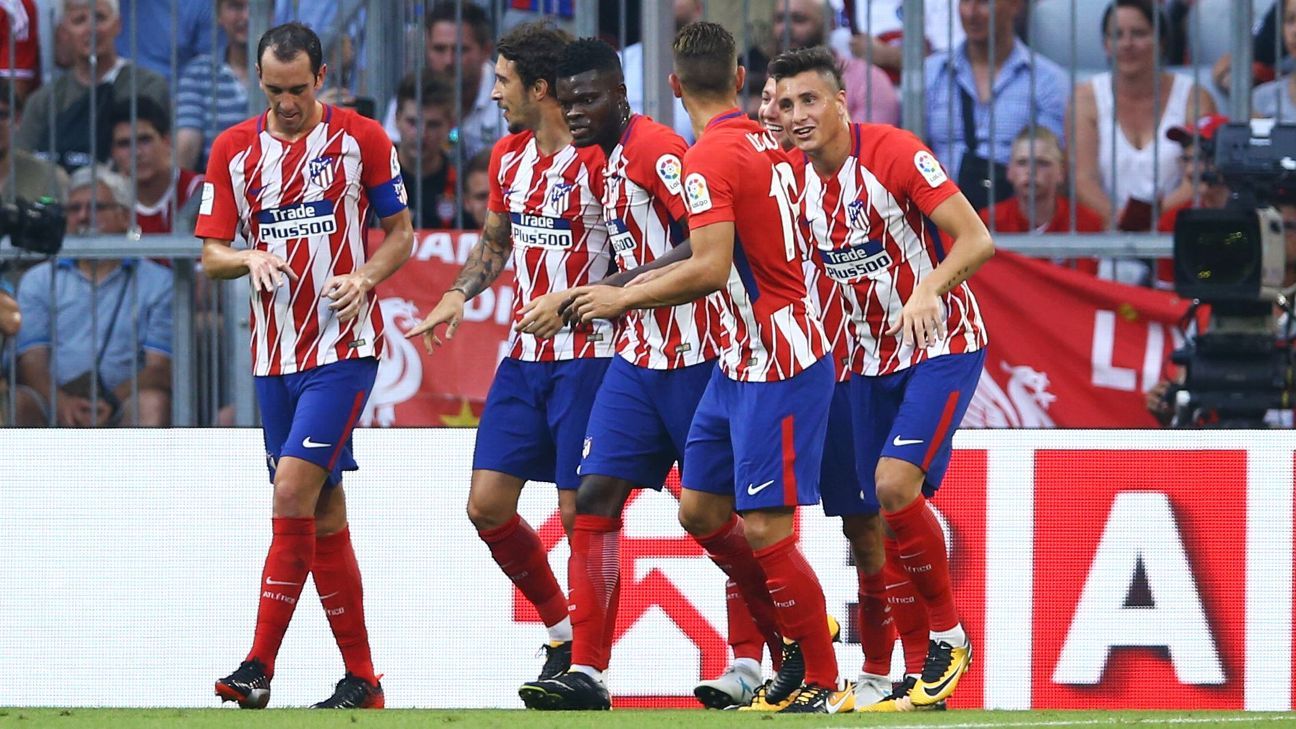 
Atletico Madrid coach Diego Simeone says he is excited about the Spanish club’s future as he prepares another assault on the Champions League.

The Argentinian appeared to be losing some of his enthusiasm as Los Colchoneros were eliminated from the Champions League by their old rivals Real Madrid in the semifinals in May, but he insists he has fully recharged his batteries and is as enthusiastic as ever as they prepare to face Roma on Tuesday night.

“When we played the last game of last season, at the [Estadio Vicente] Calderon, I spoke to all the people at the stadium and told them my thoughts,” he said at a news conference in Rome.

“I believe in the future of this club, I believe we are working well and we’ve got some good young lads coming through and we want them to mature well.

“We’ve got a great future ahead of us and the chance to grow even more. We’ve got a new stadium, which we will open next week, so we’re optimistic that we can move things. The challenge gets greater and greater. There’s life here.”

His side has two lost Champions League finals in the past four years are therefore viewed as important parts of their development and not failures.

“Our motivation is to win the Champions League,” he said. “One final we lost two minutes from the end, the other we lost on penalties. This proves that we did all we could.

“After many years that Atletico were not playing regularly in the Champions League, achieving what we have done has been important to take us forward, towards the ultimate objective, which is to win it.”

That can be achieved if Atletico all pull in the same direction, with defender Diego Godin convinced they have all the ingredients, after initially joking that Simeone is not actually a very good coach.

“I don’t think he is,” said the Uruguayan. “Joking aside, we do think we have a great coach. Of course you need the best players and the best coach to win the Champions League and we’ve got both.”

Their first test comes against last season’s Serie A runners-up at the Stadio Olimpico.

“It’s going to be tough against a really good team,” Godin said. “We’ll play like we always do, looking to give it the best we can. We’ve got great enthusiasm and determination for this, a new page.

“It’s a long road and we know how to follow it, but we’ve got to take it one step at a time, with the aim of going as far as we can.”