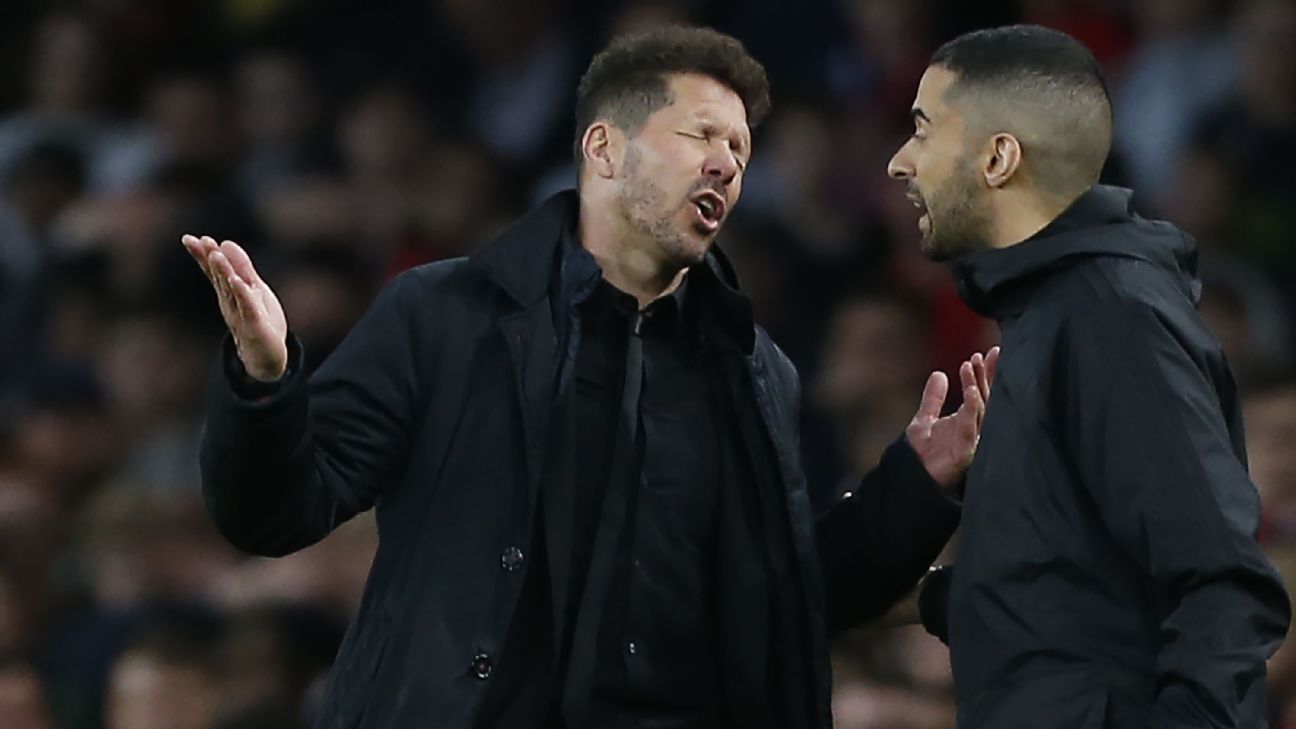 
Atletico Madrid coach Diego Simeone faces a touchline ban if his club reach the Europa League final because of his conduct at Arsenal, UEFA said on Friday while charging both clubs.

UEFA said Simeone faces separate charges of insulting a match official and “improper conduct” that could carry a two-match ban, but UEFA’s disciplinary panel will not judge the case until next Friday — after the semifinal second leg in Madrid.

Simeone was sent from the dugout in the first half of Atletico’s 1-1 draw in London on Thursday and watched the rest of the first leg from the stands.

Thursday’s game ended 1-1 as 10-man Atletico battled back to earn a draw courtesy of Antoine Griezmann’s late strike, despite Sime Vrsaljko being sent off inside 10 minutes.

Atleti themselves will answer charges for improper conduct of the coach and throwing of objects.

Arsenal were charged for the setting off of fireworks, with the case also to be dealt with by the UEFA Control, Ethics and Disciplinary Body on May 4.

The Ligue 1 outfit will have to answer charges regarding the setting off of fireworks and the blocking of stairways.

Information from The Associated Press and Press Association was used in this report.