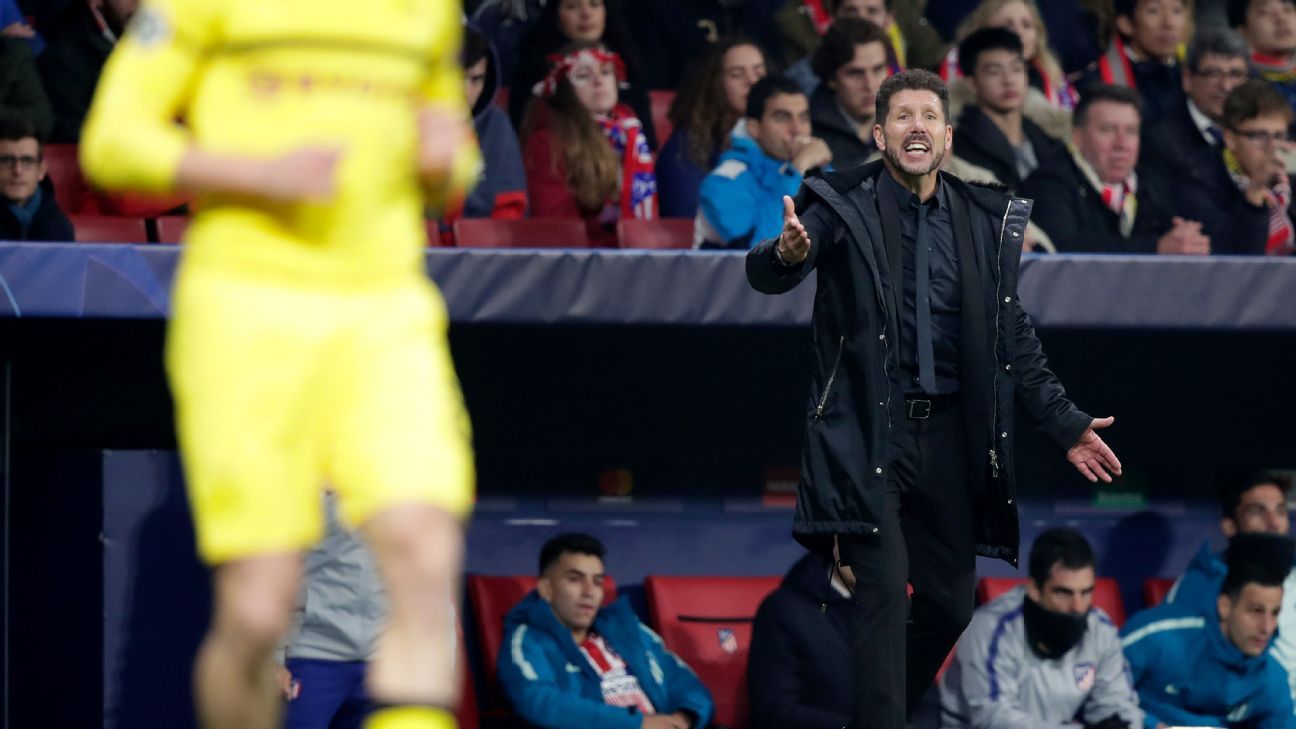 
Atletico Madrid coach Diego Simeone was delighted with Tuesday’s 2-0 Champions League Group A victory over Borussia Dortmund at the Wanda Metropolitano, having lost to the same opponents 4-0 last month.

Goals in each half from Saul Niguez and Antoine Griezmann gave Atletico a deserved three points — and also some revenge for the heavy defeat in the reverse fixture at Dortmund.

“The team responded, we understood how not to give spaces to a team that counter-attacks, is fast on the wings, was unbeaten all season, not conceding goals,” Simeone said in his post-game news conference.

“We were also missing some players, but the group showed again that the structure of the last seven years is there.”

Both Atletico and Dortmund now have nine points and look all but certain to qualify following Monaco’ shock 4-0 loss at home to Club Bruges in Tuesday’s early Group A game.

“This makes us optimistic,” Simeone said. “We must keep on this path of hard work and not get confused. The same as we have been doing for some years now. There are still two games left and many things could happen.

“If one team can take six points, they will have a great chance [of winning the group].”

With Diego Godin and Koke injured, Griezmann was captain for the night and scored for a second consecutive game, having previously gone four club games without a goal.

“[Griezmann] is in an extraordinary moment,” said Simeone of the World Cup 2018 winner and potential Ballon d’Or candidate. “He is coming from a fantastic season, and when he is switched on and reads where he can do damage, he does it very well.”

A downside for Atletico on the night was a thigh injury for defender Jose Maria Gimenez, a headache for Simeone with fellow centre-backs Godin and Stefan Savic also currently sidelined.

Simeone praised 19-year-old youth teamer Francisco Montero, who came on at half-time for his UCL debut, and helped keep a clean sheet.

“[Montero] is happy, he’s made his debut against a powerful team and done pretty well,” Simeone said.

“It is a message for the rest of the kids in the youth system, who know that any day they can be called up. In life, the present in the most important.”