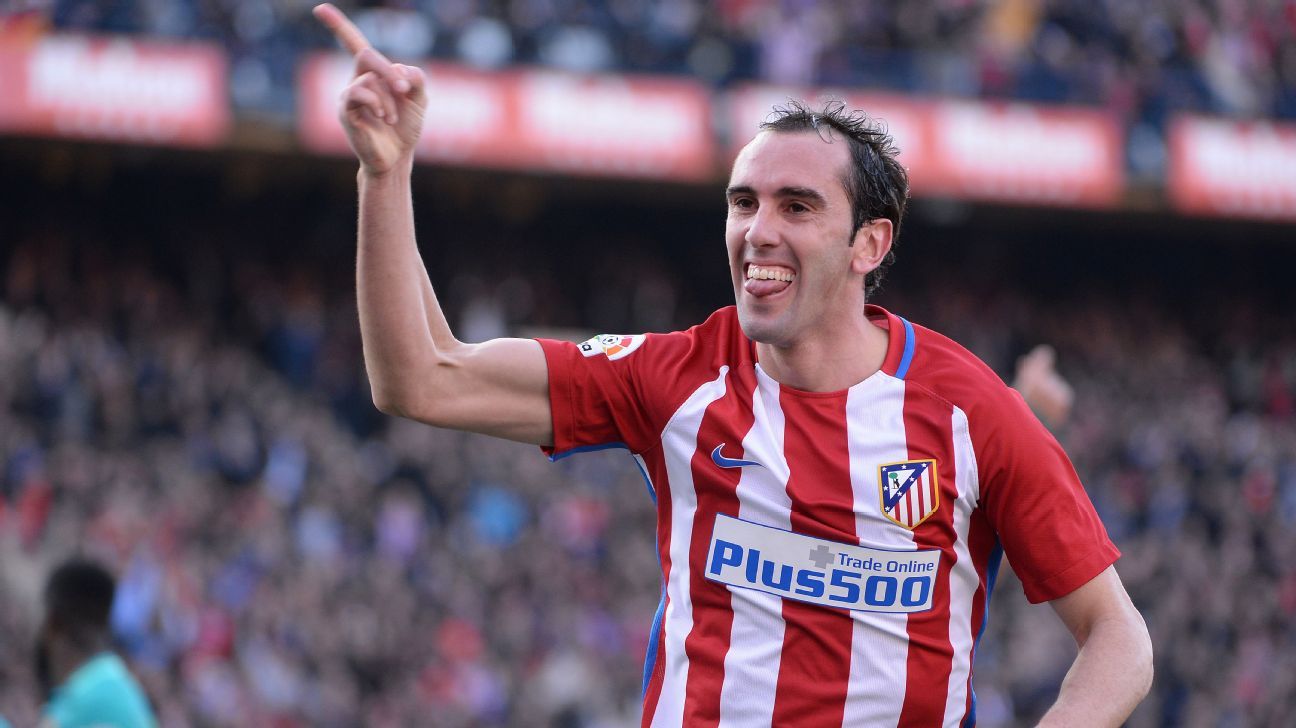 
Atletico Madrid centre-back Diego Godin says he is “proud” to have written himself into the club’s history books after joining former teammate Luis Perea as the non-Spaniard with the most appearances for the Rojiblancos.

Uruguay international Godin played the full 90 minutes in Atletico’s 1-0 La Liga win at Celta Vigo on Sunday, pushing him to 314 games in all competitions for the club, equalling the appearance record set by ex-Colombia international Luis Perea between 2004 and 2012.

Godin, who joined Atletico from Villarreal for €8 million in 2010, told Marca that he was happy to have reached the mark, but wants to continue to achieve more at the club.

“I am very proud of this,” the 31-year-old said. “It is an enormous joy for me. To write a page in the history of the club is something very important for me. I will be remembered for these numbers, but what I want is to be remembered for what I have done for the club on and off the field. So we must keep going.”

Sunday’s victory was Atletico’s first win in any competition for a month, with coach Diego Simeone saying afterwards that it was “important” for his side and it had been “a long time coming.”

Kevin Gameiro’s winning goal was his first of the season in just his second start.

Gameiro, who is reported to be leaving in January when the club’s FIFA transfer ban is lifted to make way for Diego Costa, told AS that he was “not afraid” of fighting for his place in Simeone’s side.

“I know I am at a great team and there is a lot competition,” Gameiro said. “I am not afraid. We are going to compete to get a starting place in the team. I am not worried about that at the moment. There will be plenty of time to think about that. I just think about myself and the team. I’m not at 100 percent yet, but soon will be.”