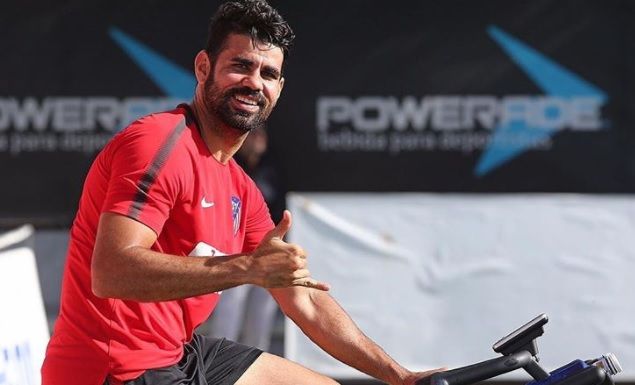 Having missed preseason, Diego Costa is now putting in the hard yards ahead of his grand return to the Atletico Madrid first team.

After being informed he was surplus to requirements at Chelsea at the end of last season, Costa went AWOL in August while the Blues negotiated a deal with Atleti, despite the latter being under a transfer embargo.

As such, the 28-year-old striker will remain unavailable for selection until January, by which time the Spanish club intend to have him fit, ready and raring to go.

Diego Costa putting it in for Atletico Madridpic.twitter.com/Hk3jeu9RmR

Indeed, Atleti have been laying on individual fitness sessions for Costa, who is being whipped into shape by renowned fitness coach Oscar ‘The Professor’ Ortega.

Costa was filmed slogging through a variety of Ortega’s notoriously intensive drills and struggling to catch his breath at the end of most of them.

Still, the Spanish international forward just about managed to put a brave face on it for the club’s official Instagram account.

A few more weeks should be enough to wipe the smirk from his face!