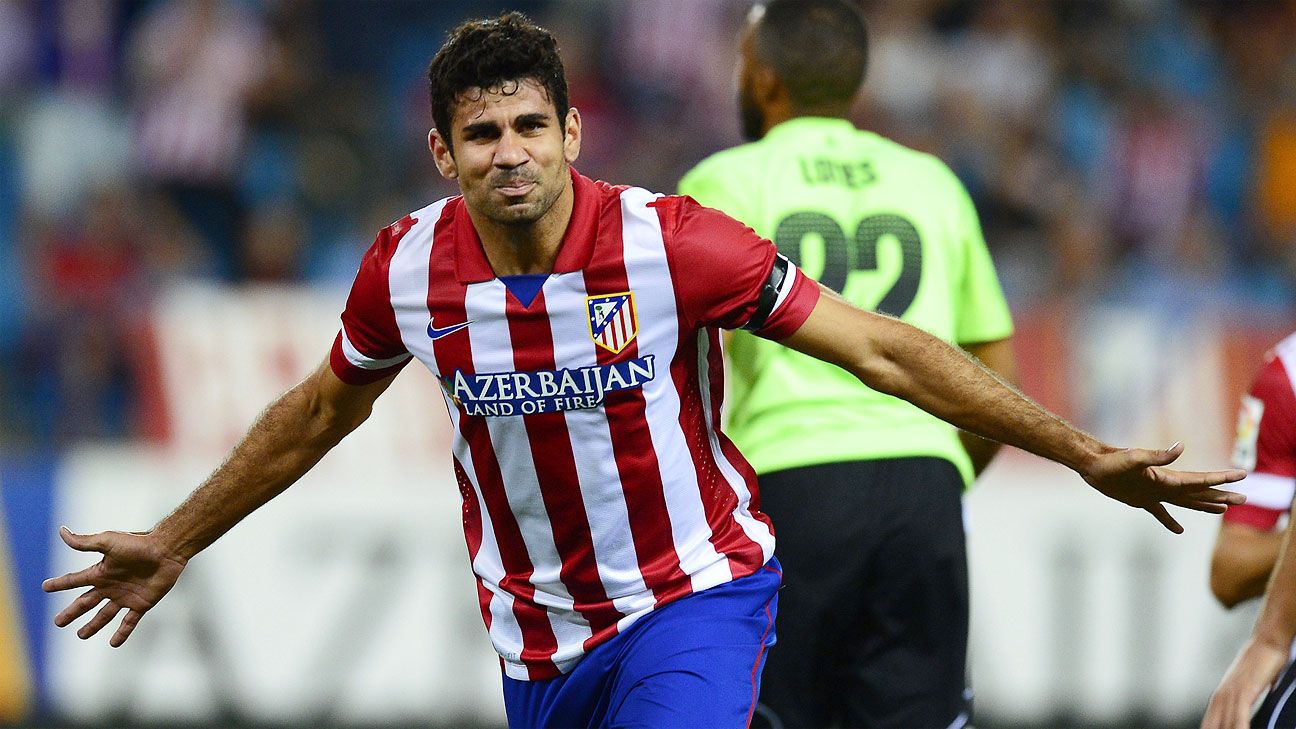 
Diego Costa is making the most of his extended summer break in his hometown in Brazil — by enjoying a street party in an Atletico Madrid shirt.

The 28-year-old has made it clear that he wants to return to his former club this summer after Antonio Conte informed him via text message that he was not wanted at Stamford Bridge next season, and he has been excused from joining the rest of the Chelsea squad on a preseason trip to China and Singapore.

While his Blues teammates are navigating a gruelling schedule of double training sessions at Cobham, Costa has remained in Lagarto — the small town where he was born and raised and where he is adored as a hero — keeping fans updated on his activities with regular videos on his Instagram account.

Lengthy footage posted on Sunday showed Costa filming a street party featuring a live band, attempting to play the drums and mingling with fellow revellers (several of whom are wearing Atletico shirts with his name on the back) before donning one himself and posing for the camera.

Diego Costa is partying in Lagarto… in an Atletico shirt (from his Instagram video). Beats pre-season #cfc pic.twitter.com/9Iwv4rYblI

Earlier in the video, Costa engaged in a public text exchange with Chelsea teammate Cesc Fabregas in which he posted, “Dale un abrazo a conte,” which translates to “give Conte a hug.”

It doesn’t seem as though Costa holds any grudges towards his head coach for that infamous text message earlier this summer, but it’s now a question of when rather than if he returns to his beloved Atletico.