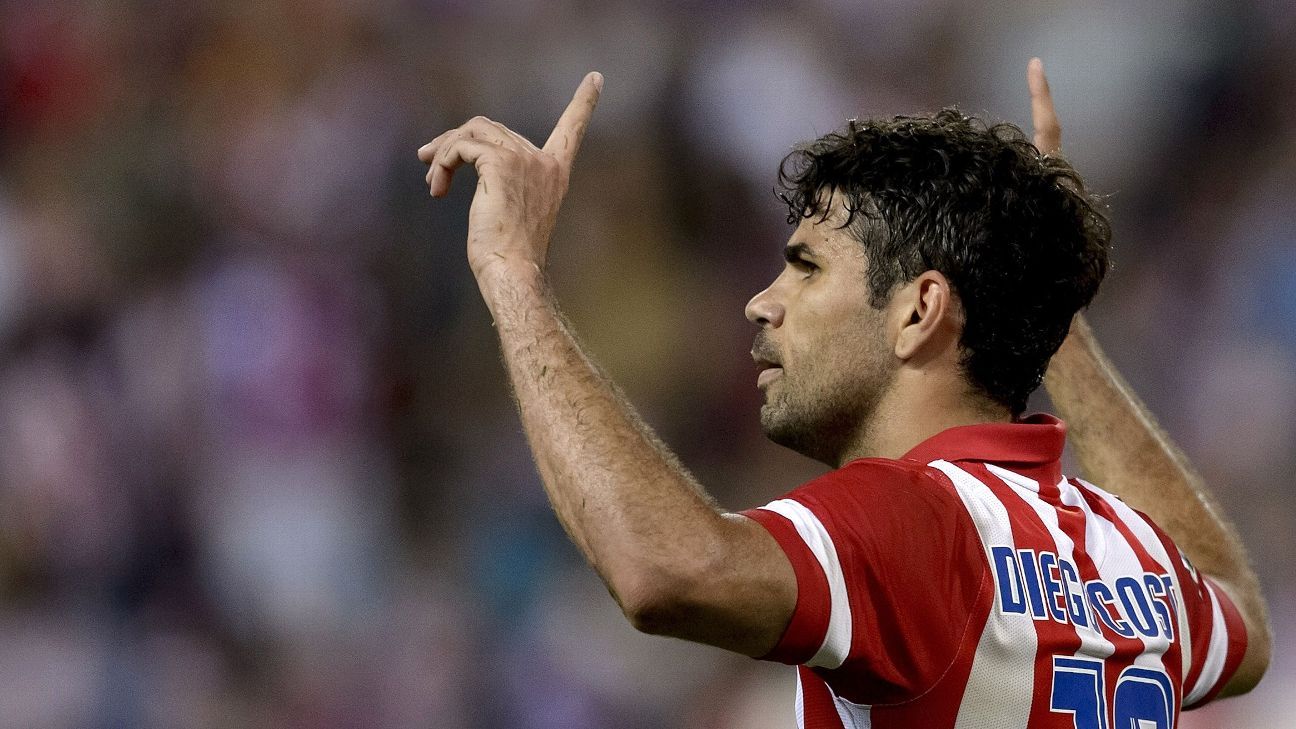 
Diego Costa has officially completed his move from Chelsea to Atletico Madrid, the clubs announced on Tuesday evening.

After Costa fell out of favour at Stamford Bridge last season, a deal was agreed last week to allow Costa to return his former club.

And Costa has now agreed personal terms with Atletico and can join training before he’s registered to play at the opening of the next transfer window on Jan. 1.

“I am very happy to be returning home,” Costa told Atletico’s website. “I have always said it, Atletico is my club and I am very, very, very happy. I am really looking forward to being able to contribute.

“I will give everything for the team as I always have. I want to thank [Atletico CEO] Miguel Angel Gil especially, and all the club, for the effort they made to bring this forward.”

Atletico said Costa will wear the No. 18 shirt but revealed neither the price of a transfer fee nor the length of the striker’s contract, which the 28-year old signed after undergoing medicals on Saturday and Monday.

Sources close to Chelsea confirmed to ESPN FC last week that the total transfer fee was around £58 million (€66m) — the same price the Blues spent on Alvaro Morata last month in the knowledge that Costa was leaving.

Reports in Spain last week said that Costa would sign a contract through June 2021 and would be Atletico’s most expensive signing at €55m (£48.5m), plus €10m (£8.8m) in variables, surpassing the €40m they paid Porto for Radamel Falcao in the summer of 2011.

Costa, who previously played for Atletico from 2010 to ’14, is expected to be on hand and could be unveiled when Chelsea travel to Atletico Madrid for their Champions League group stage match.

Costa joined Chelsea from Atletico for £32m in the summer of 2014 and won two Premier League titles at Stamford Bridge, finishing as the club’s top scorer in each of his three full seasons. But he never hid his dissatisfaction with life in England and pushed for a move back to Atletico on several occasions.

He was dropped by Conte in January following a training-ground argument and a lucrative bid from Chinese Super League club Tianjin Quanjian, and Chelsea proactively pursued an elite striker this summer — eventually signing Morata — while Costa opted to remain in Brazil this summer rather than return to London.

“We thank Diego for his efforts and wish him well in his future career,” Chelsea said in a statement.