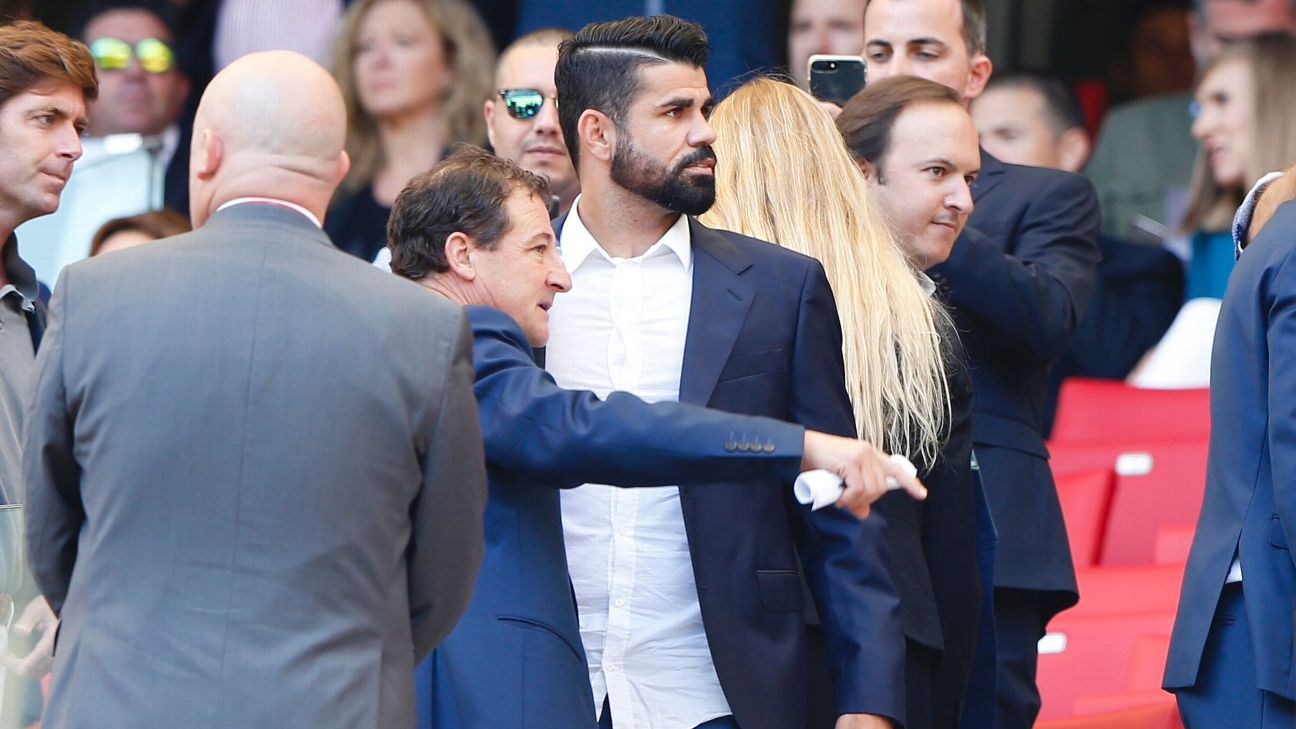 
Atletico Madrid coach Diego Simeone says he wants his players to contribute more when Antoine Griezmann is underperforming, while adding that new signing Diego Costa is not guaranteed a starting spot when he is available to play in January.

Griezmann was substituted with 25 minutes remaining in last Saturday’s 0-0 draw at Leganes, and the France international himself admitted to disappointment with his contribution after the previous Wednesday’s 2-1 defeat at home to Chelsea in the Champions League.

Speaking on “El Larguero” radio show, Simeone said he is always looking to drive his players on to give more to the cause, while maintaining that Griezmann had “spoiled” Atletico by winning games for them in the past.

“I feel that I am the ideal coach for Atletico at the moment,” Simeone said. “I whip myself if a player does not give the maximum they can give. With Griezmann that is not the case, he is an outstanding player and has spoiled us. If he does not score there is a gap. [Last summer] I was convinced he would not leave. I like him a lot.”

Costa’s return from Chelsea to the club where he won the 2013 Copa del Rey and 2014 La Liga titles has opened up more competition for places in attack, with Griezmann, Angel Correa, Luciano Vietto, Yannick Carrasco, Kevin Gameiro, Nicolas Gaitan and Fernando Torres, as well as Vitolo, who joins from Las Palmas in January, all competing for places up front.

“Of the players who could bring us closer to the top, Diego Costa was the chosen one,” Simeone said. “A different player of his quality maybe we could not afford to pay. The fans want to see the Costa who left us.

“Of the players we have had, he is the one who most surprised me. He brings together goals, hard work, effort and leadership. I imagine Costa and Vitolo finding it tough to get into the team. I look at who we have at the moment. They will have to work to earn their places.”

Due to La Liga salary cap rules, Atletico are likely to have to move players off the payroll in January, with Gameiro and Gaitan reported to be the most likely to leave.

“I would not close the door on anything — arrivals or departures,” Simeone said when questioned about the possibility of players moving on.

Meanwhile, France coach Didier Deschamps has said that he would like to see Griezmann back to his very best as Les Bleus head into crunch World Cup qualifiers against Bulgaria and Belarus this week.

Asked if he was worried about Griezmann not being on top form currently, Deschamps was quoted as saying by Marca: “No. But if players can be at their best level, then it is easier for us.”