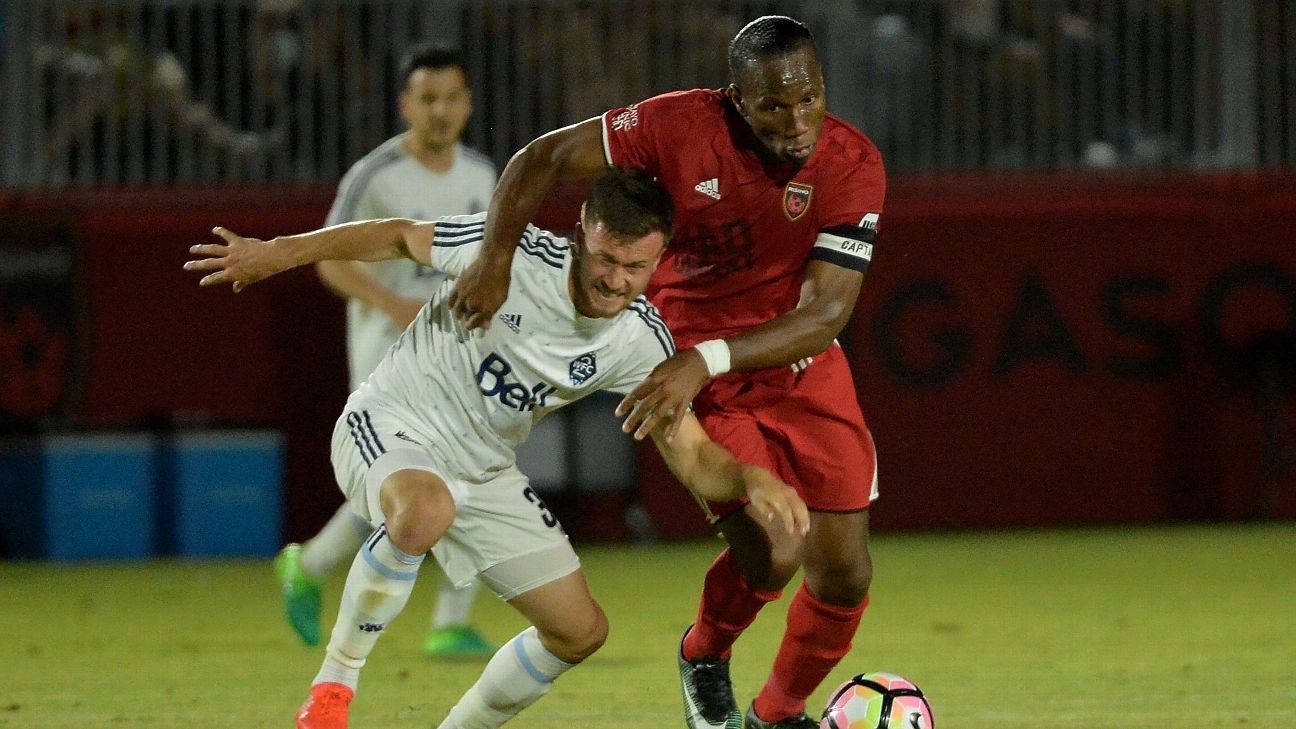 
Didier Drogba he will bring the curtain down on his playing career at the end of his upcoming campaign with Phoenix Rising.

The former Ivory Coast international celebrated his 40th birthday on Sunday and, 20 years after he made his professional debut at Le Mans, he told Telefoot he will hang up his boots at the end of the USL campaign.

“It’s really a pleasure for me to play,” he said. “I started late at the top level. I really enjoy playing. I like my role of owner-player a lot. I’m surrounded by a lot of youngsters, and I like passing my know-how on to them. But this season is the last. I’m 40, it’s time now.”

Drogba’s eldest son, Isaac, joined Guingamp’s youth academy in February, but his father still harbours hopes of returning to another of his former clubs, his beloved Marseille, in a non-playing role.

With ambitious American businessman Frank McCourt having bought the club, OM are now attempting to return to the prominent place they enjoyed in French football in the 1990s.

Currently third in the table and going well in the UEFA Europa League, the team are performing impressively this season, and Drogba could envisage becoming part of McCourt’s plans.

“We’ll have to see what is offered. I’m always ready to help,” said Drogba, whose performances inspired OM to the UEFA Cup final in 2004 and convinced Chelsea to sign him.

“In any case, Marseille are showing good things this year. Rudi Garcia’s project is taking shape, they’re building a team with young players. It’s excellent to stay in the top three with a team like that. As a fan, I have a lot of faith in them.”