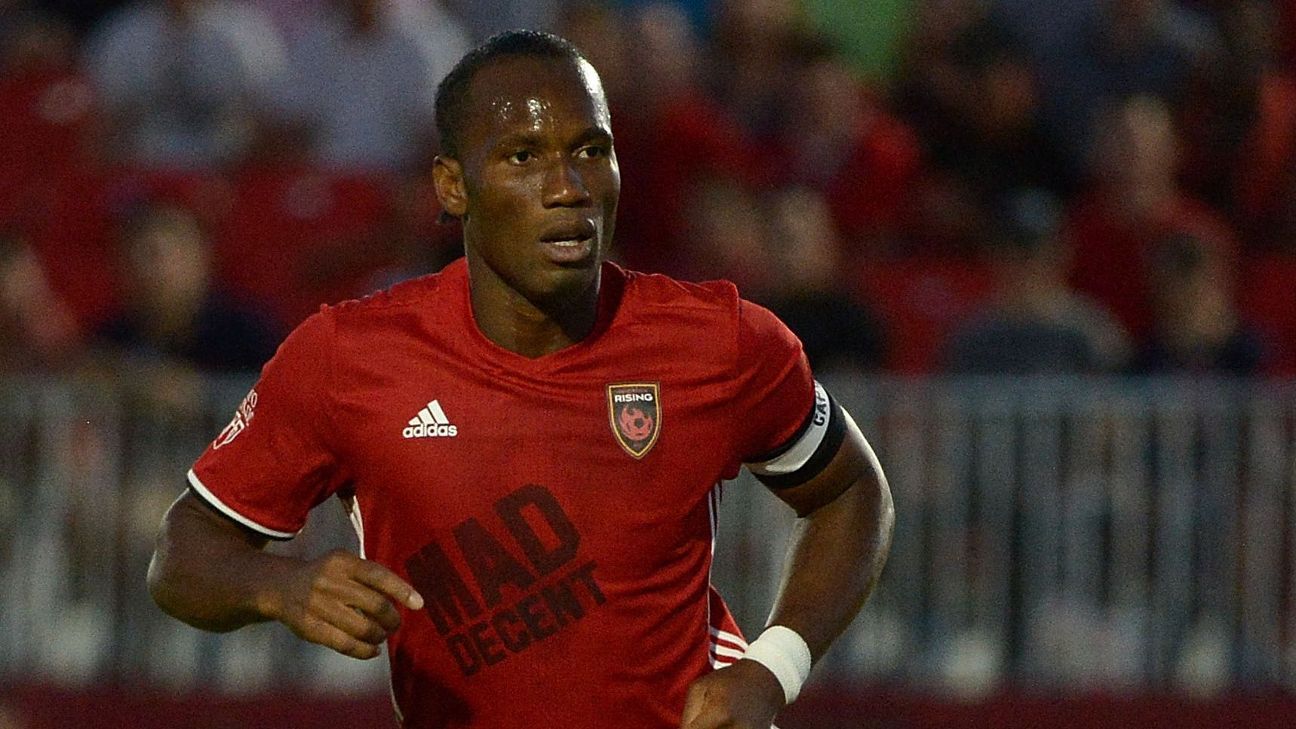 
Former Chelsea and Ivory Coast striker Didier Drogba seemingly hinted on Friday that he will continue playing football, one day after the Phoenix Rising FC’s defeat in the final of the United Soccer League Cup.

Drogba, a player and co-owner at the Phoenix club since 2017, had previously said that he would retire at the end of the season, which has now come to a close with the 1-0 loss to Louisville City FC.

Drogba did not address the topic following Thursday’s match, but he posted on Friday a message on Twitter that alluded that his playing days will continue.

What the 40-year-old plans to do next, should he retire, is not yet known, though he indicated to ESPN in late 2017 that he would be looking into an administrative role with Rising.

“The plan is going well; this opportunity is amazing because it puts me straight into what I want to learn. I enjoy more the fact that I am learning a lot about the other side of the game, which is very important,” he said a year ago.

Brother @didierdrogba . The city of Phoenix and @PHXRisingFC are proud of your amazing contributions to the beautiful sport!

You have laid the foundation of something really special that we are all going to enjoy for many years to come!

The two-time African footballer of the year has had a storied career that spanned the globe, with his early career spent in France, most notably with Marseille.

His most prolific, and lengthy, stay was with the Blues, where he scored 164 goals in 381 appearances in eight seasons. He returned to the London club in 2014-15 for a spell that saw Chelsea win the Premier League title.

The last three years of his career, after spells in China and Turkey, were spent in North America, first with Major League Soccer’s Montreal Impact, and then with Rising after he invested in the club last year.

He has long since retired from international duty, calling time on Ivory Coast in 2014 after the World Cup in Brazil, having scored 65 goals in 105 matches spanning 12 years.