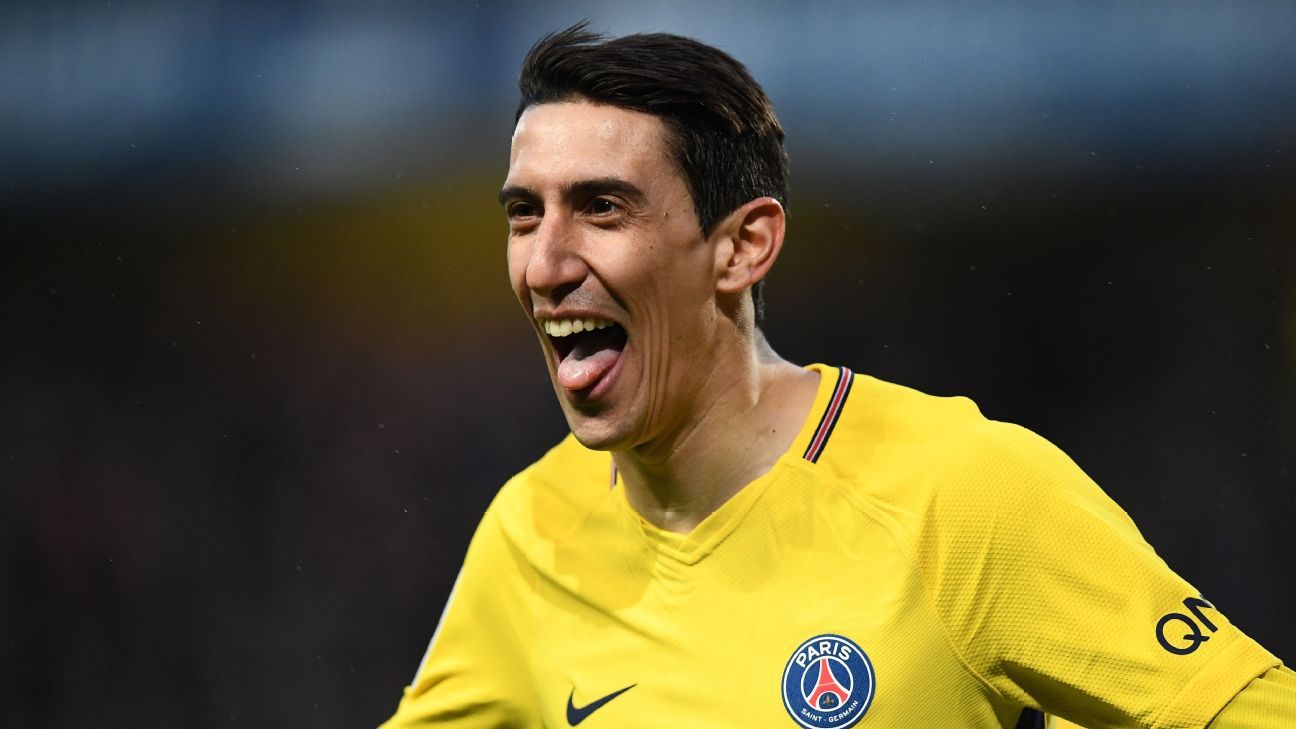 
Paris Saint-Germain maintained their 14-point lead at the top of Ligue 1 and announced themselves ready to face Real Madrid in the second leg of their Champions League round-of-16 tie next week with a 2-0 win away at Troyes on Saturday. Angel Di Maria and Christopher Nkunku scored as Unai Emery’s depleted squad got the job done against their struggling hosts in relatively straightforward fashion.

With so many regular starters rested in Troyes, the most important thing for PSG was to win at Stade de l’Aube — that is exactly what the French capital outfit did.

Opening scorer Di Maria was key once again, and thankfully for Emery, the Argentine international’s 2018 form has not suffered since he was an unused substitute at Santiago Bernabeu for the first leg of the Real doubleheader.

Having missed the midweek win over Marseille in the Coupe de France through injury, Alphonse Areola starting in goal over Kevin Trapp with Real early next week was a surprise, but the youth academy graduate performed well and made an excellent late save in an illustration that he is ready.

It should also be noted that Lassana Diarra has given Emery a selection headache in midfield with a good performance on a day when Thiago Motta might have proved his fitness, but he looked sloppy on the ball.

Few. You could perhaps argue that Layvin Kurzawa’s performance, with an in-form attack-minded left-back required against Real next week, was not good enough. Aside from that, though, there were no major worries for Emery on display.

7 — Emery went for the strongest starting XI that he could in Troyes and made light of various absences by aligning a team that was ultimately able to win by a clear margin.

GK Alphonse Areola, 7 — Trapp was expected to start in goal after Areola’s recent injury and with Real so close, but the Frenchman was given the nod and did not disappoint.

DF Thomas Meunier, 6 — It was a balanced display from the Belgium international, who strung together two consecutive starts and looked better for the consistency.

DF Thiago Silva, 6 — In a match in which Emery needed his central defenders to not take too many risks, the captain did what was required of him and nothing more up against a weak Troyes attack.

DF Presnel Kimpembe, 6 — Paired alongside Silva for the second straight match, the Frenchman combined with the Brazilian to help the defence to keep another clean sheet.

DF Layvin Kurzawa, 4 — While Meunier offered balance on the right, Kurzawa offered little on the left. Defensively, the France international is known to be a weak link, but Emery will not need him for his defensive ability against Real next week. However, he also offered little going forward here and that is usually his trump card over positional rival Yuri Berchiche.

MF Lassana Diarra, 7 — Aside from a second-half yellow card, the France international put in a good performance and his experience, combined with his current level of match readiness, will give Emery something to consider for next Tuesday.

MF Giovani Lo Celso, 6 — On the receiving end of a horrible tackle from Troyes captain Karim Azamoum in the second half, which got yellow when it merited red, the Argentina international was eventually withdrawn. Overall, it was a solid, but unspectacular, afternoon’s work.

MF Adrien Rabiot, 6 — Replaced by Motta after 60 minutes, the Frenchman looked decent in Troyes and is ready to be a key player against Real.

FW Julian Draxler, 6 — Deployed as something of a false nine as Emery kept the possession-based 4-3-3, despite a lack of manpower, the Germany international fared well and teed up Di Maria for the opener.

FW Christopher Nkunku, 6 — Given a rare 90-minute outing, the youth academy graduate scored late on after going close a few times during the match.

FW Dani Alves, 6 — Sent on after 57 minutes to relieve Di Maria, the Brazil international played on the wing and assisted Nkunku’s strike.

MF Thiago Motta, 5 — Brought on with 29 minutes left, the veteran Italian looked up to speed, physically, but sloppy on the ball.

FW Timothy Weah, NR — The 18-year-old U.S youth international was handed his senior debut as a 79th-minute replacement for Lo Celso and the son of former Ballon d’Or winner George Weah was denied a debut goal by the superb Erwin Zelazny as one of a number of good saves made.