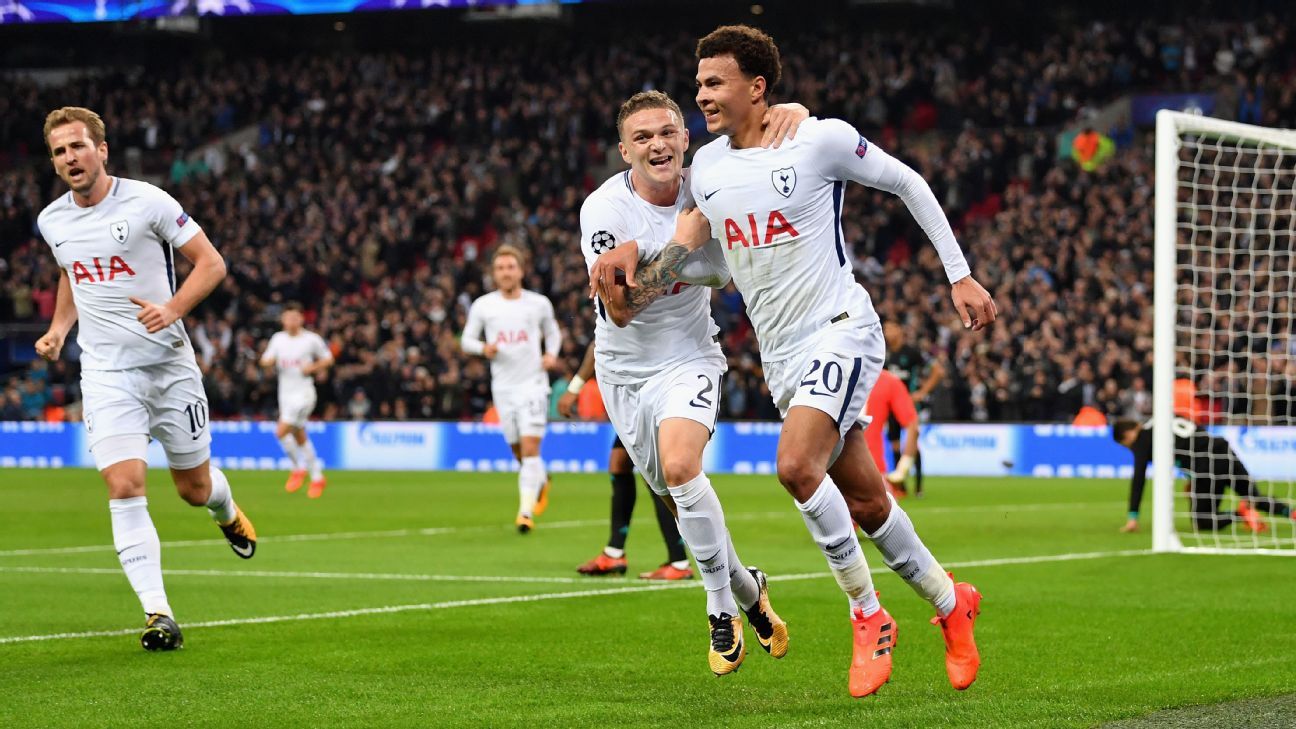 
LONDON — Dele Alli believes Tottenham are now among Europe’s elite after the 3-1 win over Real Madrid and says the final step for the club is to find consistency.

Alli scored twice and started the move leading to Christian Eriksen’s third goal as Spurs secured a place in the Champions League round-of-16 and inflicted a first group-stage defeat on Real since October 2012.

Afterwards, Mauricio Pochettino said Spurs are now among the best teams in Europe and Alli echoed his manager, saying: “I’d like to think so too. As players we’re confident in ourselves and we know how good we are as a team. Nights like tonight show we are a great side and it’s just about making it consistent now.

“You want to be playing the likes of Real Madrid and Barcelona and it’s important we don’t just compete against these teams, but win as well. I’ve said all along that we’re a top side and nights like this show we are. Everyone is buzzing. We know how good we are as a team.”

It was Alli’s first Champions League appearance of the season after a three-match European suspension and he said he feared for his place in the team after Spurs comfortably beat Borussia Dortmund and Apoel Nicosia and drew 1-1 in Madrid without him.

“It’s difficult to be on the sidelines watching the team. I thought it would be difficult to get back into the side. I am happy and thankful the manager gave me a chance, I am happy I could repay with the two goals,” he said.

“It’s horrible when you’re not involved and you’re watching the team, you just want to get out there and help and fight for the team. I was looking forward to coming in, getting back in the team and it was a great performance by everyone today. It was nice to get the two goals but more importantly we won.”

Madrid coach Zinedine Zidane, the only manager to win back-to-back Champions League titles, believes Spurs can win this year’s competition, and striker Harry Kane says they have to believe they are genuine contenders.

“Definitely, why not? We’re not going to get too ahead of ourselves but we’ve got to believe,” Kane said. “Four games in we’ve qualified and we’ve got a good chance of finishing top. I think everyone doubted us at the start of the group stage but for us, of course you’ve got to believe.

“There’s a lot of teams that can go on to win it. We’ve had a fantastic campaign so far but sometimes it can change around quick so we can’t get too ahead of ourselves. There’s a lot of good teams. Of course Madrid still look like they’re going to qualify. You’ve got all the big teams — Barca, Juventus, Bayern. It’s not something we can think about yet. We’ve just got to see how it goes, see if we can finish top and go from there.

“Everyone watching that will not want to play us. We know we can perform like that, it’s just about doing it consistently.”

Kane added: “Even in the Premier League it will give us big belief that we can go on and do good things. Just against the bigger teams, especially away from home. Getting a draw at the Bernabeu was good and we’ve got to start doing that in the Premier League against the top-six sides. Of course winning the game against Liverpool helps. Man United was obviously disappointing for us, but we’ve got to build on this, build on this belief. It shows we can beat anyone on any day so it’s just about getting that consistency.”

Fernando Llorente, who replaced Kane late on, told beINSports: “To beat Real Madrid 3-1 is something marvellous. You don’t win games likes this every day. We never allowed Real Madrid to feel comfortable and we have to continue on this path.

“I’m certain this result will give us plenty of confidence and we’ve proved that this team is ready to do beautiful things this season. I expected the best Real Madrid, the one of the big nights but they faced a great team today. Not every day they can be at the high level they usually are at.

“Thanks to our good play they looked lost. But you can never leave Real Madrid for dead. I’m convinced they will fight for the top spot because it’s very important.”