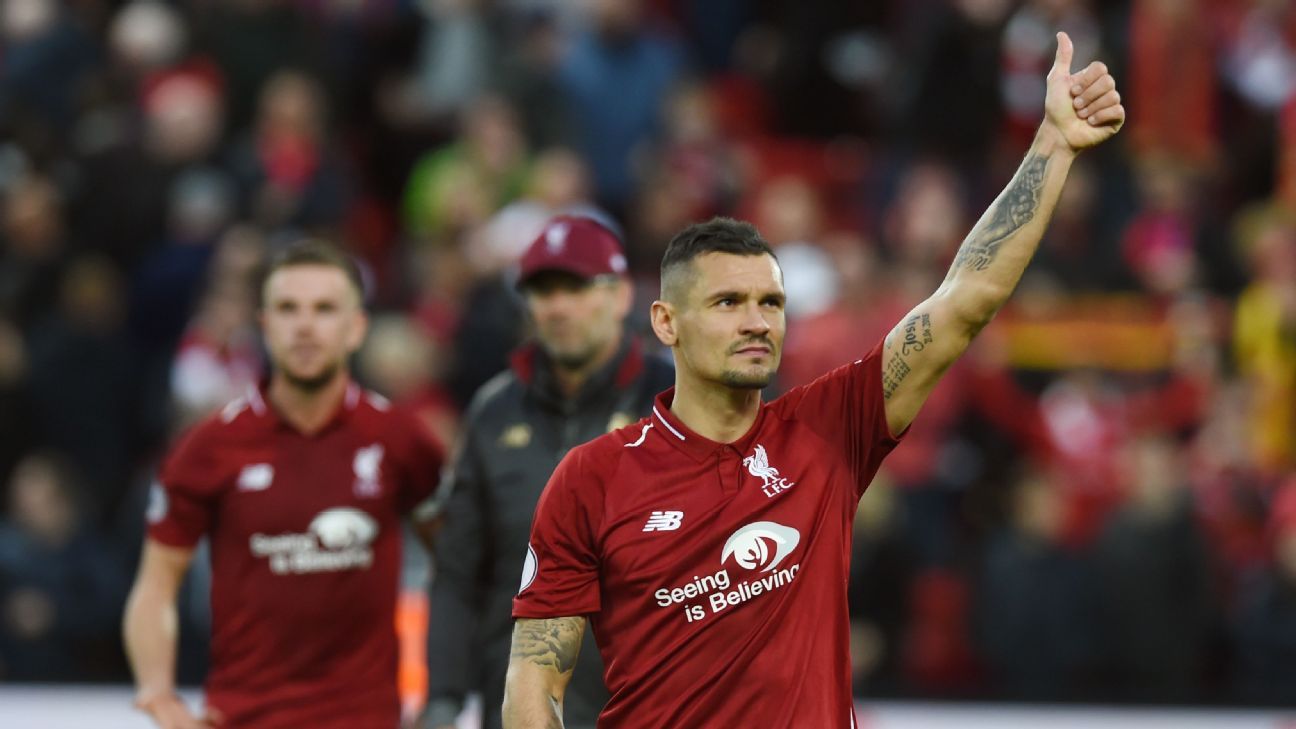 
There were none of the fireworks seen in last season’s encounters as Liverpool and Manchester City cancelled each other out at Anfield. City had marginally the better of the chances, including a late penalty that was blasted into orbit by Riyad Mahrez.

Not losing the game.

This just doesn’t look like Liverpool at the moment. The explosiveness and swagger of last season isn’t there and it may now be time to mix things up in attack and give Xherdan Shaqiri an opportunity to show what he can do.

7 — Sprung a surprise with his team selection by recalling Dejan Lovren and switching Joe Gomez to right-back in place of Trent Alexander-Arnold. It worked to a degree; the defence was solid but the attacking thrust of Alexander-Arnold was sorely missed. Klopp’s tactics largely nullified the threat of City but with Pep Guardiola doing the same to Liverpool, it made for a disappointing spectacle.

GK Alisson Becker, 7 — Decent enough with his distribution barring one poor clearance. Had very few shots to save or crosses to deal with. His imposing frame bouncing around on his line probably contributed to the poor spot-kick from Mahrez.

DF Joe Gomez, 7 — Strong defensively and comfortably had the number of Raheem Sterling. Got forward when the opportunity arose and put a couple of excellent crosses in.

DF Dejan Lovren, 9 — Eyebrows will have been raised by his recall to the side but he justified his manager’s faith with an accomplished performance, capped by two excellently timed challenges in one-on-one situations late in the game.

DF Virgil Van Dijk, 7 — Masterful display almost ruined by a needless challenge on Leroy Sane that gave City a late penalty. Fortunately for the Dutch international, he was not punished.

DF Andrew Robertson, 7 — Back to something close to his best after a couple of below-par displays. Made a rampaging start with some typically determined runs down the left flank. More subdued after the break but stuck to his task well.

MF Jordan Henderson, 8 — Good display from the skipper. Got through an incredible amount of work closing down spaces and harassing City’s canny playmakers. Used the ball efficiently even if a little on the safe side at times.

MF James Milner, 6 — Started the game well but his afternoon came to a premature end midway through the first half when he seemed to tweak a hamstring.

FW Mohamed Salah, 5 — The tormentor in chief against City last season, but things are not going his way so far this year. Very well-contained by City but still had two decent opportunities to score and failed to take either.

FW Robert Firmino, 5 — Plenty of effort but made very little impression on the game and was replaced by Daniel Sturridge midway through the second half.

FW Sadio Mane, 5 — Ran around a lot but to very little effect. Got no change out of the pacy Kyle Walker and grew increasingly frustrated at a lack of protection from the referee.

MF Naby Keita, 5 — Replaced the injured Milner but failed to really make any great impact. Yet to show why Liverpool were so excited to land him in the summer.

FW Daniel Sturridge, 6 — Showed some decent touches and at least managed an effort on target, albeit a tame one that was never going to test the keeper.