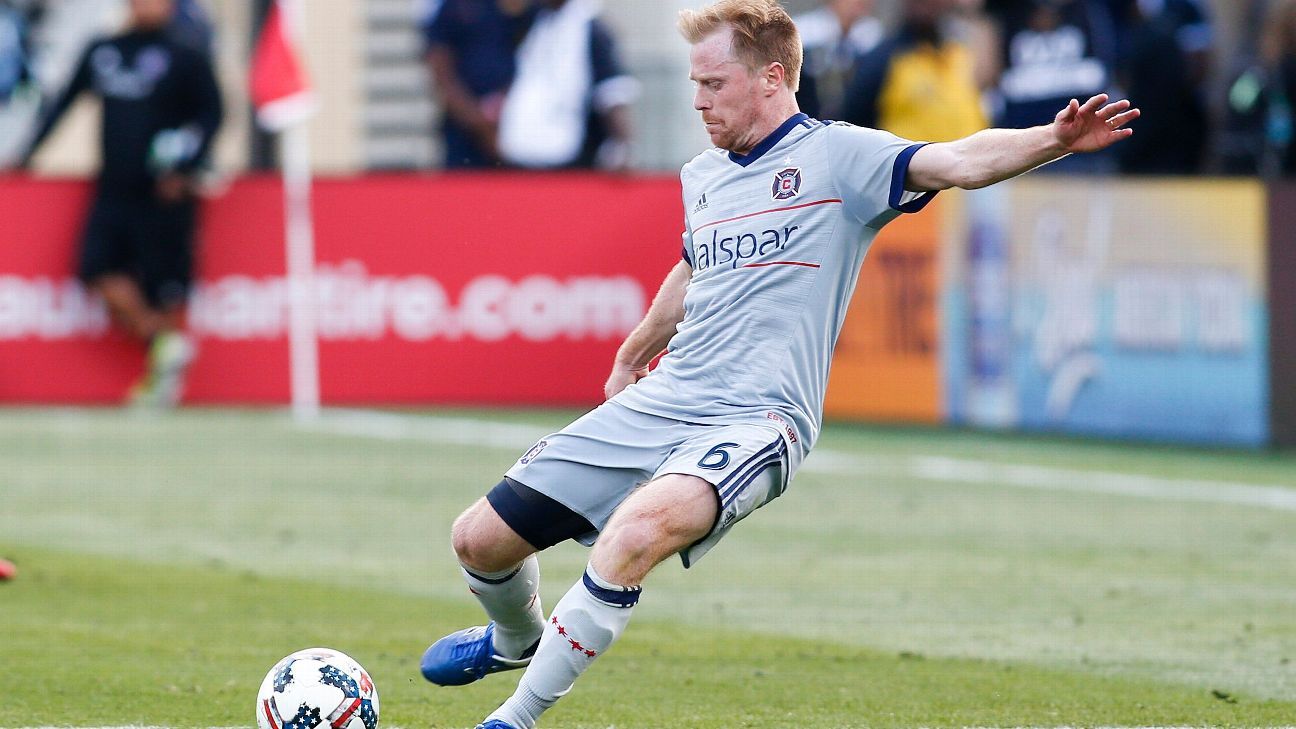 
After being afforded a second chance with the U.S. national team by Bruce Arena, Dax McCarty says he’s taking nothing for granted as he eyes a spot in the 23-man squad that will go to Russia for the World Cup next summer.

McCarty, 30, has had a somewhat transitional year after being traded in January from the New York Red Bulls to Chicago, which won its only Major League Soccer championship in 1998, and being given a return to the U.S. national team for the first time in six years.

“It’s given me a lot of confidence,” McCarty said of his success for club and country this year ahead of a Gold Cup match against Panama on Saturday. “Obviously with Chicago, we’re having a really good season. The change was tough at first, but I think now that I’m settled in, I think it’s been fantastic for myself and my family.

“I feel like I’m playing some of the best soccer that I’ve played in my career. I’m really happy with where I’m at mentally and physically. I absolutely think it can translate.”

The U.S. tied Panama 1-1 in a March 28 World Cup qualifier at Panama City, though both teams are missing many top players for the Gold Cup. The U.S. has 30 wins, one defeat and three draws in Gold Cup group play against its Saturday foe, losing to Panama in 2011.

Panama tied the Americans in the first round two years ago, then won on penalty kicks in the third-place match.

“I think we’re going to face a team a little different than the team we saw in Panama in March,” Arena said. “They have some of those players not here. But we saw in Panama that they’re a very physical team. They put a lot of pressure on the ball.”

The Gold Cup can struggle to gain traction amid a crowded soccer schedule, particularly in the year before a World Cup. The Confederations Cup just finished Sunday and some European clubs will soon be playing preseason exhibitions across the U.S., but the importance for American players in the current squad isn’t lost on McCarty.

“The second goal is to try to find guys who will continue to be able to contribute to the team for World Cup qualifiers and eventually in the World Cup next year. I think our team has a lot of depth. We’ve got a lot of good players in this pool, so the competition is fierce. Anytime you get a chance to step on the field when the so-called regulars aren’t here, you want to make a good impression.”

World Cup qualifying resumes Sept. 1 against Costa Rica with McCarty and others trying to impress the coaching staff and potentially earn spots on next year’s 23-man roster for Russia

Arena says that during his years as an MLS coach, he often tried unsuccessfully to trade for McCarty, who has made the most of the chance the U.S. boss that replaced Jurgen Klinsmann has given him. He started a February exhibition against Jamaica and performed particularly well on Saturday in a 2-1 exhibition victory over Ghana, his seventh international appearance.

“You can argue that if a coaching change wasn’t made, I probably wouldn’t have ever played for the national team again,” McCarty said. “It’s benefited me greatly, obviously. I don’t take these opportunities for granted. I almost appreciate it more, I think, than some guys because I’m a little bit older and I don’t know how many times these chances will come around again.”

At the club level, the MLS standings show the impact McCarty can have on a team.

New York traded McCarty on Jan. 16, two days after his wedding and the former Red Bulls captain tweeted at the time that the move had “blindsided” him.

But he’s made himself at home with his new club. McCarty joined a team that posted the league’s worst record last season and has helped Chicago move to the top of the Eastern Conference.

“It’s been a really, really positive year so far,” McCarty said. “Obviously started the year with not the most ideal circumstances, little bit of a shock to the system. But fast forward six months and I’d say that other than the unfortunate situation with the trade, it’s been one of the best years of my career.”