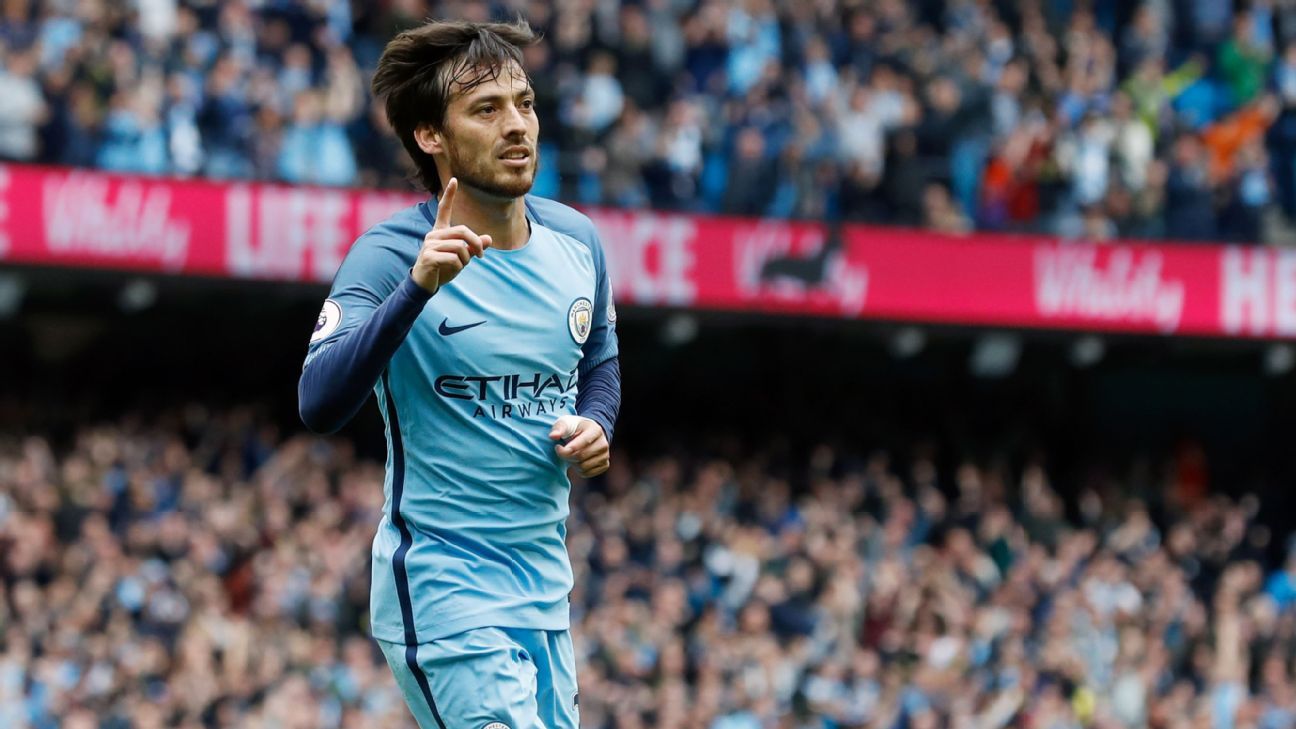 
David Silva has told the Daily Mail he would like to end his career at Manchester City if he is able to keep on playing at a high level in the Premier League.

Silva, 31, joined City from Valencia in 2010 and has gone on to win two Premier League titles, the FA Cup and two League Cups since then.

The Spain international is currently contracted to City until 2019 but is hoping to extend his stay at the Etihad Stadium and ideally retire at the club.

“I’m very happy to be at City and I would like to continue there for as long as possible,” he said. “It obviously depends on my health, my quality on the pitch and if the club want me to stay.

“I would like to be there until the end but the Premier League is such a hard league to play in. It is much more physical than somewhere like La Liga, so it depends.”

While Silva has won a number of trophies since joining City, he ended up empty-handed last season as the club finished third in the Premier League in Pep Guardiola’s debut campaign.

But with City having already brought in Bernardo Silva and Ederson Moraes this summer, the midfielder is confident they can mount a title challenge next season.

“Since I was a regular in the team, this hasn’t been the best year because we haven’t won any trophies but we’re sure that next year it’s going to be better,” Silva said.

“We did not win anything last season. The aim for the future is always to win titles, become champions of the Premier League and more. Guardiola is bringing players into the team and we need them.”

Silva is also confident that Guardiola will prove to be a successful manager for City.

“He sees football. He feels football. And he is able to express this in words to his players,” Silva said. “He is the best I have worked with. Sometimes he likes to get on the ball in training. He’s very, very good — he’s definitely not lost it.

“Guardiola has helped me so when I receive the ball I have space. The way Guardiola plays suits me, it enables me to get into space in attacking positions.

“The thing he does is he gets me to concentrate on seeing where I can put the ball. There is always some space to put it into. I am always trying to find those areas, it makes us attack better.”