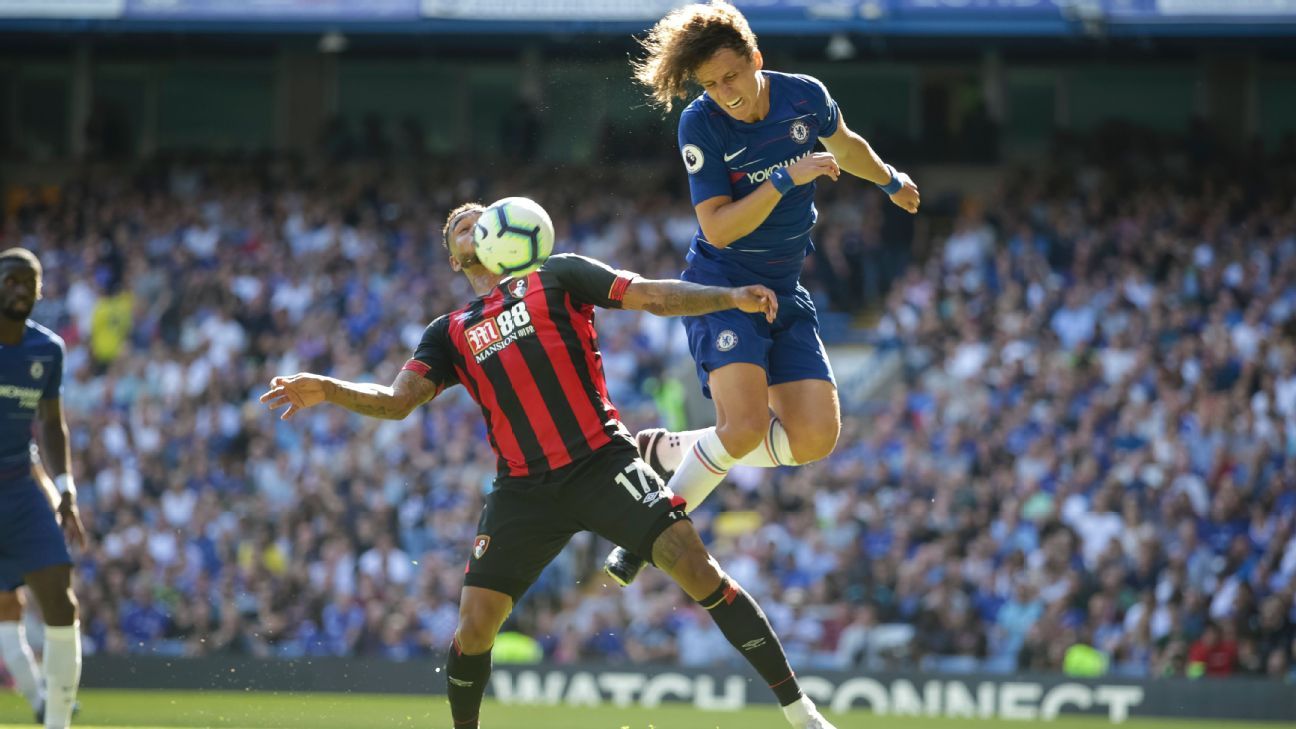 
After registering a perfect start to his tenure in the Premier League with four wins from four, Maurizio Sarri might be forgiven for thinking that managing Chelsea is not such a difficult task after all.

With the presence of a genuine world class talent in Eden Hazard and weighty signings in the form of Jorginho, Kepa Arrizabalaga and Mateo Kovacic, perhaps a 100 percent record should not have been so unexpected after all.

And yet Sarri is posed with a conundrum in his defence that he will be chewing over constantly over the coming months. Despite Antonio Conte’s success in reintroducing the back three to English football, the appointment of the former Napoli boss always meant that a more traditional back four would be implemented. That back four was also always going to be positioned considerably further upfield than Conte’s defence, one that was there as a defensive shield rather than the first line of attack.

But perhaps the most notable change that Sarri made upon taking the Chelsea job was to bring David Luiz back into the fold. The flamboyant Brazilian had barely featured since last August after falling foul of Conte’s authoritarianism and his days in west London seemed numbered until the change in manager. Many have raised their eyebrows at the inclusion of the much-pilloried centre-back, especially given the other options at Chelsea’s disposal. That view, however, fails to take into account those undoubted qualities that Sarri so clearly values.

Although often unfairly derided as a show-pony with no positional discipline, it should be remembered that Luiz was the lynchpin of the defence that cantered to the Premier League in 2016-17, indicating he has more defensive nous than for which he is often credited. More pertinent for Sarri are Luiz’s qualities on the ball and his impressive range of passing that can be used for recycling possession as well as launching attacks. Equally, Luiz is confident playing further up the pitch where the new boss wants his team to be stationed as often possible. Factor in his passion and leadership qualities and his return to favour suddenly doesn’t seem so surprising.

With Luiz, however, nothing is quite that simple and there remains a sizeable question mark against his levels of concentration. He completely switched off at Newcastle to allow Joselu a free header to equalise in Chelsea’s eventual 2-1 win at St James’ Park. He was sloppy and unreactive on two occasions in the 2-0 win against Bournemouth and was incredibly fortunate that neither infraction resulted in a goal. And he was far from commanding in that torrid 10 minute spell before half time against Arsenal when two goals were conceded and an otherwise commanding performance almost turned into ignominious defeat.

Of course, Luiz is just one of a pair of centre-backs and responsibility for keeping the back door locked also resides with Antonio Rudiger. The Germany international, however, has been a paragon of solidity in comparison. Although capable of hitting raking passes, his game is much more concerned with physical dominance, aerial prowess and using his deceptive pace to cover the space behind. As such, he has proved to be a huge help to Luiz and has been there to bail out his twinkle-toed defensive partner on more than one occasion.

Together with Luiz and the other members of the back four, Rudiger is still getting to grips with the new defensive system and, understandably, there have been plenty of teething issues. There have been several times when the positional balance has not been correct and Chelsea can be thankful that their opponents have failed to take full advantage of the confusion.

Another key difference can be seen in Rudiger’s attacking ambition. Last season the 25-year-old could be regularly seen surging upfield to add urgency to the play and supplement the forwards though that has been almost invisible this time round as a result of less cover at the back. But his instincts have not been totally curbed, as seen by his rasping drive from 30 yards out against Newcastle that rattled the frame of the goal.

In theory, the stylish if inconsistent Luiz together with the rugged and powerful Rudiger could prove to be a very smooth blend. Their contrasting qualities have the potential to dovetail into an effective unit. While two clean sheets in the opening two games is certainly positive, the true test of this nascent defensive partnership will be seen in the coming weeks.

The fiery atmosphere away at West Ham — a fixture that Chelsea lost last season – and the dynamic, clinical forward line of Liverpool await Luiz and Rudiger before the end of September. Everybody will be watching with interest, not least Gary Cahill and Andreas Christensen on the substitutes’ bench, to see how they fare.